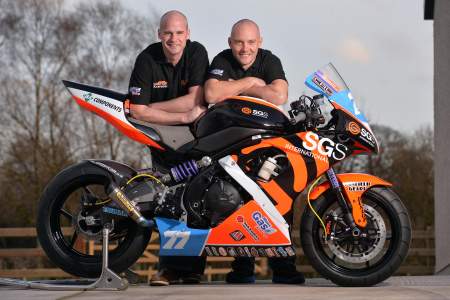 Coming out of short-lived retirements, TT rivals Ryan Farquhar and Keith Amor are to return to the racing at the Isle of Man TT in 2014, as team-mates.

The pair will race on identical Kawasaki 650cc ER6 bikes in the 3-lap BikeSocial.co.uk Lightweight TT Race on Friday 6th June 2014.  The bikes will be prepared and run by Farquar’s KMR Kawasaki team.

Ryan Farqhuar, 37, from Dungannon, Northern Island, raced at the TT from 2002 until 2012 amassing 3 wins among his total of 13 podiums.  One of his 3 wins came in the 2012 Lightweight race so Farqhuar will be out to add to his tally in a race that he’s won before.  He retired from racing with immediate effect after the 2012 Manx GP following the death of his uncle, Trevor Ferguson. 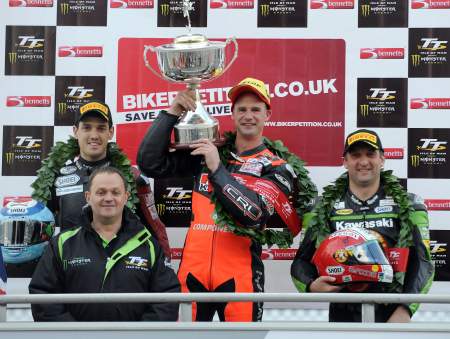 Keith Amor, the 41-year old Scotsman, managed five TT podiums between 2008 and 2011 and is one of only a handful of riders to have lapped the Mountain course at over 130mph average. He retired from racing after the Ulster Grand Prix in 2011 citing a troublesome shoulder injury which he injured in a practice accident at Quarter Bridge at the TT earlier that year as the cause.

Speaking about the news, Ryan Farquhar commented: “My heart is still very much in the TT and I want to be part of what happens on the track again. I also want to develop the KMR ER6 Kawasaki package further and the best way to do that is to ride the bike myself so I can fully evaluate the changes I’m making. But the deciding factor for me was to have the opportunity to team up with Keith Amor. Keith was the hardest rider I have ever ridden against and I have always had the upmost respect for him as a rider and a person. I am delighted to be welcoming him to KMR Kawasaki.”

Keith Amor added: “When Ryan called me with this opportunity it didn’t take long to say yes. Ryan and I have always had a lot of mutual respect from our days racing together in Ireland and I know better than most how good a bike he can build. I’ve never ridden a Supertwin machine but I guess if you are ever going to ride one, they don’t come much better than a KMR machine. I’m looking forward to getting back out on the TT Course with no pressure and just concentrating on having lots of fun.”