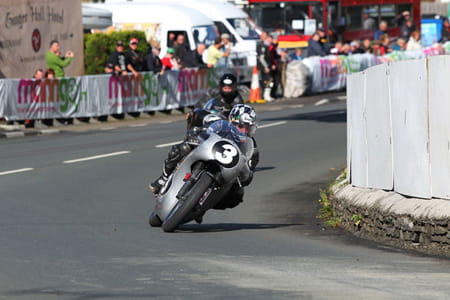 Leading modern day TT greats will do battle with established classic racing stars on a superb array of machinery in this year’s Bennetts 500cc Classic Race. With multiple TT and Manx GP winners and world-class teams from across the globe, the 92-strong entry is set to rival that of any modern day event on the 2013 international road racing calendar.

Current King of the Mountain John McGuinness and Michael Dunlop – the man who dominated this year's TT races meeting with four victories – are set to relive their TT battles from June as they go to head-to-head in the opening event of race week on Saturday 24 August. McGuinness will ride the Team Winfield Italian Paton machine, previously taken to numerous race wins by Ryan Farquhar, while Dunlop will board a Norton from the Molnar Manx stable that will run in the colours of his own MD Racing Team. 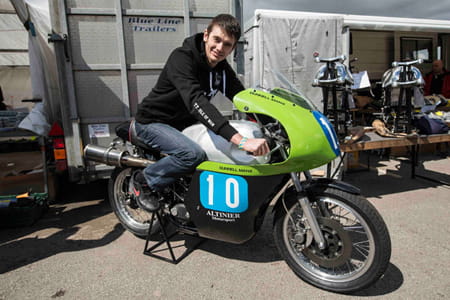 However, they won’t have it all their own way with no less than eight out of the first ten starters from the PokerStars Senior TT Race in the entry including Cameron Donald and Bruce Anstey. Other TT Race stars include Guy Martin, who will also be Norton-mounted, riding for Team Molnar Manx while Gary Johnson lines up on the Lincs Lifting Ltd MV Agusta, and Manxman Conor Cummins has appropriately elected to ride Tony Dunnell’s Manx Norton. James Hillier and William Dunlop have both chosen Honda machinery with Hillier campaigning the CSC Racing Honda and Dunlop on the Davies Motorsport Honda.

However, the race is also packed with some of the very best Classic racers and not only will they be trying to upstage the TT riders, they have every chance of taking victory with their extensive experience of racing Classic machines. 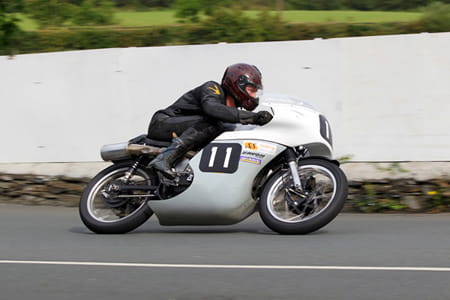 Leading the field off at number 1 will be Olie Linsdell on Giovanni Cabassi’s Paton with multiple Manx Grand Prix winner Roy Richardson going at number 8 on the FCL/Martin Bullock Manxsport Aermacchi. Ten seconds behind him will be Chris Palmer on Richard Shelton’s super-quick Matchless with Alan Oversby lining up on a second Davies Motorsport Honda, this time at number 14.