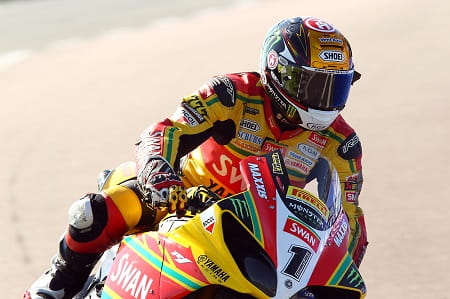 Tommy Hill is set to head up a new British Superbike team next season as the Be Wiser AP Kawasaki squad step up to the superbike class for 2015.

The 2011 British Champion quit racing at the end of 2012 and after a year with his family he began to look at a return to the paddock in a managerial role. Lack of funding curtailed a plan to run BMW S1000RR’s in BSB for 2014 but now Hill is set to make his British Superbike return as he takes on a ‘senior management’ role in Alan Greig’s Be Wiser Kawaswaki effort.

The team will run two Kawasaki ZX10Rs in the championship with support from Kawasaki UK. There is no word on who will ride for the outfit but rumour has it they’re interested in National Superstock 1000 champion-to-be Danny Buchan.

“This has been an ambition of mine for the past year, and something I have felt very passionate about being a part of” said Hill. “I will be heavily involved in most aspects of the management and team structure, as well as ensuring that the team provides a strong platform for any rider, team technician or team partner to be a part of. Working with the Be Wiser brand as an ambassador this year has also been a great way for me to understand the company and how committed they are to our new project. Be Wiser has been a great partner to the AP Kawasaki team in recent years, and they have all done a great job running their team with good results. With the Be Wiser brand now wanting to move up to British Superbikes, I am fully devoted to helping them make the transition be successful on and off the track along with all our new team partners.”