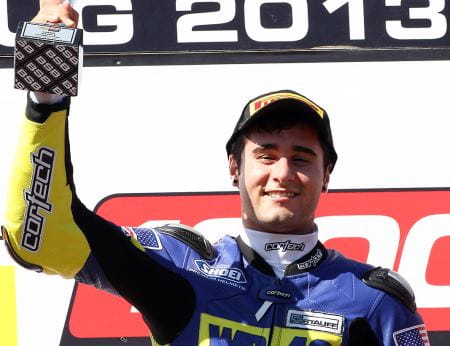 British Superstock star Tommy Aquino has died from injuries sustained as a result of a motocross accident while training near his home in California. Aquino took two podiums in the 2013 Pirelli National Superstock 1000 Championship, including victory at Cadwell Park last August during his first visit to the challenging Lincolnshire circuit.

Once an AMA Daytona Sport Bike race winner, the 21-year-old was to step-up to the British Superbike class this year with Brent Gladwin’s WD-40 GR Motorsport team. Aquino finished seventh in his debut National Superstock 1000 campaign, scoring points in all but one of the season’s 12 races.

A statement on the GR Motorsport website reads: “It is with massive regret that we confirm the extremely sad passing of our friend and rider Tommy Aquino. Tommy was a great asset to our Team and a welcome addition to my family.

“Tommy was enjoying a day with his father, Tom, and friend and became involved in a freak accident. The thoughts of all our team members, sponsors and friends are with Tom, Carrie and Michael as this tragic loss is shared.

“There are many wonderful pictures of Tommy being posted by many of his friends and fans for everyone to share. RIP #31 Tommy.” 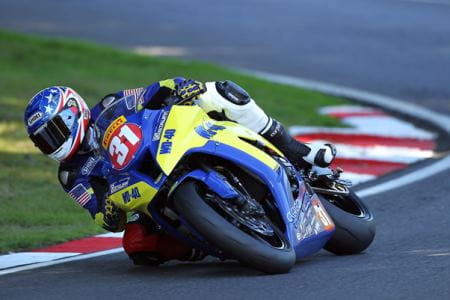 Social media channels have been flooded with tributes for the likeable Californian from fans, fellow riders and key figures of the motorcycle racing community.

“It is with extremely heavy heart I pass the news which reached us earlier that Tommy Aquino has died following a MotoX accident. RIP#31” tweeted British Superbike Series Director, Stuart Higgs.

Former MotoGP star and fellow American, John Hopkins tweeted: “Honestly so shocked and saddened to hear the news of Tommy Aquino. RIP Tommy #31! Thoughts and prayers go out to all his family and friends.”

All at Bike Social would like to extend our condolences to Tommy’s family, friends and team.