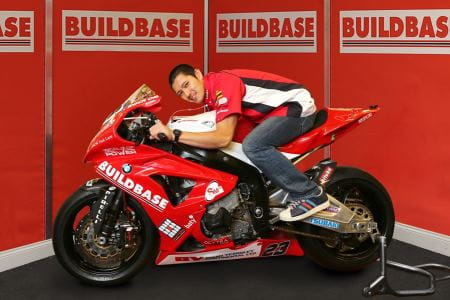 Ryuichi Kiyonari turned down the opportunity to become a test rider for Honda’s MotoGP effort to have one last shot at BSB with BMW, according to the Buildbase BMW Team boss.

The switch will see Kiyonari competing for a manufacturer other than Honda for the first time in his entire career. The three-time British Superbike champion makes the switch after failing to make an impression with the Fireblade in his last two British Superbike seasons, sometimes even struggling to finish inside the top ten.

Kiyonari’s first two British Superbike titles came in 2006 and 2007, seeing him earn the title of most successful British Superbike rider ever. A brief foray into World Superbikes proved unfruitful for the quiet Japanese rider seeing him return to the British Superbike grid in 2010. After a steady start that season, Kiyonari went over to take the title from Josh Brookes and Tommy Hill but he struggled to find his rhythm the following year aboard the Fireblade. While he still made the showdown, he failed to make an impact on the title fight

Kiyonari left BSB again at the end of 2011 to compete in Asia, in which he won the All Asian Road Racing title before returning to Britain for another crack with Honda last year. He struggled throughout the season despite small breakthroughs which would see him on the podium but when his team mate, Alex Lowes was consistently running at the front it wasn’t looking great. Kiyonari’s separation with Honda came before the team eventually decided to pull out of British Superbikes for 2014 but both Honda boss, Neil Tuxworth and Kiyonari’s new BMW boss agree that a change was probably for the best.

“What people probably won’t realise is how desperate he is to prove himself as he doesn’t want to go out on a low. He even turned down the test ride with Honda for the MotoGP bike.”

“We signed him one week after the last round, he was very keen and he’s desperate to prove that he can win again. I had a package together that gave him bonus money for first, second and third but he told me he didn’t want any bonuses for second and third, only wins. I’m happy with that; if he’s talking that confident then we’ve seen in the past that he can do it.”

“You can’t question Kiyo’s talent, look at his record. I’m not interested in what went on at Honda last year, all I’m interested in is my team and I think we can love him as a family team and get him going again.”