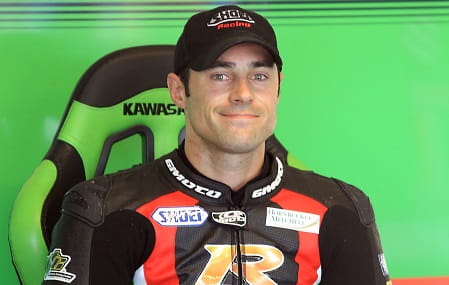 Gary Mason will make a return to the British Superbike paddock at next weekend as he joins the Anvil Hire TAG Kawasaki squad ahead of the fifth round of the series at Brands Hatch.

The Lichfield rider hasn’t been seen in the British Series since the mid-2012 but will make his return at the Kent circuit deputising for injured Aussie champion Mitchell Carr aboard the ZX10-R Superbike. Three-time a British Superbike podium finisher, Mason won the British Superbike Privateer Cup in 2009 with Quay Garage Honda.

TAG Racing, widely known for their success in the British Supersport championship, made the step up to British Superbike in 2014 with Carr, who injured his shoulder at Snetterton, and Richard Cooper who has achieved numerous top ten finishes so far for the team. Mason is no stranger to Kawasaki machinery having spent two-and-a-half seasons on the ZX10R in BSB.

"I met with the team last week at their workshop and was very impressed with the set-up” said Mason.

“Brands Hatch is a great circuit. I’ve had success there in the past and I love both the track and the atmosphere. My return may be a surprise to some fans but I see this as a real opportunity to relaunch my career. I recently lost one of my best friends in Simon Andrews and his motto was ‘never give up’. You’ve got to want it and I am really hungry. All you can do is give it 100% and I can guarantee that I will be giving it all I have at Brands Hatch.”