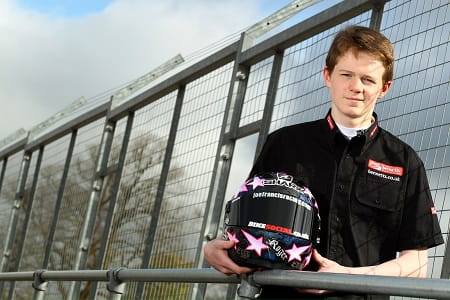 The Bennetts ambassador will join the grid for the first time this weekend at Oulton Park aboard his new Yamaha R6 after being unable to get out on track during the first round at Brands Hatch due to a lack of pre-season testing.

Francis got his first taste of the R6 last week at Donington Park, ahead of the official British Superbike test at Oulton Park last Friday. The sixteen year old was back out on track at Donington again yesterday ahead of his season starting at his home track this weekend.

Last year the youngster took three victories on his way to the 2013 British Moto3 championship, only missing out on the podium twice during the season.

On joining the Superstock paddock for 2014, Joe told Bike Social: “It’s a new challenge which should be fun.  We’ll be looking to get to used to the 600 as quick as I can but take my time, don’t want to hurt myself. Hopefully set up for a good strong championship and a contender. It’s so late in the year, I’m going to be a bit behind because we haven’t had as much testing and we’ve missed the first round! A few rounds we’ll be on their pace.  I want to be challenging for wins.” 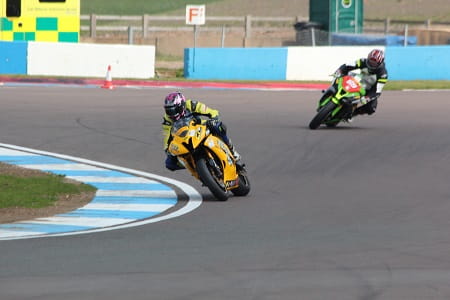 “I’ve never raced a 600! It’s definitely going to be new for me and hard to learn but I’ve got the right people around me so I know I can do it.  I’m looking for them to help me adjust to the power.  I’ll need to change my training programme a little, I don’t want to put any muscle on because of the weight and Roger Marshall will help me get used to the bike because he’d ridden them and I’ve put every faith in him.”

“Scott Redding has been giving me some advice on what to do and what not to do with training. He’s been there, he’s done it.  My aim is Moto2 to then get to MotoGP and he’s been there as a championship contender so I’ve got to listen to him because he knows what he’s doing.  In a few years’ time, if we can be in that position, I‘ll definitely be very happy.”

With the season having already started, Joe knows he faces a tough challenge with there being some very fast riders in the Superstock 600 category.

“I think Andy Reid will be there, for his aggressive style, it should be fun racing against him again. Kyle Ryde my team-mate will be there, Mason Law too as well as the experienced lads.  I’ll be one of the youngest on the grid but I’m confident in myself and everyone around me. I don’t see them as more experience, I just see them as someone that I have to beat.”