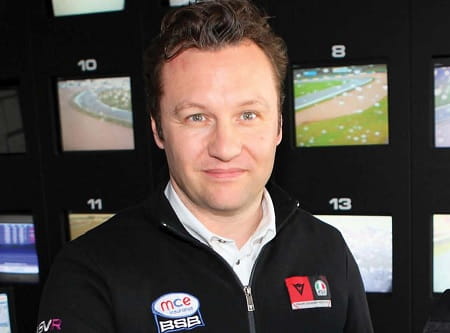 The British Superbike Championship is one of, if not the, most popular domestic racing championships in the world. Tens of thousands of fans rush through the gates at venues such as Brands Hatch, Cadwell Park and Silverstone plus millions more watching across the globe on TV.

If you speak to British Superbike bosses, they will openly tell you that the series’ main priority is entertainment. The importance of capturing fans attention is recognised well in BSB and this is partly the reason for the exciting racing seen weekend in weekend out.

For 2014, 30 riders line up on jam-packed grid full time with numerous wildcards planned across the year. The grid boasts nine former British Superbike race winners and two multiple champions. What does it take to put such a strong grid together? We caught up with the series’ director, Stuart Higgs, ahead of the 2014 season start to find out.

Stuart, the grid is looking strong for 2014, another strong year for BSB?

“Yes, we’re happy. Entries took a little bit of a dip last year but have recovered satisfactorily this time round. The count is something like seven new teams coming into the premier class which is testament that the regulations work and are accessible. It was shown last year with teams like Martin Halsall’s, in only their second full time season in our paddock they achieved podiums.

It’s interesting because you see other championships now wrestling with how to change regulations, in particular the electronics. We don’t want to stifle evolution and progress however it was clearly the one factor that could have really risked the championship so I’m pleased that in 2009 we had the vision to make some changes which have since been adopted in other championships and I can tell you, if we hadn’t done it we would now be in a very difficult place. There are some great expectations for this season, it’s a big buzz.”

You’ve got six strong manufacturers on the grid for 2014…

“With the natural conditions forced upon us by the motorcycle market you don’t get updated models of motorcycles as much as you once did so there is a bit of fashion attached to it, the Kawasaki is clearly a bike that is user friendly as sixteen bikes out of thirty one are of that one manufacturer but as history shows, it’s happened before. TZ750s were once the bike of choice and I don’t remember too many people complaining about that.

“I think as an objective for this year we would like to see a better spread of manufacturers at the top and I think it will come naturally. The BMW’s have taken slightly longer than we thought they would to get right up there but they’ve been in the showdown for the last two years and there are now five S1000RRs on the grid so that’s really good.

“Smrz has brought a new lease of life to the Ducati and has now had a season on our tracks so with his clear affinity for twin cylinders he should now be a force. The Yamaha is still very strong as Josh proved at Donington and the Suzuki isn’t slow either, it won the last three races of last season so it all bodes well.

“The four cylinders have been on the money from the word go since changing the regulations, we were really careful and gave a bit of help to Yamaha with their airbox and Honda having the airbleed system and that’s the fine art of getting regulations right: You have to make careful decisions to get equality across the manufacturers. The Ducati is still a working progress as it’s not done so well in World Superbikes either despite the freedom of regulations. We’re looking at some things to move the Ducati along. It’s a little sad that we haven’t got full-time Honda representation as looking at Da Costa’s time from Snetterton that bike is still competitive and I think if they can have a good year this year they will fulfil their commitment to come back full time in 2015.

“What’s interesting is we’ve seen World Superbikes throw their rule book out of the window to allow what I’d call boutique manufacturers in so that’s an interesting move so maybe some of that will come our way as well. But until WSB sort out the top end of their field, where you’ve basically got prototypes masked as road bikes, the EVO type Bimotas etc will never get a look in, but it does look good for the future.”

Why would you say British Superbikes has such a strong following?

“We focus on the quality of entertainment in BSB, it’s both competitive and accessible. We’re pushing the series hard, at Snetterton for two days running we opened the gates for free and for some of people there it was their first experience of Superbikes and hopefully they’ll come back.7

“It’s initiatives like that together with the strong, carefully orchestrated TV broadcast – over three hundred hours a year – on Eurosport and crucially free to air on ITV, pan-Europe and pan-Asia and now critically moving into North America at a time when even the domestic US championship can’t get on TV! Recently there have been some big things with Discovery taking a big stake in Eurosport so to be able to be involved with one of the biggest media brands in the entire world bodes well for the future.”