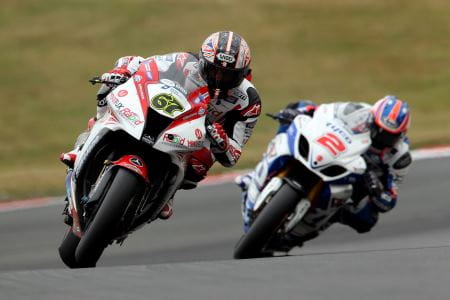 British Superbike organisers, MSVR, have announced a shake-up to the showdown system for 2014 which will see more emphasis placed on results achieved in the first part of the season.

The ‘Showdown’ was introduced in 2010 as a means of ensuring the BSB title fight would go down to the last round and has been pretty successful in doing so. However the shakeup did not come without critics. One of the biggest qualms raised by both riders and fans was that the new system reduced the value of results achieved ahead of the showdown.

In the first half of the season, alongside the standard championship points riders are also awarded “Podium Credits” for finishing in the top three in a 3-2-1 points format. At the end of the “main season”, the top six riders’ main points are rounded up to 500 and their tally of podium points is then added to this ahead of the final three rounds; ‘The Showdown’.

To place more emphasis on results achieved in the main season, BSB bosses have amended the amount of points awarded as podium credits to be five for a win, three for second place and one for third. This means a rider’s results in the first half of the season now have more of an influence in the overall standings while the championship chase is still likely to go down to the last round.

Lincolnshire's Alex Lowes won this year's title by seven points, under the new rules he'd have still taken the crown but by just a single point.