This weekend marks the first round of the British Superbike Showdown, held at the iconic TT Circuit Assen. Love it or hate it, over the last four years the showdown has produced some of the best racing ever seen in the British Championship and with the high calibre of 2014’s six title fighters, this year should be no different.

Once again the Showdown will be held at three circuits steeped in motorsport history, starting out this weekend at Assen in the Netherlands before returning to the UK for the penultimate round at Silverstone and the three-race grand finale at Brands Hatch.

The premise is simple, six riders have seven races to achieve one goal and that is to become the 2014 British Superbike Champion. The top six riders in the championship standings after Round 9 at Donington Park were elevated to 500 points plus any podium credits amassed during the ‘main season’. With just 61 points between first and sixth in the standings, mathematically any one of them can win it but realistically we’re looking at a three-way battle between Shane Byrne, Josh Brookes and Ryuichi Kiyonari. We thought we’d take a look at each contender’s season so far and their chances of clinching the coveted trophy come October 21st at Brands Hatch. 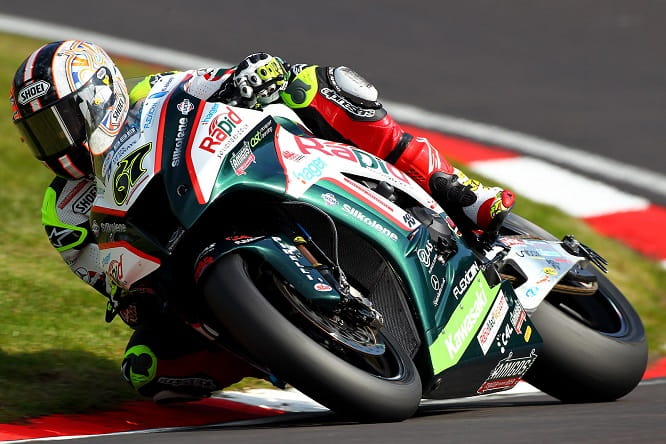 At the start of this season Byrne was the clear favourite and with the manner in which he dominated the first four rounds, winning six out of eight races, you’d have been a fool to bet against him securing a record fourth British Superbike title. However since the resurgence of Ryuichi Kiyonari at Knockhill, Byrne has struggled. In fact, he hasn’t won a race since the second outing at the Dunfermline circuit and even then he only won after several mistakes from Kiyonari.

It’s not that he’s had a terrible time of it, he’s finished on the podium in ten out of the eleven races since and only two of those podium finishes weren’t in second place, he’s just been unable to beat whichever of his rivals had the upper hand that day. Byrne’s early season dominance plus inconsistency from Brookes and Kiyonari gives the Rapid Solicitors Kawasaki man a 26 point championship lead but this is massively reduced from the hundred point gap he had prior to the showdown.

Byrne won just once in the showdown last season and missed out on the title to Honda’s Alex Lowes, so he should be fully aware that if he doesn’t return to winning ways imminently his championship chances could easily slip away. 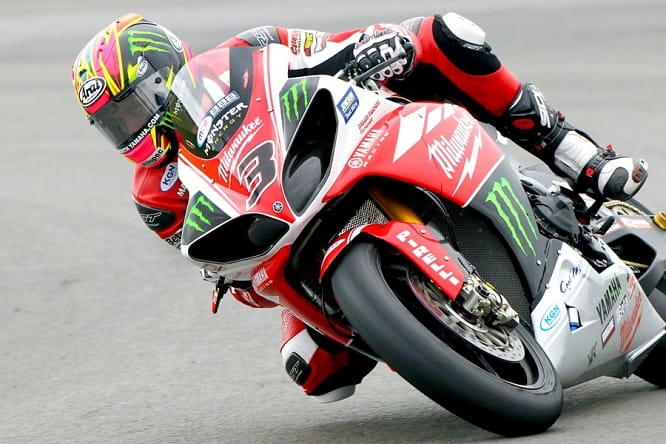 Brookes has not had a bad season on the Milwaukee Yamaha but a strong start was dragged down by a mid-season lull in which he missed out on the podium in four consecutive races.  On his day, Brookes is unbeatable but it seems that for him to win a race on the Yamaha he needs to be in front early on, just as he was at Oulton Park and Thruxton.

Early in the season it had looked as though the 2014 Championship would be a battle between Brookes and Byrne, but since Kiyonari’s resurgence Brookes has almost become the third wheel. He hasn’t won in two rounds and has been off the podium three times in the last four races including his disqualification at Cadwell Park. At Donington he struggled to maintain the pace of his rivals and this is something that’ll need to change if he’s to have a shot at the title. 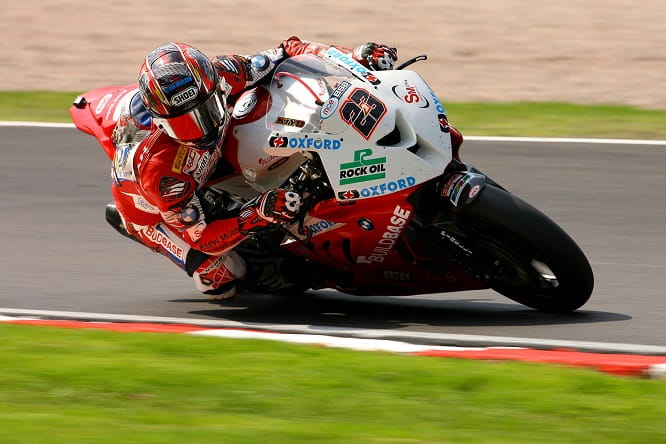 Since finding his form and clinching his first British Superbike victory in more than three years at Knockhill, Ryuichi Kiyonari has been a formidable force. Despite a shoddy start to the season, the BMW man has now won as many races as Byrne this season and after a dominant double at Donington Park it doesn’t look like he plans to slow down any time soon - even Byrne is surprised at the pace he’s able to run.

Kiyonari is on fire and if the past five rounds are anything to go by there are only two things that will stop him becoming the first rider to win a record four BSB titles: The first is whether his BMW S1000RR will be reliable enough in the next seven races; Kiyonari has already suffered technical issues in four races this season, just one retirement in the showdown could rule him out of the title fight.  Secondly, while he might be the fastest rider out there at the moment it doesn’t mean he’s immune from mistakes. When a rider is pushing as hard as Kiyonari, mistakes are inevitable and it’s shown with huge moments for the 31-year-old at Knockhill and Thruxton plus a crash in the wet at Cadwell.  Put that against an on-form Shane Byrne, who has finished every race this season and only missed the podium once, and it suddenly gives the Kent-man the upper hand. 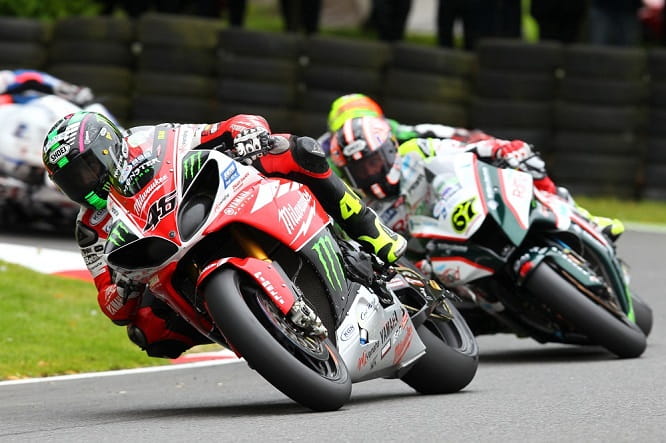 With a 54 point gap to the championship lead, Tommy Bridewell faces a tough task if he’s to take his first British Superbike title, although anything is possible with the showdown. In 2012 Alex Lowes just scraped into the showdown six, yet with a strong performance at Assen and a double victory at Silverstone, the youngster put himself in contention come the final round.

Bridewell enjoyed a strong three rounds in last year’s showdown including three podium finishes and he’s already ridden the three circuits with his Milwaukee Yamaha team. It’d probably take mistakes from the leading trio for Bridewell to come near taking the title but the Devizes-based rider could certainly mess things up for the front boys. Milwaukee Yamaha is the only team with both riders in the showdown, could Bridewell help Brookes? 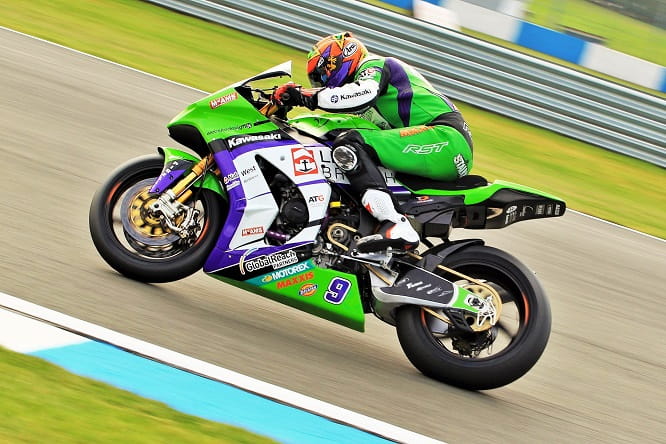 At 40-odd-years-old, even getting into the showdown is a huge achievement for Chris Walker and the ever-growing Lloyds British GBmoto team. It’s not been a fluke either, the Veteran has enjoyed one of his best British Superbike seasons since famously losing out on the title to Neil Hodgson at Donington Park 14 years ago. With three podium finishes and a plethora of top sixes, Walker has shown he’s still got what it takes to run close to the front guys and has already told us he’s looking to end the season on a high.

The venue of the first showdown round has fond memories for Walker as the venue of his one and only World Superbike victory. As we’ve said, with the showdown anything can happen so Walker’s chances of clinching the title that evaded him three times all those years ago aren’t over just yet. 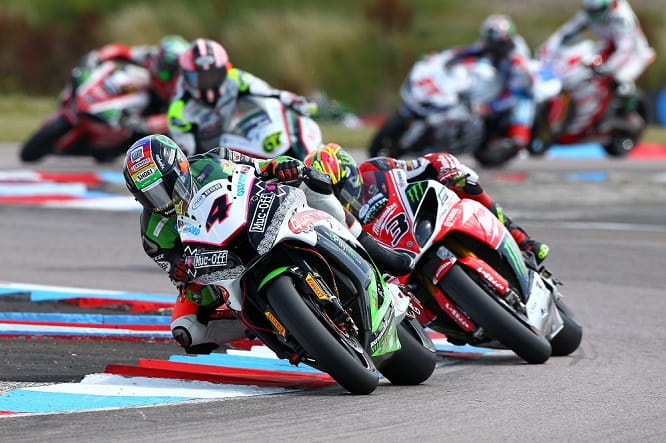 As an up and coming British Superbike rider, Dan Linfoot has enjoyed an incredible season this year. He’s gone from pushing into the top ten with GBmoto Honda last year to consistent top ten, if not top six results and pushing close to the podium when the time has been right.

He struggled last time at Donington but if he can re-find the form he showed at Thruxton and Oulton Park, he should be able to use the showdown to put himself in the shop window for top teams next season.