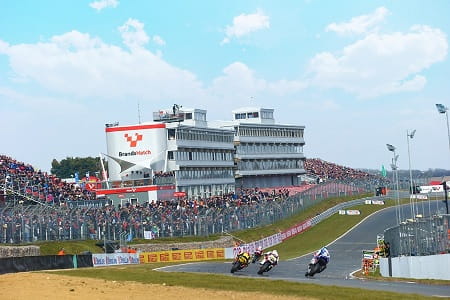 The wait is finally over, the 2014 British Superbike Championship kicks off this weekend at Brands Hatch and if previous BSB seasons are anything to go by, it should be a corker.

There’s a lot of change for 2014 as last year’s champion, Alex Lowes, has departed the series to compete on the world level and a number of his former rivals have switched teams for their 2014 assault. This isn’t the case for three-time champion Shane Byrne however, who returns with the Paul Bird outfit in search of his fourth BSB title. 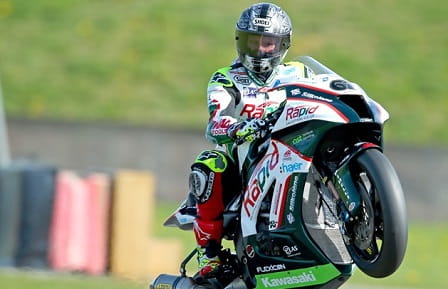 In pre-season testing, Byrne has been formidable, shattering existing lap records at both Donington Park and Snetterton. The Kent man told Bike Social missing out on the title last year was a ‘kick in the nuts’ and that he’ll be going all out this year to take the crown. Byrne was exceptionally strong early last season, winning seven out of the first ten races before Alex Lowes got the better of him in the showdown. If testing is anything to go by, and we all know that generally it’s not, he will be hard to beat this year but in British Superbikes, anything is possible.

Has Brookes found the right bike to take the title? 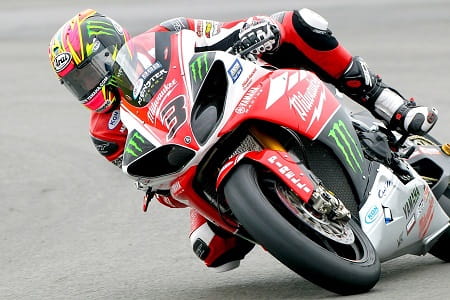 Closest to the Rapid Solicitors Kawasaki in testing was Josh Brookes. The Aussie has switched to Shaun Muir’s Milwaukee Yamaha outfit for the 2014 season and seems to have gelled with the R1 exceptionally quickly. It was a shame the Yamaha outfit weren’t at the Snetterton test to see exactly how close Brookes could be to Byrne, but if the season is anything like the Donington test then he could be the man to chase the thirty-seven year old down. Brookes has been in the hunt for the title for the last five years and is almost a cert for the showdown this year, he’s shown he’s got what it takes to beat Byrne in previous years but has often struggled come the showdown. Something that’s been missing in previous years, consistency will be key to Brookes’ title challenge. 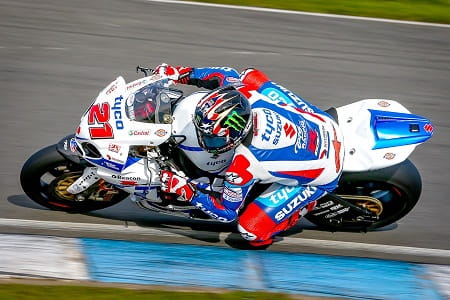 After losing out on the 2011 title in perhaps the most famous British Superbike race of all time, John Hopkins returns in 2014 with Tyco Suzuki. As a former MotoGP front runner, there is no doubting Hopkins’ talent but the Anglo-American hadn’t ridden a bike in eighteen months ahead of testing in Spain back in March. His pace in testing has been promising, although it could take the ‘Hopper’ a few rounds to get used to racing again following his hiatus. However, with British Superbike’s showdown system this shouldn’t be a problem as Hopper can catch up later on in the year, just as he did in 2011.

Whippersnapper Bridewell looking to take it to next level 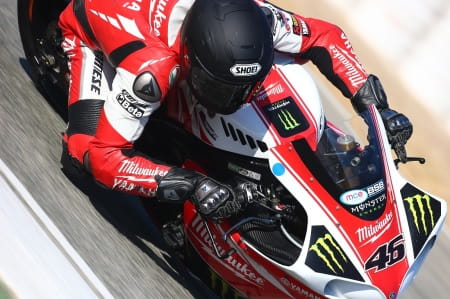 It won’t just be the three old dogs fighting at the front though; there is once again a rising talent in British Superbikes ready to take on the big boys. After a breakthrough series in 2013, in which he bagged a couple of impressive podium finishes, Tommy Bridewell is raring to go ahead of the 2014 season. He’s proven he’s capable of fighting at the front and now it’s time to take that to the next level as he enters his first full season with Milwaukee Yamaha. 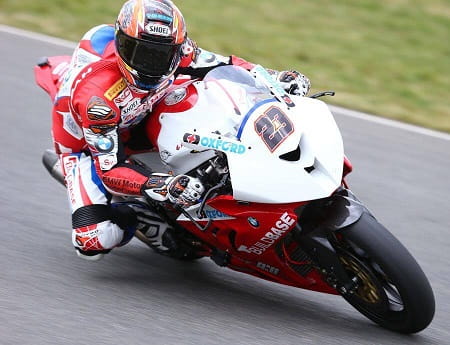 In a last-ditch attempt to show he’s still got it, Ryuichi Kiyonari has switched to BMW power for 2014 and the likable Japanese man has appeared much happier in testing. The BMW is yet to win a British Superbike race and has only had a couple of sniffs at the podium, but progress in testing suggests the bike may have finally found a pace capable of running at the top.  Can Kiyonari be the one to take it there? If he isn’t, his team mate, James Westmoreland will sure be trying. 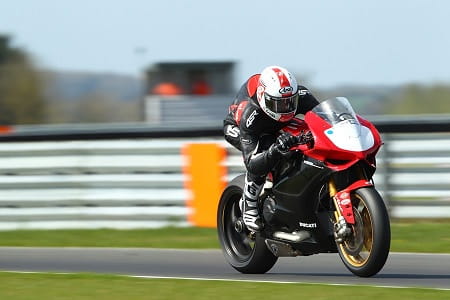 Then there’s the Ducati, which has been given a special dispensation for the first three rounds to run pistons from the limited edition Superleggera Panigale. Aboard the sole 1199 in the series for 2014 is Jakub Smrz, a rider with proven Ducati experience in the World Superbike series. Smrz was able to run a pace close to the front at Snetterton, where he set the second fastest overall time. It’s looking good for the Bologna factory but there’s still quite a way to go. 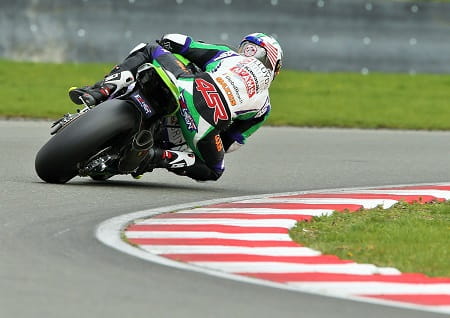 After a tough campaign with Yamaha last year, James Ellison has switched to Kawasaki for 2014 with GBmoto. The Mark Smith-Halvorsen run outfit has seen marked improvement in each of their years in the championship and it would seem they are ready to step up to the role of front runners. Over the years Ellison has shown he’s got more than it takes to run at the front in British Superbikes but again, a consistent season and a bit of luck wouldn’t go amiss in his search for the title. 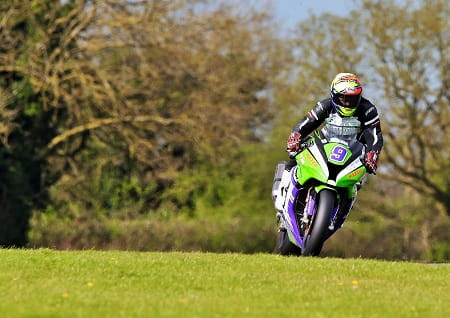 The surprise of pre-season testing has been Ellison’s team mate, Chris Walker. He might be forty-two years old and the second oldest rider on the grid, but by heck is he still fast. The Nottingham-based rider could have made the showdown last year had it not been for technical faults. A bit of luck on his side and the ‘Stalker’ could well be up there in 2014 at the joy of many fans, his last victory at Oulton Park in 2012 led to British Superbikes trending on twitter!

Easton ready for another crack at BSB

Reigning British Supersport champion, Stuart Easton, will be looking to make his mark in the big class again this year. After a few tough years, it’s easily forgotten that Easton has twenty-something British Superbike podiums in the class and has taken three victories over the years as well. The Scotsman admits it’s been tough getting back on the Superbike, but reckons there is a lot more to come from him. 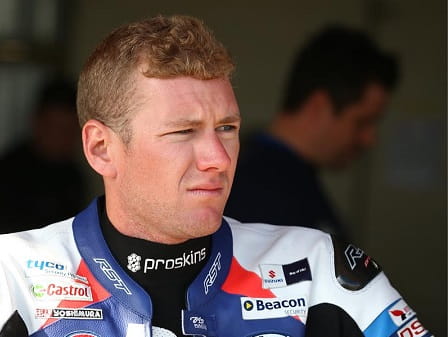 Worth watching out for this year is Josh ‘Wildman’ Waters. The likeable Aussie struggled on the Yamaha R1 last year but is tipped by many riders to be faster than appears, Christ he’s won two Australian Superbike titles and come second at the Suzuka 8hr! He’s back on a bike he’s familiar with this year, Suzuki’s GSX-R1000 and while he might not be scrapping for the title he’d be a decent punt for a podium or two. Another rider plagued with bad luck, Dan Linfoot hasn’t had too shabby of a pre-season on the Quattro Kawasaki. He’ll be riding alongside James Hillier for the opening round of the championship as his full-time team mate Howie Mainwaring dislocated his shoulder at Snetterton last week.

TT hero Michael Dunlop will be on the grid for the first couple of rounds as a learning exercise on his new S 1000 RR. While it’s unlikely he’ll challenge towards the front it could be interesting to watch the Ulsterman’s progress throughout the weekend. Simon Andrews is another to watch, returning to British Superbikes for 2014 aboard the RAF Reserves Honda as is Keith Farmer switching to the PR Kawasaki outfit for 2014. Successful Supersport racers Richard Cooper and Ben Wilson step up to the big class this year, both aboard Kawasaki machinery albeit with different teams. Having missed out on the Supersport title a couple of times, Wilson will be looking to make his mark in the big class.

The only thing missing for the 2014 season is Honda. The reigning champions have opted to skip this year, only competing at selected rounds towards the end of the season with Julian Da Costa – who set some impressive times aboard Alex Lowes’ championship winning Fireblade at Snetterton.

Aside from that, the grid is jam-packed for 2014 with thirty-one riders lining up at Brands Hatch including nine former British Superbike race winners. If it’s as exciting as usual, you won’t be let down… there are much worse things to be doing on a bank holiday weekend!