Waters speaks out: "I'm not giving up" 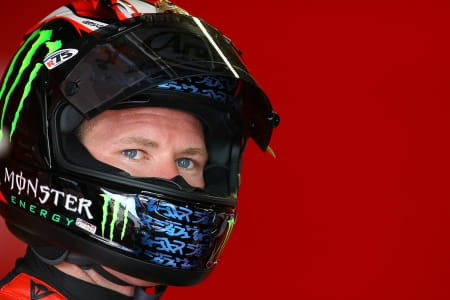 Double Australian Superbike Champion, Josh Waters spoke to Bike Social this morning in his first interview since losing his BSB ride last week. On Monday afternoon he was informed he was to be dropped from the Milwaukee Yamaha BSB squad to be replaced by Tommy Bridewell. Fortunately a ride became available in the Endurance World Championship and he set off for Le Mans to ride for BMW Motorrad France, Team Thevent in the 24 hour.

He got off to a great start alongside Sylvain Barrier and Sebastian Gimbert, despite having never ridden BMW’s S1000RR before. At around the four hour point, the team took the lead of the race and maintained this through the night until around 5:30am, when they were forced into retirement with a gearbox failure.

Waters now returns to the UK on a mission to find a ride in British Superbikes for the remaining two rounds.

Your team retired from the lead of the Le Mans 24hr, how was it going prior to that?

"The race was going well. The team had told us to take it steady for the first couple of hours with the race being so long. After a few hours we had made real good progress and we ended up in the lead and managed to gap the team behind us. It was going really well until about five-thirty in the morning, when we had a three lap lead, the bike broke down. It was a massive shame."

Just a few days before Le Mans you were dropped from the Milwaukee Yamaha team in BSB. What can you tell us about this?

“It was a shock and I would have loved to have stayed with Milwaukee and been at Assen but the team had their reasons. I’m still very appreciative that I got the chance and I don’t want to give up on England or Europe so I’m not going to give up, I will keep on trying and hopefully find something else.”

Are you looking to be in BSB for the rest of the season?

“Hopefully. I know there are a couple of bikes around but it’s just whether the teams want to run their second bike at this stage in the season. We’ll hopefully find out by the end of the week.”

Does this have much of an impact on your plans for next year?

“It does. Things have changed but like I said, I want to find something here in the UK and keep going with it and try to go a bit better than I have this year. “

Why do you think you didn’t get the results you’re capable of on the Milwaukee Yamaha?