Peter Hickman: “Everyone is a class-act” 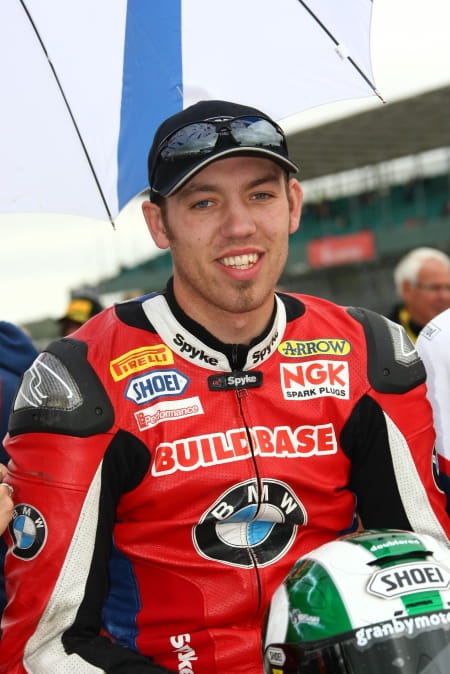 Just a day before the first race of the season at Brands Hatch, we caught up with Lincolnshire-Lad and Lloyds British GBmoto Honda rider, Peter Hickman to find out what he’s thinking just before the 2013 season begins.

Starting his racing career right back in 2000 on a mini-moto, this wasn’t Peter’s first biking experience, as he bought his first bike all by himself aged just 12-years-old:

“I saved all my pocket money for two whole years and bought myself a AR50 Kawasaki when I was 12. Even though my dad used to race in the 70’s he wasn’t keen on me riding bikes, so I bought it without telling him!”

It must have been quite difficult to keep a motorcycle a secret and Peter’s dad wanted to be involved with his son’s hobby.

“He thought they were dangerous but after he saw that I was so determined he wanted to be involved so that I didn’t do it alone.”

It’s been a rocky road for Hickman and he’s put in the hours to get where he is now, riding for a full factory team in the BSB Championship, but he sees the positive in everything.

“I ran my own privateer team for three years and this gave me great experience working on every bit of the sport, it was good to learn the ropes. Not many riders get to jump straight onto full factory rides and I think that the experience I have had helps me in my career now.”

Like many motorcycle racers these days, Peter is very active on social media and is one rider who is always willing to engage with fans and chat with them about his racing career, even if they aren’t always positive.

“It’s great to have a bit of interaction, I enjoy talking to people and getting their opinions. Be they good, bad or indifferent. It would be boring if everyone liked you and thought you were great. I never block anyone as I think everyone is entitled to their opinion. If they think I am no good and not a good rider, I just go out, ride quick and try to change their opinion.”

Not a stranger to controversy, Hickman was released from his MSS Kawasaki contract in 2012 mid-way through the season due to taking a wildcard ride with the Crescent Suzuki WSBK team.

“You can’t pass up on an opportunity like that. The chance to ride for an official Suzuki team? That’s the type of opportunity that you might not get again. Yes, it caused controversy at the time and it was talked about a lot – it still is – but more than one positive came out of it all. I got the chance to spend some time with the Suzuki team and learn a lot from a top team who know what they’re doing.”

Peter certainly did make the most of the opportunity and gained 9th in the competitive WSBK class, experience and learning’s no doubt that he will be using throughout his BSB Championship this year.

“I learnt a lot that weekend and watched how the team worked around problems, the way that they solved issues. Their methods were interesting and different to some of the ways I would have approached it.”

Even just watching MotoGP, there’s no rest for Peter.

“I learn from everyone, everyone is a class-act. I look up to Rossi, obviously I am not racing against him, but he is a class-act. The way that he adapts to races, what he does on the bike is inspirational. All the MotoGP riders are amazing to watch and extremely clever at what they do. They’re mega.”

The quote of the day has to be Peter’s explanation why he likes riding in BSB so much:

“Everything about it! I get to ride my bike on a weekend, that’s what I like!”

Couldn’t have put it better ourselves…