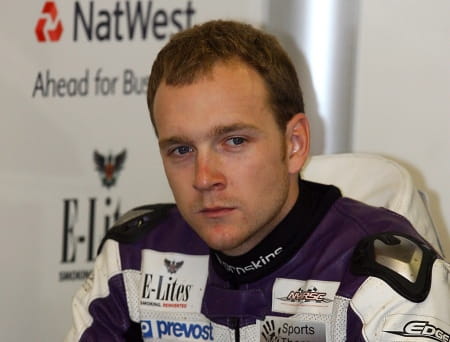 Quattro Plant Kawasaki has announced Dan Linfoot and Howie Mainwaring are to form their all-new line up for the 2014 British Superbike season.

Linfoot, whose 2013 campaign was marred by a horrific crash caused by another rider during the first race of the season at Brands Hatch. After missing three rounds, he returned to action to score a number of top ten results throughout the remainder of the season, including a best result of seventh.

2013 was Mainwaring’s first full season in BSB and it wasn’t easy, seeing the former Superstock star without a ride ahead of the second Oulton Park round. Luckily, Tsingtao and WK Bikes came to the rescue, meaning Mainwaring could finish the season although he had a difficult end to the season, finishing just three races in the points with the newly formed team.

Linfoot said: “I am very happy to be joining the team and I am really keen to get the season underway because I know we can build on the results I have had previously. I definitely think we can fight for a place in the Showdown next year as the team have a strong package and a wealth of experience with the Kawasaki. I want to improve and make steps forward again next season and I want to thank Pete and everyone at Quattro Plant Kawasaki for giving me this opportunity.”

Mainwaring said: “I am really looking forward to 2014 and I am definitely expecting us as a team to have a strong season and it is also great to have a team-mate like Dan as we can push each other all year. My plan was always to stay with Kawasaki and I know that we can run in the top ten so now it is time to move forward and try to aim for the top five. We are capable of achieving that and I believe we are in with a good shout next year.”