Josh Brookes to partner Guy Martin at the TT! 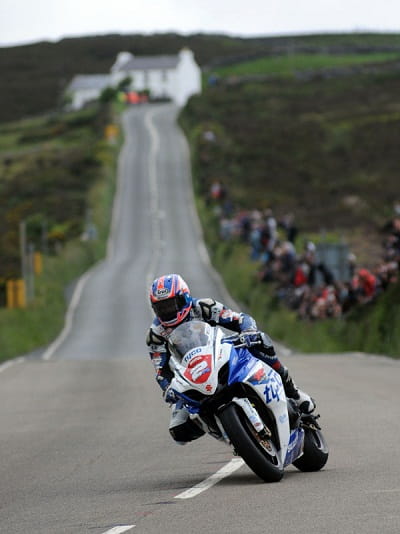 The wild man of British Superbikes will make his long-awaited race debut at the Isle of Man TT next year.

The 2012 BSB runner-up BSB will line-up alongside roads ace Guy Martin in the Tyco Suzuki team in hist first ever competitive TT.

The Aussie star has done a couple of parade laps in 2010 and 2011 as part of the Isle of Man’s view to work out if Brookes was interested or not.

Brookes said: "I'm glad it's out in the open now as all the question about whether I was going to ride or not - and not being able to say anything - was getting a bit tiring. Since making the decision I've taken in some reconnaissance trips and spoken to a number of influential people. I fell in love with the place on my first visit back in 2009 and now that I'm with what I regard as the best team at the event in Tyco Suzuki - it gives me peace of mind. It's too early to be setting any goals. It's the beginning of a new project and we'll just see how it goes."

The TT’s Paul Phillips said: "We are really pleased to be able to confirm Josh Brookes' participation in next year's event. Josh is a genuine world-class rider at the peak of his powers and his decision to compete in the event highlights the increasing appeal of the TT to the very best riders from all over the world. I am sure his appearance is going to generate a lot of interest with the TT fans."