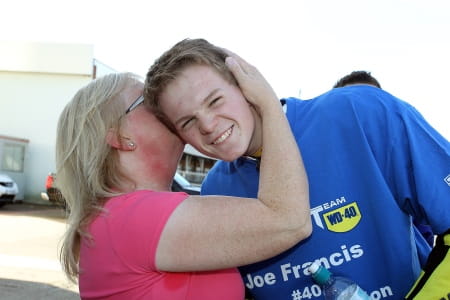 The Cheshire youngster has been on dominant form this year having taken three wins and ten podiums. In fact, his title clinching race today at Silverstone marked the first time he’s been off the podium all year.

Bennetts first discovered Joe through the Bennetts Biking Dreams campaign, when his mum, Sharon, entered her dream for financial backing for her teenage son to finish the Thundersport Aprilia Superteens Championship. They fulfilled his dream by paying his entry fees for the remainder of the year. He repaid them with double title victory in Thundersport and now with his first British championship.

Later this week, Bike Social will have Joe’s reaction to his title winning performance and thoughts on plans for next year.