Jack Valentine to return to BSB with Halsall Kawasaki 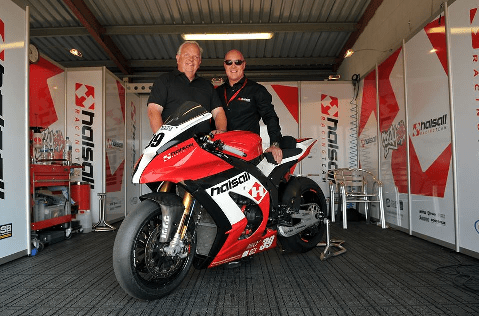 Jack Valentine is to make a return to the BSB paddock in a Team Manager role with the Halsall Racing Kawasaki team. The former Crescent Suzuki front man helped the Martin Halsall owned team out at Snetterton and the team saw some marked improvements therefore Valentine has been asked to join them in a managerial role for the rest of the season.

Valentine managed Crescent Suzuki from 2008, up to and including their debut in World Superbikes in 2012. For 2013, Valentine was dropped by the Paul Denning outfit and despite rumours he would return to the BSB paddock this failed to materialise. In the end it was announced Valentine would an MV Augusta F3 on for the 2013 roads season and the team went on to score a top ten finish at the TT with Gary Johsnon.

Valentine has history with Kawasaki in BSB, he managed Nick Morgan's MSS Kawasaki squad in 2007. The likeable northerner's return will be well recieved, Valentine a favourite among riders and fans alike.

"After a few pointers over the weekend we began to see some improvements - Lee was lapping nearly 3 seconds faster than he had been before. Therefore they've asked me to work with the team on a more regular basis, nothing full time but given my weekends are free I'll be helping out at the remaining rounds this season. The team have a good bike, it was quick through the speed trap all weekend and we think we have the potential to move forwards."

Halsall Racing Kawasaki currently run Lee Costello in the British Superbike Championship, however Valentine hints that the team could be looking to extend to a two-rider outfit at some point in the future.