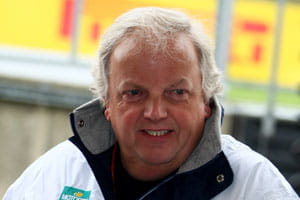 Just three weeks after announcing he’d be joining Halsall Kawasaki in a team managerial role, Jack Valentine has announced he will be departing the Martin Halsall outfit. The likeable northerner was drafted into the team as part of a plan to up their British Superbike effort, as they expanded to two riders and brought on board 2012 showdown contender Tommy Bridewell.

“I knew signing Tommy meant exciting times ahead. He's got podium potential and I was looking forward to the extra work involved in building a strong and well-structured team to finish the 2013 season on a high and in a strong position to start 2014."

However, Valentine felt to do this effectively he would need to put more time to the project than just being a “front man” at race weekends, but an agreement to do this couldn’t be reached with the team owner, therefore the former Crescent Suzuki boss has stepped down from his role within the team.

"It's really frustrating for me to have to make the decision to step down from my role with the team, but I know what it takes to build a professional and title-contending team and I don’t feel I can use my experience to do this in the right way at this time” concluded Valentine.