McGuinness honoured with part of TT course named after him 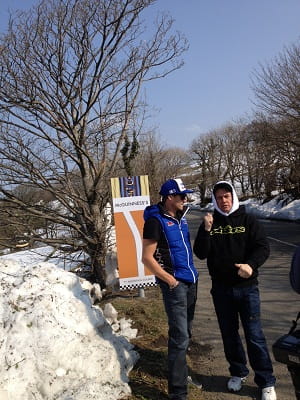 John McGuinness can now go down in TT history books alongside the likes of Agostini, Hailwood and Dunlop, not just for the amount of TT victories he has, but because the TT has named a part of the course after him.

McGuinness follows some of the most illustrious names in TT history by having corners named after them. The newly named course points, which includes a corner named after TT sidecar legend Dave Molyneux.

The Isle of Man Government has redesigned and replaced the existing directional boards and mile markers around the 37¾ mile course.

The Ballaugh Bridge sign recently sold on eBay for more than £1000, much to the displeasure of Bike Social’s Marc Potter who was outbid!

John McGuinness first competed on the Isle of Man in 1996 and to date has 19 race victories to his name, including two last year. He is also the outright lap record holder with a lap of (131.578mph) which he set in 2009.

Isle of Man born Dave Molyneux has won sixteen sidecar races including winning both sidecar races in 2012 with his current passenger Patrick Farrance. He first competed in 1985, winning his first race in 1989.

John's point of the course, which will now be known as 'McGuinness's' is at 'Shoughlaigue' which is the fast run down from Handley's Corner before the top of Barregarrow. It is his favourite part of the course and one where he believes he can gain time on his rivals. 'McGuinness's' will feature John's infamous voodoo artwork that has adorned his helmets for many years. Dave's corner is the fast right-hander at the end of Cronk-y-Voddy straight and will now be called 'Molyneux's'.

The original TT road signs that have now been replaced will be available on ebay together with other memorabilia including the iconic mile markers and yellow Shell fuel fillers used at the TT up until the mid 1980's. All funds raised from the sale of the items are invested back into the costs associated with running the event.