Howarth teaming up with Howie on track 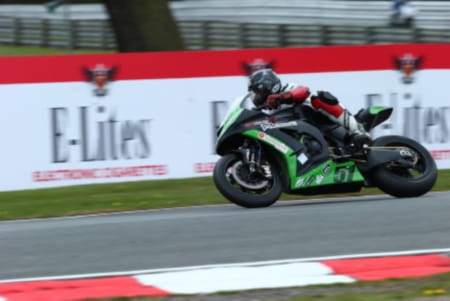 It looks like BSB team owner and former professional rugby player, Michael Howarth, is dusting off his leathers this weekend and taking to the track again in the Superstock 1000 class.

After crashing midweek at Mallory Park and sustaining severe concussion, rider Luke Quigley has been ruled out of competing at Oulton Park this weekend.

Howarth has tried and failed to find a replacement rider, including having contacted Italian Luca Scassa. So, he has decided that he has no other option than to race the Kawasaki ZX-10R himself, alongside Quigley's team-mate Howie Mainwaring.

Yorkshireman Howarth has made sporadic appearances in the paddock in recent years as a team manager for the Tena for men squad, rider and more recently team owner. Speaking on practice day, Howarth said: "These are definitely my final farewell races!" Keep an eye on Bike Social for updates on how he gets on at the Cheshire circuit.