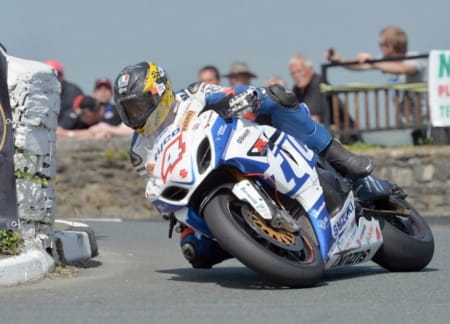 Fans’ favourite Guy Martin is set to switch road racing for endurance at the end of this month as he heads out to compete in the 24 Hours of Le Mans on the 21st September with French team, R2CL Suzuki.

Martin will travel direct to France following the Scarborough Gold Cup to compete with the team, who currently sit fifth in the World Endurance Championship.

Despite failing to get on the podium at the Isle of Man TT, Martin bounced back at the Southern 100 and then UlsterGP, where he took a hat-trick of wins and is hoping for more success at Scarborough in order to head to the iconic Le Mans on a high.

Tyco Suzuki team manager, Phillip Neill indicates that the deal is very much a one off at this stage, although there’s interest for it to become a permanent arrangement for 2014.

Martin said: “I thought the job was done and dusted after Scarborough next weekend with the Tyco boys, so to get a chance to do some World Endurance racing down in France is mega. It’s something I always believed would be beneficial and a lot more interesting for me than general short circuit stuff. I’m mega chuffed and the drive to France should be a decent road trip.”