GBmoto boss: “We’ve not seen the best of Ellison yet” 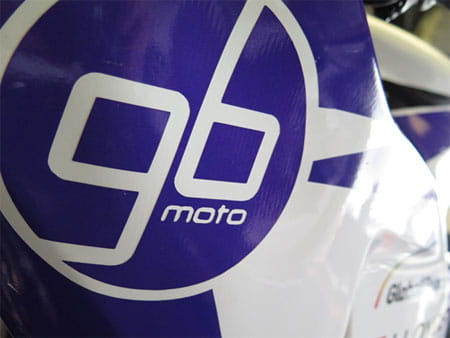 Mark Smith-Halvorsen is the Team Principal of the GBmoto British Superbike team. Having raced in the series for two years, improving in each, the team is now ready to step up to the challenge of fighting for the title. To ensure the best chance possible, they’ve signed up 2013 title contender James Ellison and have announced they will switch to Kawasaki. Chris Walker will also join the team. We caught up with Mark for a quick chat to see how the plans are coming along:

What prompted the move to Kawasaki for 2014?

We considered which product we could do better with in BSB, bearing in mind we wanted to win races and fight for the championship over the next two years. Our opinion was that the Kawasaki and BMW were the best choices. We had meetings and talks with both, but the Kawasaki conversations moved forward in a much more positive way. Sometimes the best partnerships are the ones that ‘feel the best’ and so far our dealings with KMUK have felt dead right. We are excited about what we can achieve with the ZX10R and Kawasaki UK.

The Kawasaki is a competitive bike in BSB, we’ve seen that with Shane Byrne – why do you think few other Kawasakis have been able to show a similar kind of pace?

I think Halsall Racing have done a great job showing its pace and it clearly is the bike of choice in British Superstock too. When Tommy Bridewell jumped on it and grabbed a podium, I think that confirmed just how good the ZX10R Superbike is. I have been on track doing a lot of spotting for the team in the latter half of this year and Shakey has been riding great, but the bike is clearly very good too.

It’s a completely new team line up in 2014 as you take on James Ellison and Chris Walker. How do you think this will change things?

We think and have started to act and operate like a championship winning team this year in my opinion and fundamentally, we will not be changing as much as people might think. We are bringing even more experience and knowledge into the squad in 2014, to compliment the high quality of riders we will be working with and I am confident that that both James and Chris, will not only be happy with our team, but also impressed.

Having said that, we also want to do a good job for Kawasaki to repay them for their faith and also expect the profile and performance of the riders to raise not only our team profile and media presence, but also the demands and expectations of our sponsors, fans and the pundits. We will be trying hard not to disappoint.

Your rider line up has changed, will any other areas of team personnel change for 2014?

Yes! Not able to say who or where yet. Each year since 2011, we have been learning massive amounts as we develop and progress and I have been keeping a careful eye on what is needed to keep that up and find success. We will have a mixture of our existing crew and some new, but very experienced faces in 2014.

What do you think is key to GBmoto’s attempt to take the British Superbike title in 2014?

Firstly choosing the right technical partners when building the new Kawasaki Superbikes we will be racing. This will include engine development, suspension and chassis development and key supplier relationships. Secondly, a comprehensive and effective pre-season testing schedule. It looks likely we will all be back testing abroad next year, which will really help us, if we are lucky enough to have  good run at it. Thirdly consistency and reliability. We will have to work hard to make sure we are making the most of each and every session and maximising all track time. Without all/any of those – we will not be challenging for the championship next year.

Would you say in your new line up, there is a Number 1 rider and a Number 2 rider, or are both riders equal?

Both riders will be treated exactly the same and start and finish the year on the same kit – unless they request variations that we agree with.

Having said that, right now the guy with the best form is James and most people including us, will see him as a title challenger from the word go. In my opinion, whilst he’s has been riding great of late, I still don’t think we have seen the best of him yet – it’s our job to try and get that out of him. Chris is also very fired up for 2014 too, he had a great year in 2013 and really surprised everybody with how well he went. I think he was unlucky not to be in the Showdown to be honest, so let’s see if we can get him there.

What’s the plan between now and Easter Bank Holiday?

To spend as much of the time as possible building the very best bikes we can. We need to bolster the personnel in the team and also secure some more sponsorship and agree some final supplier deals and arrangements. After that it is testing and more testing. We want to be ready to race at the front by Round One. Whether we achieve all that – we will have to wait and see!?! Oh and I think Christmas comes in the middle somewhere too…