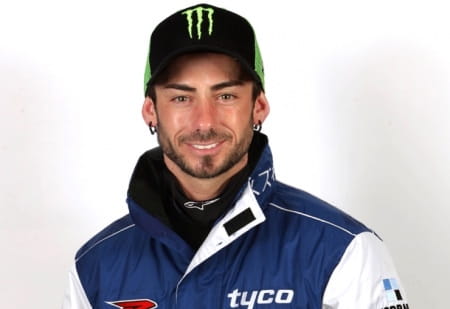 As we reported earlier, Tyco Suzuki have announced John “Hopper” Hopkins is to spearhead their British Superbike Championship challenge in 2014.

Former MotoGP rider, Hopkins, returns after a one year sabbatical to recover from an injury-filled 2012 season with Crescent Suzuki in World Superbikes. The Anglo-American finished runner up in the 2011 British Superbike title chase to Tommy Hill and will replace Josh Brookes in the Irish outfit, with the Aussie expected to make a move to Milwaukee Yamaha.

Hopkins comments: “I’m really excited to be coming back to British Superbike in 2014 and delighted to be joining Tyco Suzuki. It’s been a long year away from racing getting my body healthy. I’m feeling good and I’ve also become a brand new dad. I feel better than I have done in a lot of years and I’m really excited to be getting back out on track, especially on the Suzuki GSX-R1000.”