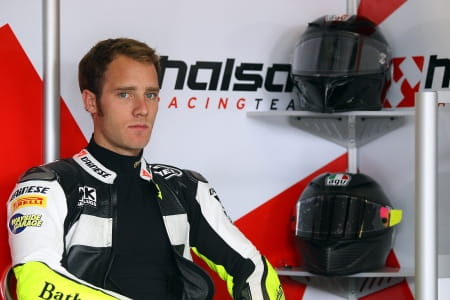 British Superbikes head to Donington Park this weekend for the final round of the season before the title fighters’ ‘showdown’ stage kicks off. With the top three already having their showdown places confirmed, the focal point this weekend will mainly be upon who’ll take those final three places.

After falling in the first race, Milwaukee Yamaha’s James Ellison missed out on his chance to confirm his showdown position at Cadwell Park. However, having forty points over sixth place man Jon Kirkham, it’d take a disastrous weekend for the Cumbrian to miss out on the title showdown.  Samsung Honda’s Ryuichi Kiyonari is in a slightly riskier position, with just thirty points separating him from the drop zone. A mistake free weekend should see the Japanese rider comfortably into the showdown, despite a difficult start to the year.

The real battle is for the last spot, sixth place, currently held by Jon Kirkham who sits just five points ahead of team mate, James Westmoreland in the standings. However the Buildbase BMW boys have had a turbulent time in the last couple of rounds, only securing one top six finish each since Brands Hatch. The real danger man for the last spot has to be Tommy Bridewell, he’s currently twenty points away from sixth place however after showing increasingly strong form since his switch to the Halsall Kawasaki team there’s nothing to suggest the Devizes rider won’t continue his strong form. A repeat of his Cadwell Park question isn’t out of the question, placing him as a strong threat to the Buildbase BMW pairing.

With his place in the showdown already confirmed, Tyco Suzuki’s Josh Brookes will be looking to break down Shane Byrne’s podium credit lead. The Australian took both wins at Donington Park last year in a spectacular display. Double-winner last time out, Alex Lowes will be looking to carry his success through to his “second” home circuit while championship leader, Shane Byrne will be looking for his first race win since early August at Oulton.