Big names line up for Stars of Darley 2013 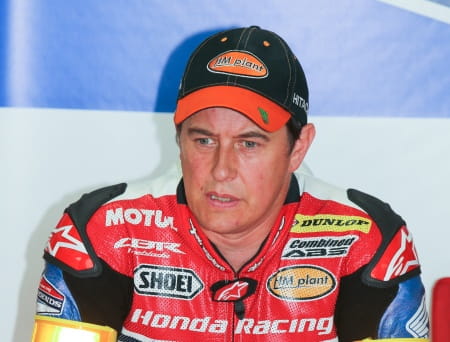 The last event on Darley Moor’s 2013 racing calendar takes place this weekend seeing the closing races for the Darley Moor club racing championships and the two, ten lap “Stars at Darley” races famed for attracting stars from national and international racing to the Derbyshire circuit.

Topping this years line up is the Honda TT Legends pairing of John McGuinness and Michael Rutter. With twenty-three wins at the Isle of Man between them (twenty for McGuiness and three for Rutter) plus numerous other road and circuit racing accolades they’ll certainly be a tough pairing to beat. Twenty-eight time British Superbike race winner, Rutter has eight Stars of Darley victories to his name and will certainly be out to add to this tally.

Victorious in the races last year with Peter Hickman and Barry Burrell, Stuart Hicken’s Buildbase BMW squad will return to Darley with Richard Cooper, who took the trophy on the S1000RR in 2011. Cooper will be joined by Buildbase’s Superstock 1000 rider, Lincolnshire youngster, Lee Jackson who’ll be looking for his first taste of success at the Stars meeting.

The stars will be joined in the two ten lappers by a number of Darley Moor regulars looking to spice things up a bit.