Matchless is back with new 1916cc V-Twin 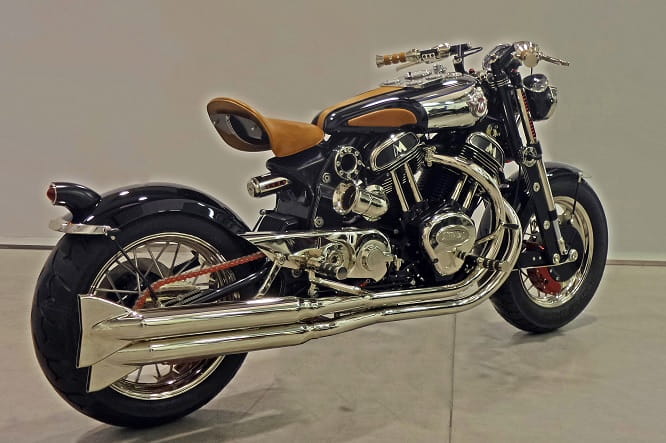 One of Britain's oldest motorcycle manufacturers is back in business with a new headline 1916cc motorcycle called the Model X Reloaded.

The historic Matchless make which started in 1899 is back in business with new Italian owners and this, their first production motorcycle, 115 years after they first started.

You may have seen supermodel Kate Moss wearing a Matchless leather jacket sat astride a laid down Matchless classic bike over the last two years? Well, Matchless is keen to prove that not only are they now a high-end clothing line, but they can also build motorcycles true to the Matchless name.

The new Matchless Reloaded X is a modern interpretation of the legendary Model X originally produced more than eighty years ago.

The new bike features an engine from S&S with a massive 1916cc capacity, and built to Matchless designs. It also has its own unique styling including a petrol tank very reminiscent of the Brough Superior, a sprung seat, adjustable headlights to change the look of the bike, adjustable seating position, and footrests to change the styling, and quality details throughout.

We attended the launch of the bike in Milan today, and rarely have we seen such quality detailing. The chrome is lustrous, the leather is thick and hand stitched and the finish is to the grade of a show bike. 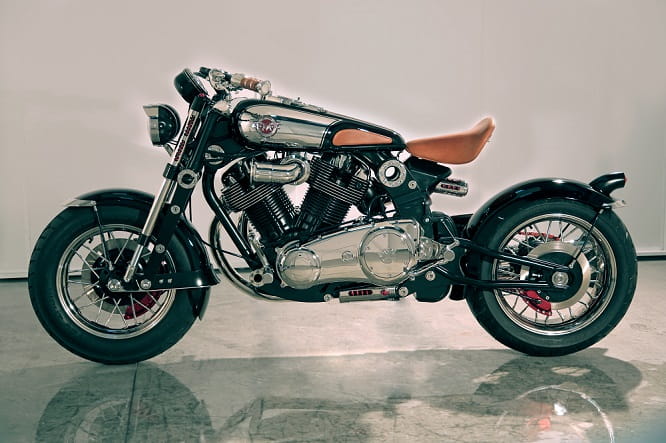 Matchless say the bike is 'human sized' and features 16-inch wheels front and rear, non-drilled discs, and a huge 12-piston front calliper at the front!

The front suspension is unique and echoes the style of the old Matchless bikes.

Now owned by the Italian Malenotti family, the new owners are keen that the name stays true to its history and have involved the modern descendants of the original Matchless family in the brand's revival.

Nick Kelleher, grandson of Matchless founder Harry Collier said: "The Matchless team have been able to capture the true essence of Matchless in the production of the new bike. Through their mix of tradition, technology and elegance that was fundamental to the success of the Model X back in 1929. My family is proud to see that the legend of Matchless is now being relived and shared with a new generation."

Owner Franco Malenotti has previously worked on such historical models as the Laverda Jota, Moto-Morini 500 and worked with everyone from Honda to Bimota. He personally had a collection of more than 100 bikes which was recently sold to the Aprilia museum.