LIVE FROM THE YAMAHA YZF-R125 AND MT-125 PRESS LAUNCH, BARCELONA 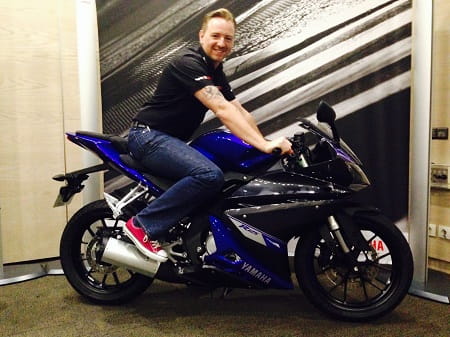 BIKE SOCIAL are at the world press launch of the updated Yamaha YZF-R125 and the new Yamaha MT-125 in Barcelona. The two bikes are set to be some of the biggest selling 125s in Europe, hence the fancy press launch in Spain. 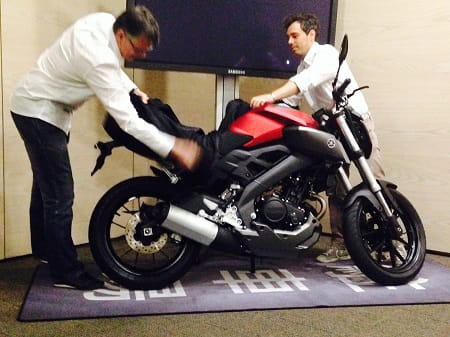 Yamaha have just pulled the covers of the bikes in readiness for the first ride this afternoon.

Bike Social’s Michael Mann is at the launch and rang in with this update, he said: “Both bikes use the same platform but have very different characteristics. By the 'same platform' I mean mechanical components: frame, engine, gearbox, wheels, front and rear suspension, exhaust and brakes. Most of which is new.”

He added: “The engine appears identical to the existing YZF-R125 but actually has seventy new components inc. piston rings, clutch, ECU, cylinder all to make it more fuel efficient (up by a claimed 11%).

Both bikes have new 3-stage layout instrument panel with rev counter and speed in the centre. Time, fuel gauge and odometer on the right then the info panel on left which is controlled by switch on right-hand side of bars.”

There’s also new suspension front and rear. Mann said: “The bikes have new upside down front forks which Yamaha claims are the key for rigidity and handling. The rear suspension now has new link design for claimed improved comfort, ground clearence and better handling when riding with a pillion."

He continued: "On the MT-125, the riding position is 20mm lower at the seat with higher bars and the foot pegs slightly further forward. Whereas the YZF-R125 is all about sports riding, the MT is designed to be more of a streetfighter concept, but using the same basic set-up and frame."

Oliver Grill, Product Planning Manager for Yamaha said: "Super sport is a core segment for us, even though we recognise the sales figures we will not give up on this segment and we are planning new models." 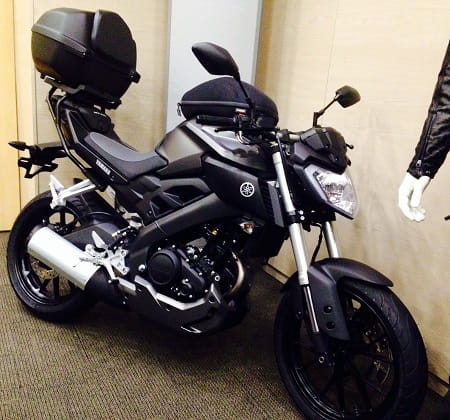