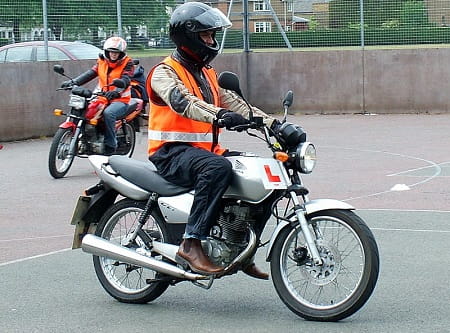 A report commissioned by the Government into the effectiveness of Compulsory Basic Training has recommended a number of changes be implemented in order to make motorcycling safer for new riders.

As the law stands, CBT tests can be taken from 16 years old and once passed, a rider can ride on the road unaccompanied with ‘L’ plates for two years.

The study comes after statistics showed there were between 7,000 and 8,000 road collisions involving motorcyclists or moped riders aged 16-24 each year from 2009 to 2012. 58% of these incidents involved riders aged between 16 and 19.

A survey was conducted among a number of both learner motorcyclists and CBT trainers, with ten subjects in each category undergoing a further in depth interview. The survey covered things such as perceived experience and understanding of riding motorcycles before taking the test, whether one day is enough to learn how to ride a motorcycle, on-road experience and reactions to alternative ways of running the CBT test process.

Recommendations from the report’s findings included:

Find out more about taking your CBT and getting on two wheels here!