Kawasaki to launch all new Z1000

Kawasaki are due to unveil their new, more powerful, supernaked  Z1000 at the beginning of November at the annual EICMA show in Milan and Bike Social will be there to catch the first glimpse. 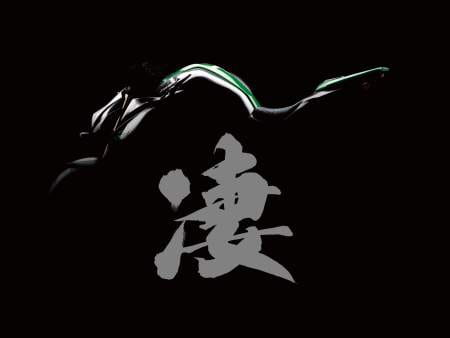 The Japanese firm have been teasing us with their promotional campaign recently which has revealed little other than the words ‘Call of the Wild’, a spinning rear wheel and a panther appearing to stalk its prey and it is the appearance of this predatory animal, so they tell us, which is reflective of the “Sugomi” approach, a Japanese word meaning “awe, leaves an indelible impression, is daunting in stature or ability, and commands respect”.  Kawasaki’s Sugomi concept follows hot on the heels of Yamaha’s Dark Side of Japan – the campaign used to launch the MT-09 earlier this year.  Have they all been at the Sake?

The four cylinder, four-stroke Z1000 was launch 10 years ago when Kawasaki celebrated the 30th anniversary of the Z1. The current version rolls in at a shade over £9,000 OTR and is widely regarded as one of the best super-naked’s on the market.

Kawasaki’s Head of Motorcycle Design, Keishi Fukumoto, said, “We were delighted to be asked to take a “clean sheet” approach to the new Z1000 styling, to create a Supernaked machine that reflects the passion and emotions of the type of rider attracted to this popular class of motorcycle with a highly refined blend of unique Kawasaki spirit and bold “Sugomi” design.

“From a styling perspective we’ve looked to capture and distil the look and feel of a crouching predator making ready to pounce and combined this with refined engineering features plus performance updates to reinforce the Z1000’s position as the class leading Supernaked machine”.