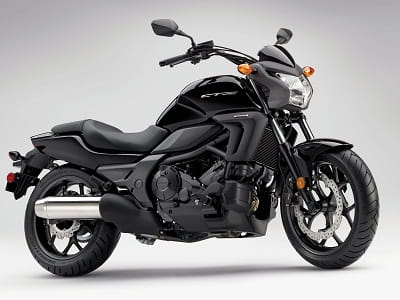 You’re looking at the new Honda CTX700 and CTX700N, two new official Honda’s that are about to go on sale in the States. And according to Honda’s press launch, these are just the start of a new range of CTX bikes.

CTX stands for Comfort, Technology and eXperience, and according to Honda’s US press man, there will be a whole new range of CTX bikes in various different styles and capacities, but we're guessing not until 2014.

Bill Savino of Honda America said: “These new models introduced today are just the first in a whole new family of CTX products of various displacements and engine configurations that will be rolled out in the future. CTX stands for Comfort, Technology and eXperience—a rider experience that's unique to these machines because of new Honda technologies that focus on class-leading comfort, easy-to-operate features and versatility. These first CTX machines share the same engine as the NC700X and place a premium on lightweight handling thanks in part to a low centre of gravity, ergonomics that translate into day-long comfort, distinctive Urban Roadster styling and fantastic value.

Both the naked semi-cruiser style CTX and nose-faired CTX700N use a version of the 670cc motor from the NC700-series bikes so that means you can get a Dual Clutch Transmission (Twist ‘N’ Go) but with paddles shift on the bars, or a more conventional manual six-speed gearbox.

Sadly, Honda UK tells us they have no plans to bring them in to the UK for sale in 2013. They’ll consider their options for 2014, but looking at Honda’s wide and diverse range for 2013 with the new CB500 range, and the highly successful NC700 range, it doesn’t seem likely.

Look closely, and squint a bit, and there’s a definite similarity is to the ill-fated Honda DN-01 which went on sale from 2008 to 2010. It was a cross between a scooter and a motorcycle which never really stole the hearts of the British public, especially at £10,000, but definitely started Honda on a different path which we’re now seeing the fruits of. Amazingly, the CTX700N looks remarkably similar to the DN-01, even if the Mad Max undertones have been calmed down a little from the DN-01, and let’s face it, that’s no bad thing. 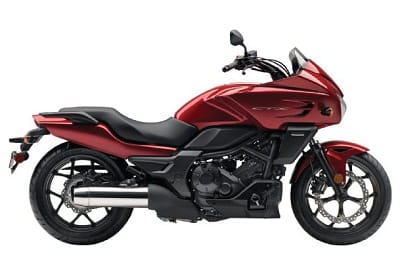 And here's the ill-fated Honda DN-01. The similarities are obvious, no? 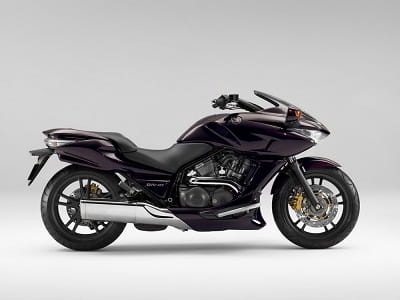