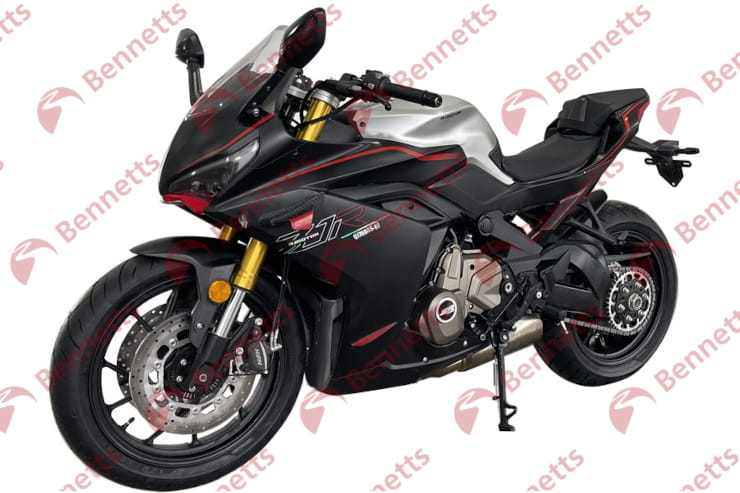 QJMotor might be only just starting to raise its profile in Europe – notably as title sponsor of the Avintia Moto3 team this year – but the company already has a strong-looking range of bikes on offer in China and it’s about to get stronger still with a duo of 700cc parallel twin sports bike models.

Yet to be officially revealed or named, the bikes have nonetheless appeared in a registered of newly type-approved bikes on the Chinese market, suggesting their official debut is imminent. And they’re an interesting proposition, combining a 693cc parallel twin – which appears to be identical to the design in CFMoto’s 700CL-X – with sports bike styling and stance, clearly targeting Yamaha’s R7 in terms of size and performance.

As well as its own impending presence in the European market, QJMotor is also sister company to Benelli and has deals with both MV Agusta and Harley-Davidson to manufacturer bikes on behalf of those firms. MV’s Lucky Explorer 5.5 is effectively a restyled version of an existing QJMotor adventure model, and Benelli’s entire range shares components with QJMotor under the skin, so it’s not impossible to imagine these new QJMotor sports bikes appearing, suitably restyled, as either Benelli or MV Agusta machines in the future. 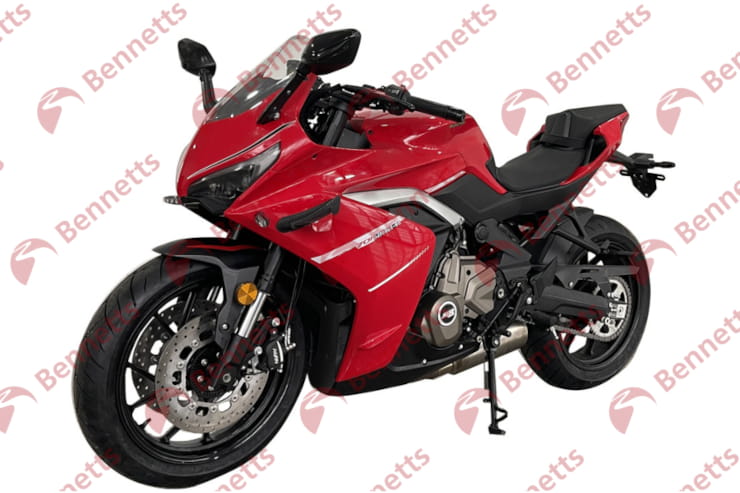 There are two versions of the upcoming QJMotor 700 sports bike, both using an identical 693cc twin making 56kW (75bhp), just edging the 54kW (72.4hp) of the Yamaha R7. The tables are turned when it comes to weight, with the 188kg Yamaha slightly undercutting the 193kg of the base version of the QJMotor machine, which is its most direct rival. As a result, the two bikes are likely to be closely matched in terms of pace.

Both QJMotor bikes use Marzocchi suspension, since QJMotor manufacturers suspension parts on behalf of the Italian company, alongside Nissin brake components, but it’s in the suspension that the two versions differ most clearly, with the higher-spec QJMotor gaining a single-sided swingarm and gold-coloured forks for a more exotic look. It also gets black, red and silver paintwork that’s reminiscent of the ‘Winter Testing’ scheme used on Ducati’s new Panigale SP2.

The single-sided might look cool, but it also adds weight, pushing the higher-spec machine up to 198kg wet. Also adding to its weight is a wider rear wheel sporting an unnecessarily broad 190-section tyre.

Both versions of the bike get winglets either side of the fairing – now seemingly a non-negotiable design element of anything with sporting pretensions – and a belly-mounted exhaust to keep the visible pipework to a minimum.

The engine is manufactured by QJMotor but shares its design with the CFMoto 700, including an identical 83mm bore and 64mm stroke. Since CFMoto’s version manages to meet Euro5 emissions limits, there’s little reason to believe the QJMotor twin won’t do the same.

We’ll have to wait to hear more about QJMotor’s plans for the European market before making any guesses on how soon we might see these machines on sale, but given the welcome reception of Yamaha’s R7 it’s easy to see that – priced right – these could be a success over here.