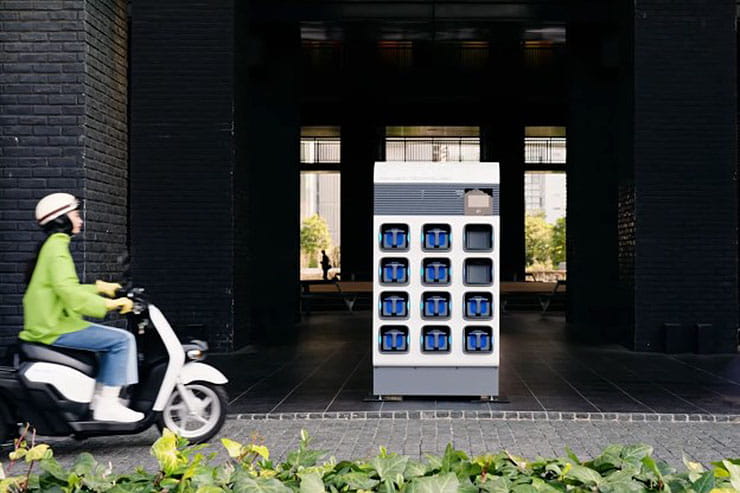 We’ve written before about the vast opportunities that standardised swappable batteries offer to electric bikes – the ability to instantly refuel at roadside stations eliminates range anxiety and means bikes can be lighter and shorter-range – and now Japan’s ‘Big Four’ have officially joined forces with a service providing exactly that.

The companies had already established a standard for swappable batteries in Japan and there’s work underway for a similar arrangement in Europe, but the formation of new Japanese battery swap service ‘Gachaco’ marks the commercialisation of the idea. 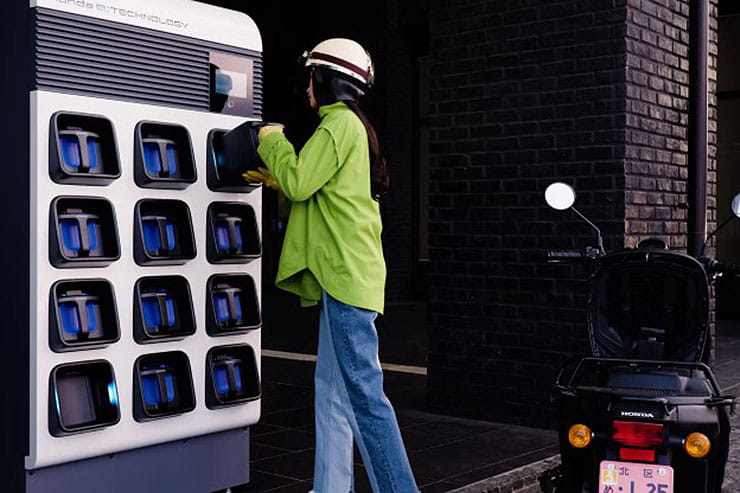 The new company – Gachaco, Inc. – is a collaboration between Honda, Yamaha, Kawasaki, Suzuki and ENEOS Holdings, a Japanese petroleum and metals conglomerate.

ENEOS has stumped up the largest investment, with a 51 percent share in Gachaco, with Honda a close second with its 34% holding. The three other bike firms each have a 5% state in the company. Unsurprisingly, Honda’s ‘Mobile Power Pack e:’ is the chosen technology for the system. Launched in 2018, the Mobile Power Pack e: features in Japanese-market bikes including the Gyro Canopy e:.

The potential of swappable bike batteries has already been convincingly proven by scooter firm Gogoro, which has more than 2300 battery swap stations around Taiwan. For comparison, there are 2487 petrol stations in Taiwan, and Gogoro’s battery swap facilities are expected to outnumber them by the end of this year, and there are already multiple scooter firms, including Yamaha, adopting Gogoro’s battery standard in the Taiwanese market to take advantage of the setup. 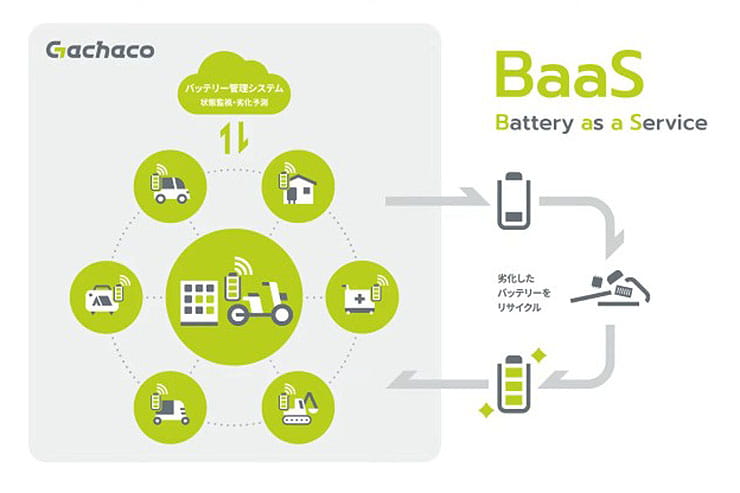 Battery swapping has vast potential, and while it’s not something that electric cars have been able to adopt – their batteries are just too big and heavy to be feasibly swapped – it’s a technology that’s ideal for bikes.

As long as battery swap stations are readily available, the ability to swap battery packs means there’s no longer a need to compete with existing petrol bikes on range. As long as the stops to switch power packs aren’t too frequent, and providing the system is seamlessly convenient, they resolve the problem of range-anxiety without the need to resort to large, heavy batteries capable of taking you hundreds of miles between charges.

The adoption of smaller, lighter batteries creates a beneficial circle. The bikes they’re used in can be lighter as well, with smaller, more efficient motors. The batteries take up less of the luggage space, too, and with less size and weight to lug around, other components – frames, suspension, brakes etc – can also be pared down.

We’ll have to wait to hear more about Gachaco’s plans for its motorcycle battery swap stations – the company will be officially formed on April 1st, and will start developing the infrastructure from then – but while the initial effort is clearly focussed on Japan the existence of the European ‘Swappable Batteries Consortium for Motorcycles and Light Electric Vehicles’, with Honda as  a main player, means we can expect something very similar on this side of the world in the near future. 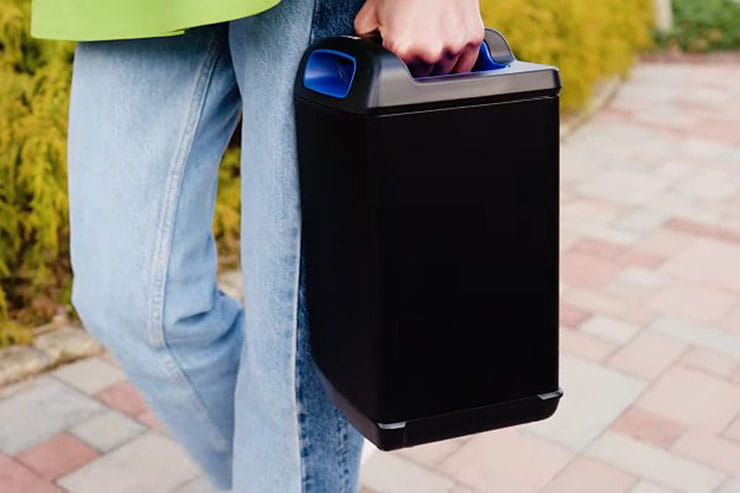