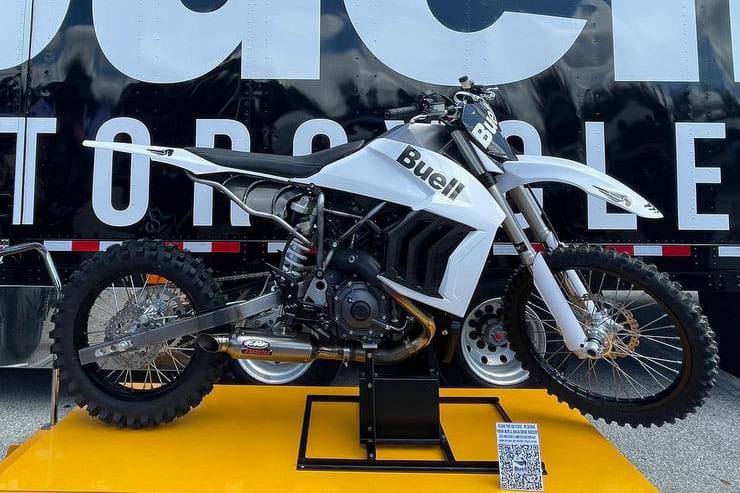 Buell pulled the covers off its promised SuperTouring and Baja DR models at Daytona Bike Week on Saturday – revealing machines that are more powerful than anything else in their respective classes.

Although detailed specs have yet to be announced for the models, the SuperTouring – which shares the same 185hp, 1190cc V-twin as the firm’s Hammerhead 1190 superbike and 1190SX roadster – is intended to outperform every rival in its segment, although it’s not clear exactly what Buell believes those rivals to be.

It’s an awkward-looking machine, with overtones of adventure bike styling, but clearly no intention at off-road ability. The chassis appears to be the same fuel-in-frame alloy beam that dates back a decade and a half to Buell’s Harley-Davidson-owned era and the debut of the 1125R in 2007, and even then it was a development of the frame that debuted a full 20 years ago on the XB9R Firebolt in 2002. The slim-spoked front wheel and rim-mounted disc brake are similar call-backs to those machines and remain a signature of all Buell’s models.

As well as 185hp, the water-cooled engine – developed with Rotax for the 1125R and later stretched to 1190cc – makes a claimed 101lbft of torque, and while that chassis isn’t new, its unusual design, with the fuel residing inside the frame rails, has always made it light and compact.

A carbon-fibre fuel tank, side panels and front mudguard should help keep the weight down, too. While this bike is officially still a prototype, and final specifications won’t be revealed until nearer its planned production start this autumn, Buell is already taking deposits and orders through its website, with a price of $21,995 (equivalent to £16,700). 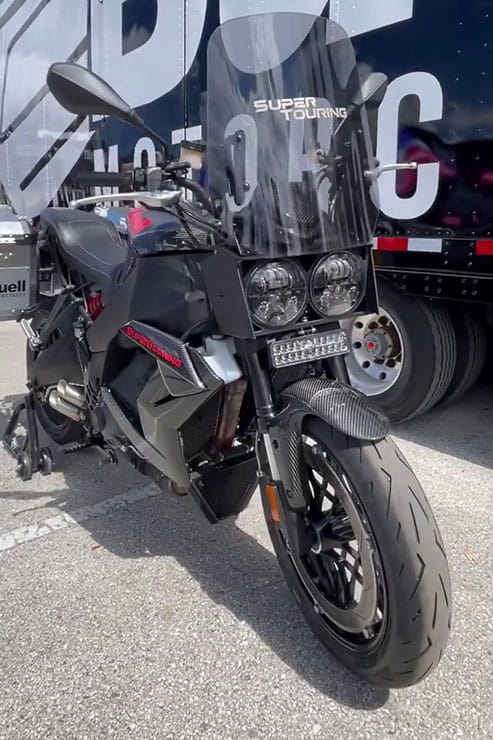 If the SuperTouring is an oddball, it’s nothing compared to the Baja DR – claimed to be the world’s fastest production dirt bike and based on Buell’s hillclimb race machine.

It gets a slightly detuned, 175hp version of the 72-degree V-twin featured in all Buell’s current models, still making the same 101lbft of torque, but it’s bolted to a tubular frame instead of the usual alloy beam design and fitted with motocross-style suspension and bodywork.

The hillclimb roots are retained in the long swingarm, allowing the wheelbase to be adjusted from 1676mm to 1778mm, while the seat towers 940mm off the ground.