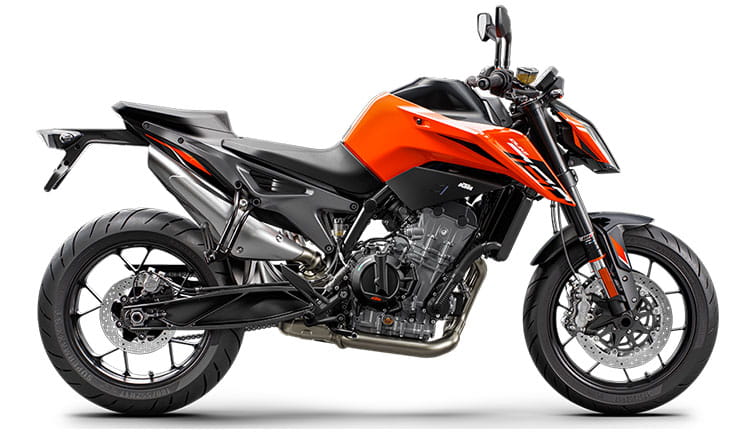 KTM has announced it is re-adding the 790 Duke naked to its range to sit below the model that was intended to succeed it, the 890 Duke.

The KTM 790 Duke was originally phased out of the Austrian firm’s line-up when it was replaced by the larger engined 890 Duke, which made use of a fresh 889cc engine that upped power to 116hp.

However, in doing so, the 890 Duke was taken out of range to meet eligibility for A2 licence holders, prompting KTM to ‘go back to basics’ with the reintroduction of a detuned 790 Duke targeted at those with a more modest budget seeking a sharp, lightweight mid-range roadster. 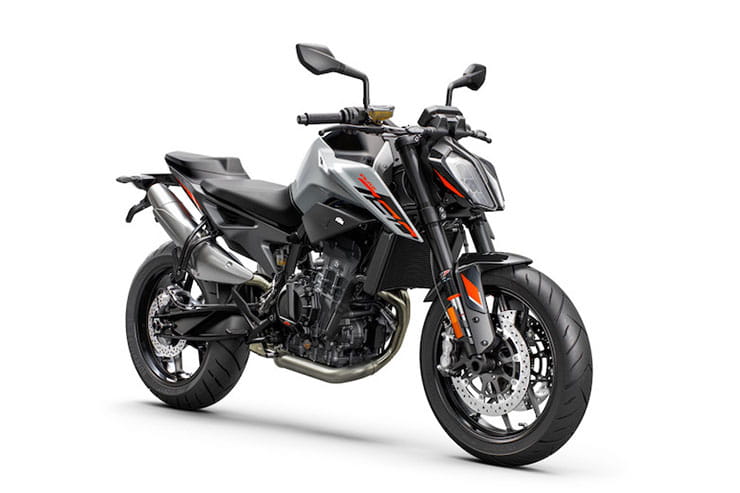 Under the skin the KTM 790 Duke gets trick suspension from WP front and back, traction control, cornering ABS with a Supermoto mode, plus the usual Sport, Street and Rain formats. It also comes with a full five-inch colour TFT display.

From the outset the 790 Duke bears all the hallmarks of its ‘scalpel’ reputation with sharp lines and a carved fairing still looking the part alongside the newer 890 Duke range. 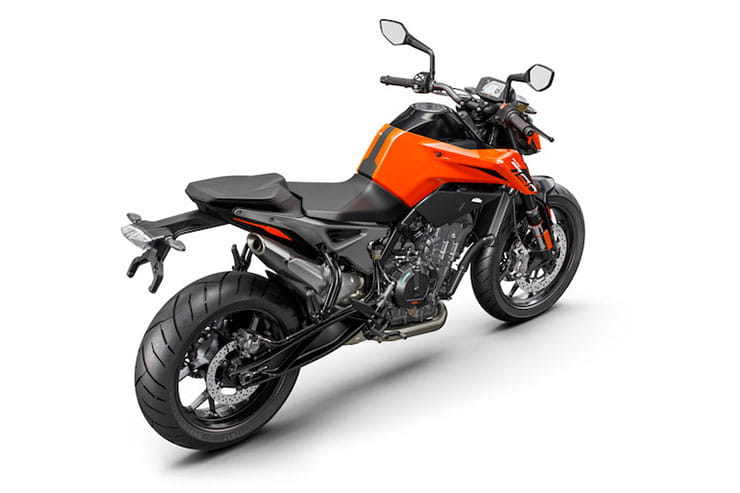 This compares favourably with the 890 Duke, which is currently listed with a starting price of just over £10,000 in entry-level trim.