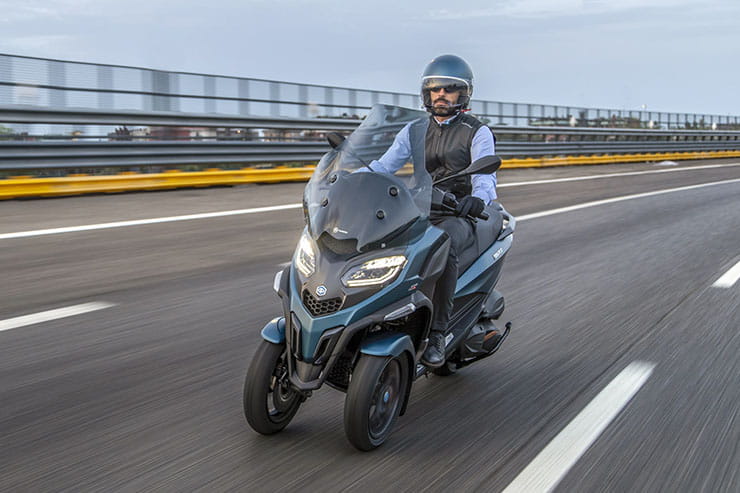 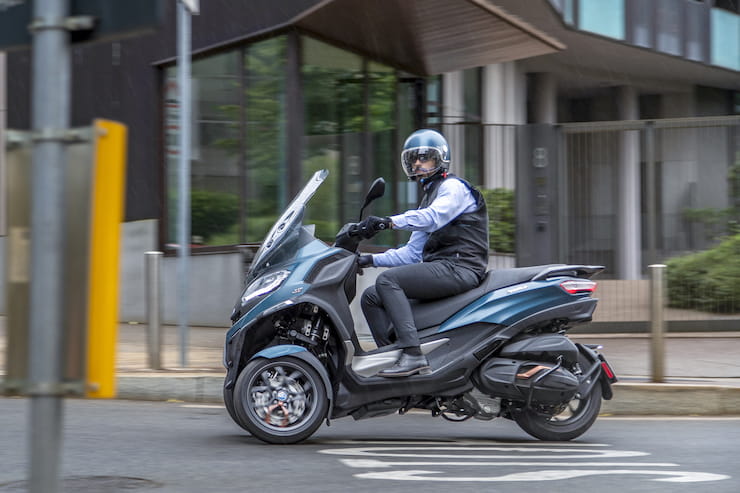 The popular and quirky Piaggio MP3 three-wheeled scooter has been given a substantial update well ahead of 2023 with refreshed looks, upgraded tech, improved kit and more power options.

The trailblazing model revolutionised urban transportation when it was first launched in 2006, the MP3 overcoming initial scepticism over its oddball design to win buyers over with its clever geometry that allows it to stay upright without propping from a stand or leg even while stationary.

Since then, more than 230,000 examples of the MP3 have been shifted across the world and spawned a number of imitators, such as the Yamaha Tricity and Peugeot Metropolis, the latter of which was banned for sale in some countries due to the similarities of Piaggio’s patented suspension settings. 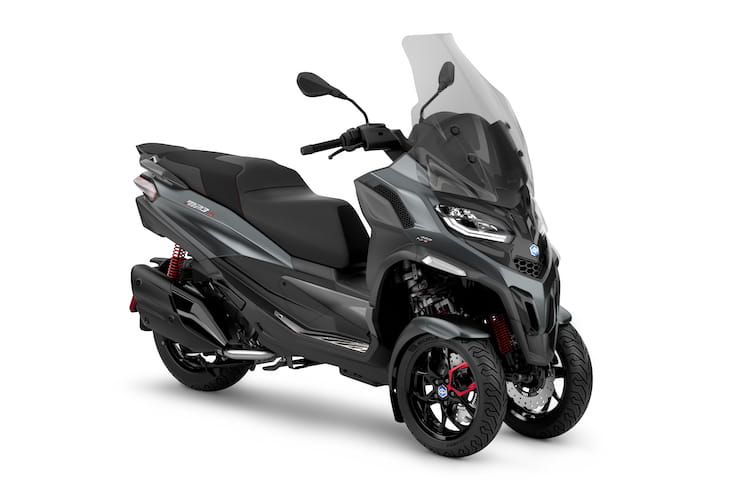 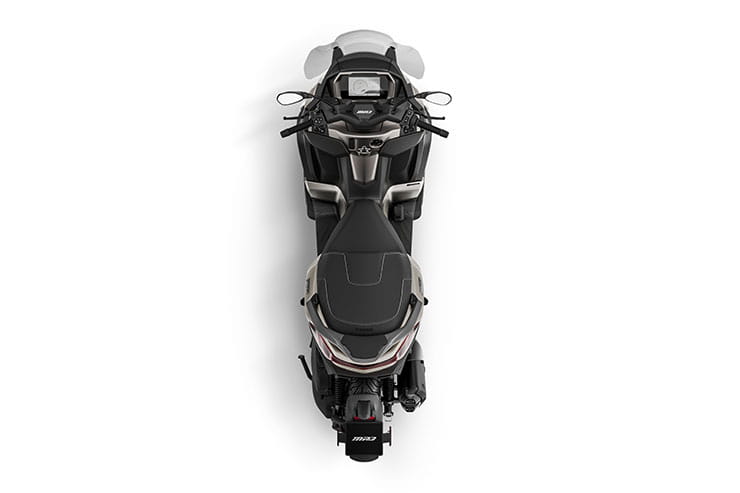 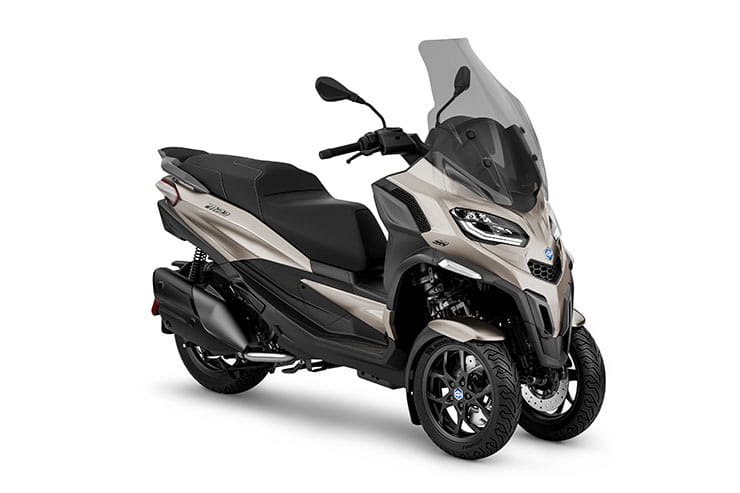 Now 17 years later, Piaggio has given the MP3 a major makeover on the skin and a significant upgrade under it too, with three new versions going on sale in Europe though the UK will get only the Piaggio MP3 400 HPE Sport (£9,800) and Piaggio MP3 530 HPE Exclusive (£11,500).

On the surface, the MP3 gains a sharper, more aggressive design - without losing its cheeky face - with some cues that appear to have been inspired by stablemate Aprilia.

A new horizontal light cluster comes with full LED, while a new windscreen and smaller sportier air intake opens up at the centre of the front shield. Piaggio will also offer a range of new colours, including two-tone combinations.

From the driver’s seat, a brand new colour TFT dashboard display has been included, while a tweak to the handlebar controls allows for greater ergonomic comfort. It also comes with Piaggio’s MIA connectivity system which allows mobile phones to be Bluetooth tethered for phone calls, GPS and music. 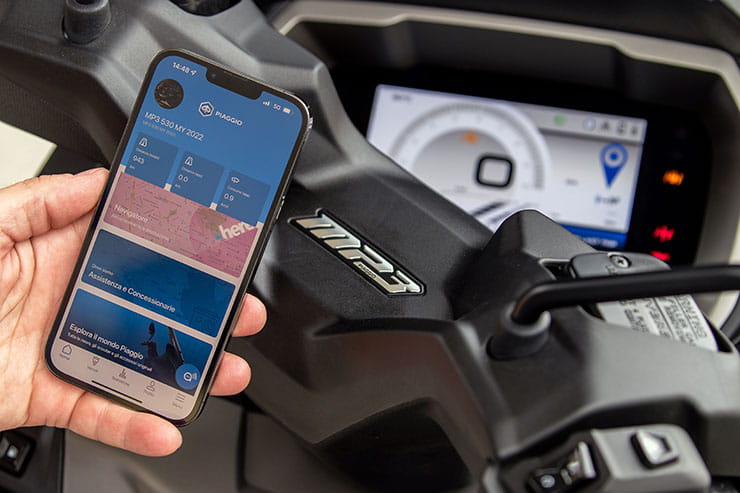 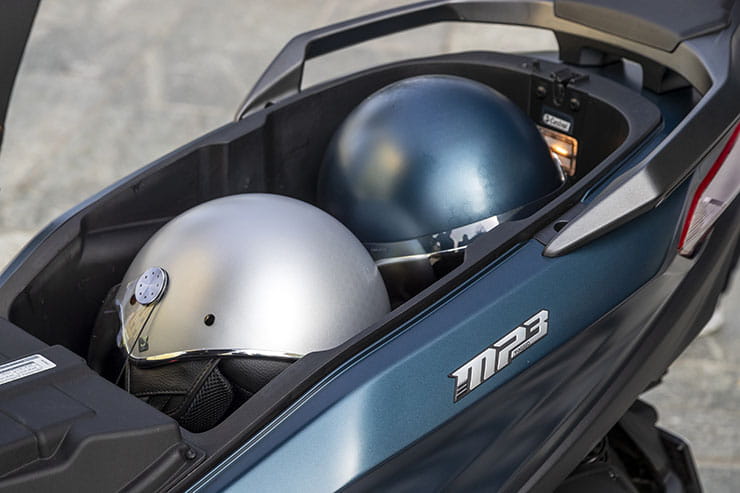 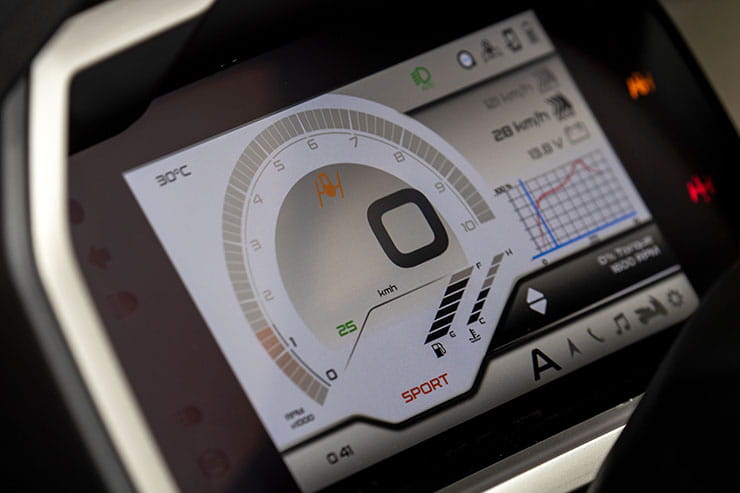 Indeed, an upgrade in tech is one of the new MP3’s key themes, including the addition of cruise control, a rear-view camera and the ARAS Adaptive Rider Assistance System. Using imaging radar 4D technology, ARAS - a feature of considerably more expensive models like the Ducati Multistrada V4 and new Kawasaki H2 SX SE - is designed to help riders navigate urban areas more safely by predicting potential hazards and is available in flagship Piaggio 530 HPE Exclusive trim.

The Piaggio 530 HPE succeeds the previous 500 HPE engine to redefine its title as the most powerful single-cylinder three-wheeler wit 44.2hp at 7,250rpm, plus a maximum torque of 50Nm at 5,250rpm.