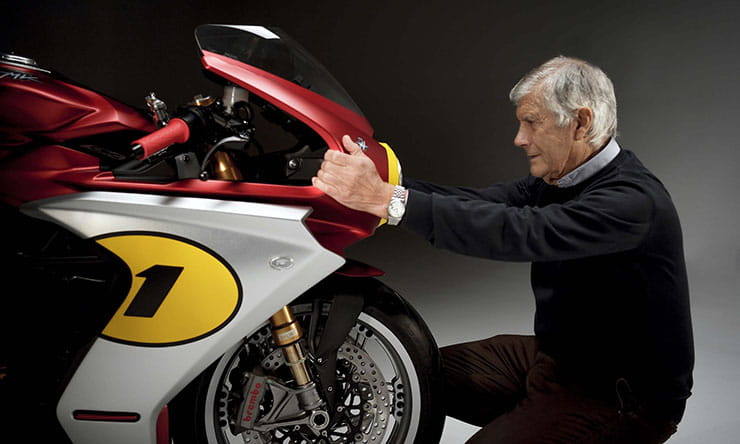 The first example of the exclusive MV Agusta Superveloce Ago special edition sportsbike has raised €54,000 at an auction during the Goodwood Festival of Speed with all funds raised to be donated towards the relief effort in Ukraine.

Revealed in October 2021, the Superveloce Ago celebrates the great Giacomo Agostini, the dominant force of grand prix motorcycle racing during the 1960s and 1970s.

A 15-time GP World Champion, 13 of these were achieved on MV Agusta machinery across the 350GP and 500GP classes.

Combined with his successes in the Italian domestic series’ and his ten Isle of Man TT victories, Agostini won an extraordinary 311 races during his career, with 122 of these occurring at GP level alone.

Read our review of the MV Superveloce here 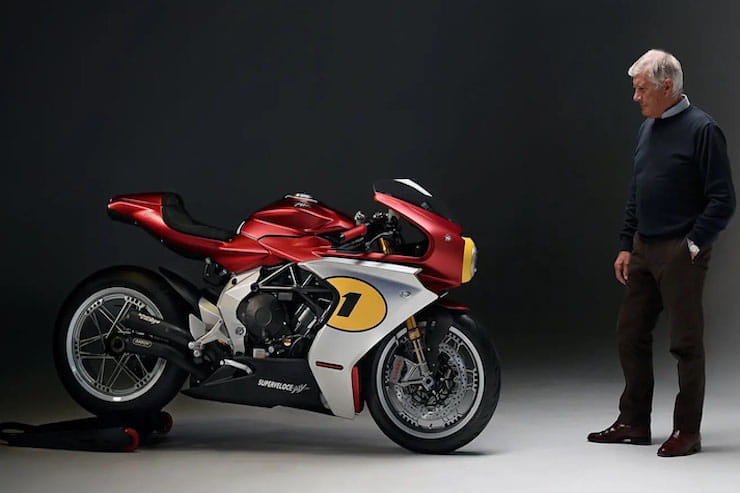 With 311 examples to be built, each model comes with a unique plate denoting exactly which model it is.

However, the model wearing ‘No.1’ now has a particularly special significance by being sold at latest Bonhams Auction, which took place at the Goodwood Festival of Speed.

Priced at €32,100 already, MV Agusta wanted this first example to raise money for UNICEF’s appeal for aid towards Ukraine, which is in the midst of a vicious war after being invaded by Russia in February 2022.

Almost 3,500 civilians have been killed in the conflict with at least almost 13 million understood to have been displaced by fierce fighting across the country.

The war holds particular resonance for MV Agusta via its Russian owner Timur Sardarov, who has publicly condemned the actions of his home nation against its neighbour.

With the sale of the Superveloce Ago to also include dinner with Giacomo Agostini himself in Bergamo, a private visit to his museum and a professional photoshoot, the entire package was estimated in value at around €80,000-€120,000. However, it came in under that estimate with a total of €54,000 raised.