Unsafe motorcycle clothing: are we making a difference? 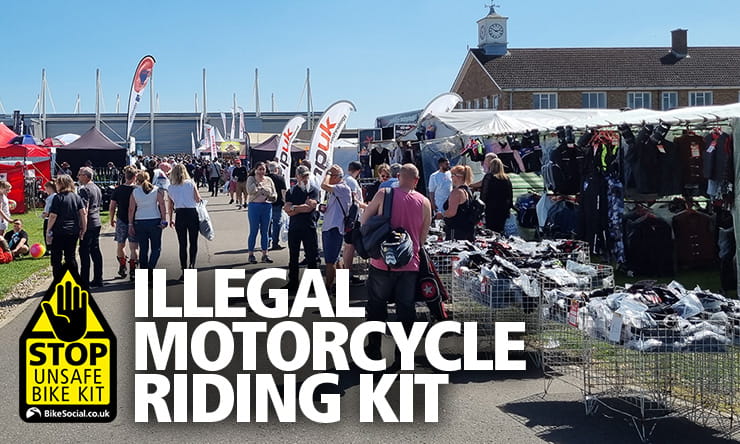 Journalism lore dictates that if the headline is a question, the answer is almost certainly ‘no’, and three months into our campaign to stop the sale of illegal, uncertified motorcycle clothing, it’d be easy to think that’s the case as we try to make shopping for protective motorcycle clothing safer for UK riders.

At the recent MCN Festival in Peterborough, it was clear that not all traders were aware of their legal obligations when it comes to selling motorbike jackets, trousers, gloves, boots and helmets. Or maybe they just weren’t interested.

But things HAVE changed… after we broke the news that Trading Standards had intervened at several stands at the Excel show in February, it sent a shockwave through the industry that many took heed of. We also saw a significant change in attitude from some traders when we gained exclusive access to officers as they worked at the Classic Motorcycle Show in Staffordshire. Far more vendors knew that the only way they could legally sell bike kit that wasn’t correctly labelled as being tested for safety was if it was a garment that had entered the UK market before 21 April 2018.

Most importantly though, more and more riders are becoming aware of what to look for when spending their money on motorcycle kit, meaning they can make the choice of whether to pick something that has or hasn’t been tested and proven to offer a level of protection.

Whatever reason a product might have for not being correctly labelled, there is only one thing you can be certain of: that its protective qualities are in no way guaranteed. 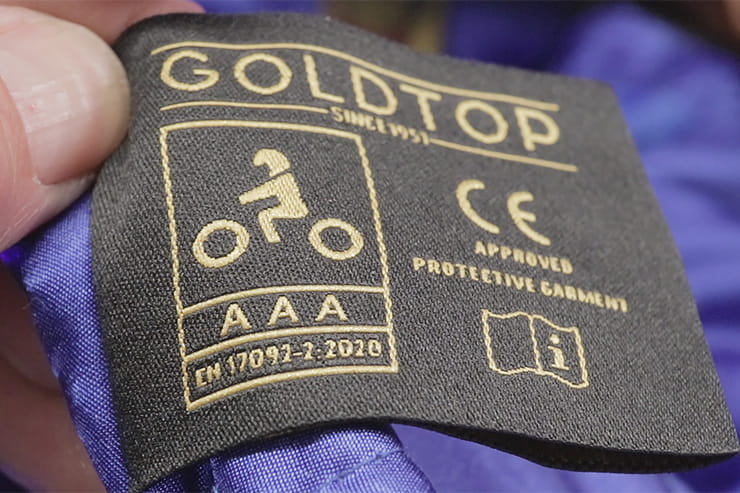 This is a correctly labelled leather jacket, which indicates that it meets the highest level of the EN17092 standard

Why you should care about a label

There is no legal requirement for you to wear anything except a correctly certified helmet when riding a motorcycle or scooter, but only the most daft people will ride in shorts and a tee-shirt.

However, since 21 April 2018, ALL motorcycle clothing – that’s helmets, jackets, gloves, trousers and boots (and one- and two-piece leathers) have to be tested and certified as Personal Protective Equipment. By law.

There are different certification methods for the types of garments, but we’ve put together this feature, which explains EN17092 and the other standards clearly.

You can wear what you like, but the law helps you make a choice based on what YOU can expect from the kit you buy if the worst happens. It’s about making informed choices, rather than influenced ones. For years, brands and sellers have made promises of safety without having to prove them. Now it’s time for that to stop.

Is anything changing at motorcycle shows?

Bennetts BikeSocial contacted all the organisers of the big motorcycle shows of 2022 to ask if they’re making stall holders aware of their legal obligations when it comes to the sale of motorcycle clothing. Bauer Media – organisers of the MCN Festival and the show at Excel earlier this year – have been excellent. It’s also fair to say that it has some very dedicated journalists who are doing all they can to make riders aware of how the safety standards work (special mention to Emma Franklin).

Mortons Media, organisers of some of the best classic motorcycle shows in the UK, has also been extremely helpful. Between them, these two publishing companies account for five of the 22 shows we’re focussing on this year, but unfortunately their great responses haven’t been matched by most of the others. You can see all the replies we’ve had, along with updates of what happened during the shows at this link.

We’ve also contacted the Trading Standards teams responsible for the regions in which each of the shows will be held; while resource issues will always be a problem, some have been more quick to respond and – in some cases – take action than others.

Anybody with concerns about the safety of motorcycle clothing can contact Trading Standards here.

Bennetts BikeSocial has seen a huge increase in the number of people contacting us for advice on motorbike kit, so the message is clearly getting through. We’ll continue to do all we can to help those looking for the right bike gear for them, with our product reviews also offering a valuable resource. 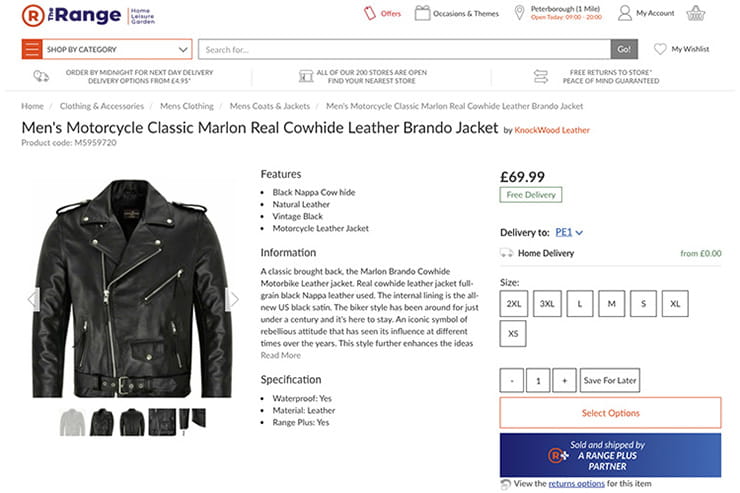 What about online sellers?

Shows allow Trading Standards investigators to speak to more vendors in a day, but this is just one piece of the puzzle, and we’re doing all we can to make other outlets aware of the law.

In April we contacted The Range about its ‘Marlon Brando’ jacket after BikeSocial member Andrew Booth pointed it out to us. While the company has never replied to us, it has since removed all mention of it being for motorcycles.

Back in May 2021 we found fake armour in leathers sold on Amazon… the marketplace seller has recently stated that its leathers are now certified to EN17092, so we’ve asked for a copy of the certificate. Interestingly, Amazon has also just released a video in which its principal of product trust and regulatory affairs for Europe, the Middle East and Africa – Dr Jeremy Opperer – talks about the online marketplace’s dedication to buyer safety.

We’ve reached out to Dr Opperer and Amazon in the hopes of discussing the legal requirement of motorcycle clothing sold in the UK as the company has the opportunity to be instrumental in reducing the sale of illegal – and potentially dangerous – riding kit.

We commented on the video, but unfortunately our feedback seems to have disappeared. You can see it below, and we continue to extend our invitation to Amazon. By bringing together some of the industry’s leading experts we could help the retail giant improve safety for millions of consumers... 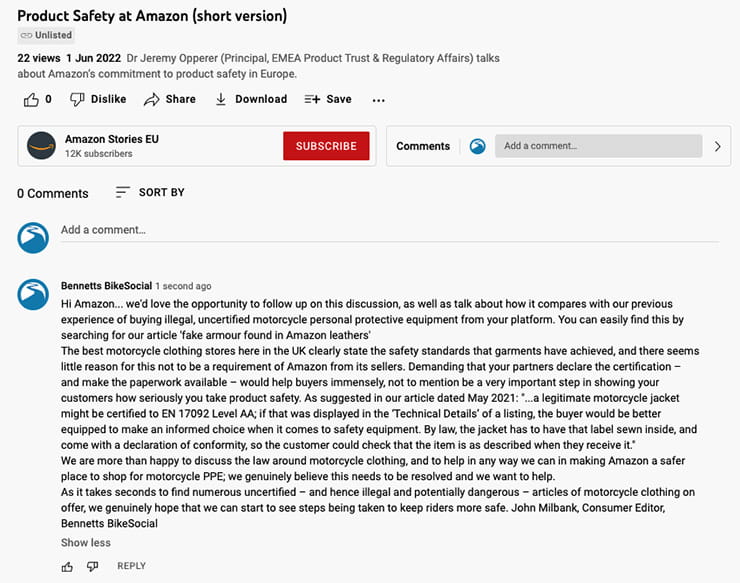