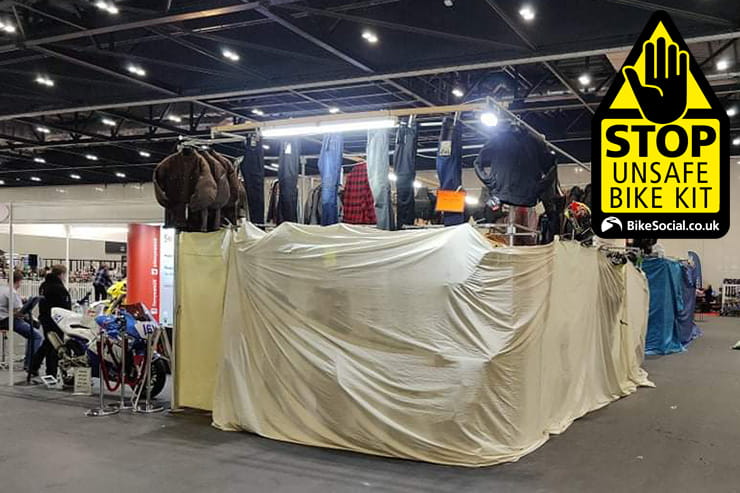 Interventions by Trading Standards led to some potentially dangerous kit being quarantined or even confiscated.

WE HAVE NOW STARTED A CAMPAIGN TO STAMP OUT ILLEGAL AND POTENTIALLY DANGEROUS MOTORCYCLE KIT AT SHOWS. PLEASE HELP US PUT A STOP TO UNSAFE BIKE GEAR HERE.

12 retailers at the London Motorcycle Show, Excel were found by Newham Trading Standards to have potentially unsafe riding kit that had not been tested and certified, and in some cases had falsified labels and even fake armour.

Products were quarantined or even confiscated as officers started closing the net on law-breaking manufacturers and retailers who have little or no regard for the riders who rely on the kit they sell to keep them safe.

Since 21 April 2018, ALL motorcycle clothing sold in the UK and EU has been deemed personal protective equipment (PPE), which means that it has to – by law – be tested and certified.

If a garment hasn’t been tested it might have no certification label, or it may even have a false one; either way, it’s deemed to be ‘non-conforming’ and the entire stock could be confiscated. You can read more about the labels and how they help you buy the right kit for how you ride, here. Be wary of any seller that tries to pull the wool over your eyes, or claims that the standards don’t matter. They do; they’re in place to help you – as a rider – make a considered choice and an informed purchase.

“Working with the Trading Standards officer was very interesting,” said protective equipment consultant Paul Varnsverry, technical director of PVA-PPE Group, who attended the show along with Alan Murray CEO of the British Safety Industry Federation, and Graham Clements, an independent compliance consultant and former certification manager at BSi. “Not just in the outcomes and the sheer scale of non-conforming products, but to see a very experienced Trading Standards officer at work; the similarity to the techniques and approaches of a senior police investigator were striking.

“It was a privilege to be asked for my opinion, but the officer clearly knew when someone was being honest and knowledgeable, and when they were simply saying what they thought was required.

“27 stands were visited, with 12 requiring some sort of intervention. In some cases the sellers quickly removed the stock from sale, though in others they were far more resistant to meeting their legal requirements, and that led to some stock being confiscated.”

Trading Standards did take a common-sense approach to enforcing the legislation; while the law has been in place for several years, difficulties in getting kit tested and some poor communication from industry bodies meant that some brands were slower to get their range certified than others. Where a seller had non-conforming kit for sale that was provably stock that entered the market before 21 April 2018 – and they also had newer, properly certified kit, for sale – Trading Standards didn’t have a problem.

However, when sellers bought or made stock last year there were no excuses; it was hidden from sale or taken away.

“We take our responsibility to protect the public from unsafe goods seriously and our Trading Standards Team advised the businesses and ensured the unsafe items were immediately removed from sale.

“The team issued warnings about future conduct and around further action that could be taken. 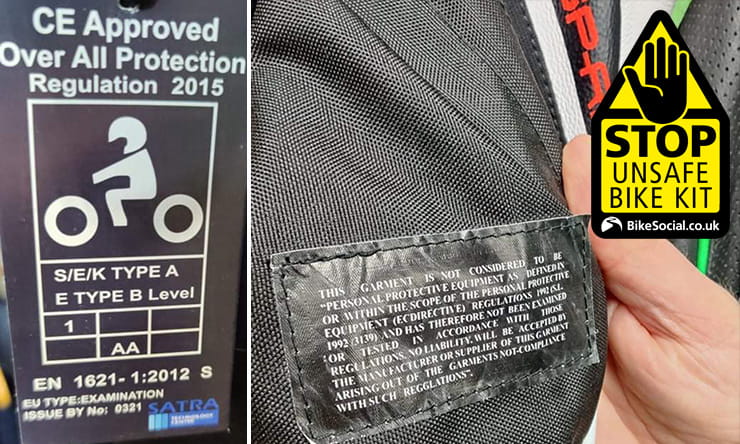 Attendees at the London Motorcycle Show saw that one exhibitor had half its stand closed off to quarantine kit that was non-compliant, while the owner of another business was heard arguing with organisers after being told by Trading Standards officers that they couldn’t sell the non-compliant kit on their stand. When the show staff took the right stance and refused, the seller reportedly wrapped up the stand and left.

A third exhibitor was found to have fake back protectors in its clothing, which were confiscated.

BikeSocial has heard that, while officers formally attended on the Friday, checks were being carried out over the weekend to ensure that sellers didn’t start offering the potentially dangerous gear again. 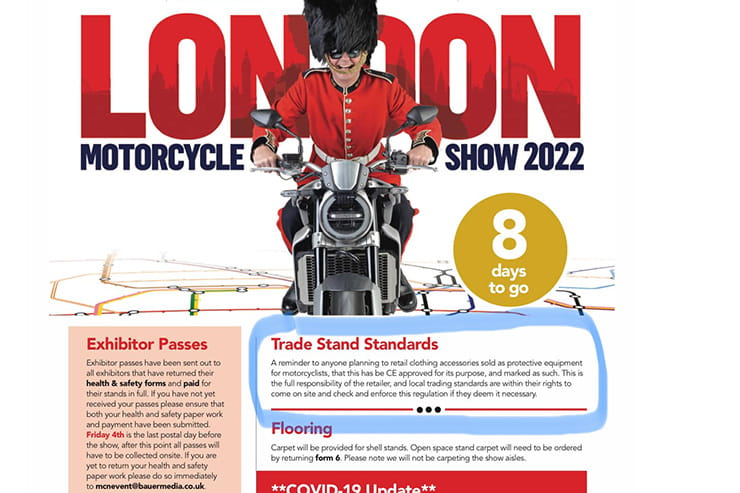 Roadskin was at the show with its range of fully-tested and certified gear; “It was reassuring to see Trading Standards there,” Ian Wilson, Director of Roadskin told me. “Bona fide, responsible retailers invest a lot of time and money when designing their products to ensure that their goods meet the strict testing criteria that is in place to pass CE approval.

“I think it’s fair to say that the owners of the large majority of well-known UK brands/retailers are motorcycle riders themselves, so, naturally, it is extremely important to us that the goods we sell are fit for purpose; from Roadskin's point of view that means our products can, quite literally, save your skin!

“It can sometimes take up to a year from conception to manufacture of a product to get it absolutely right, which includes the three to four months that it’s taking to get a product tested and certified. It’s therefore pretty frustrating when we go to shows and can clearly see that goods are being sold as motorcycle PPE when they obviously aren’t!

“I think the exhibition organisers owe it to the riders to ensure that anyone pertaining to sell protective motorcycle clothing can prove that it does the job!

“There is much talk about the ‘grey area’ concerning CE certification and whether a product needs to have it if it landed in the UK before a certain date etc, and it’s true to say that many genuine retailers selling perfectly legitimate goods have been caught up in this legislation. The issue I have is when traders are selling items such as leather jackets at a motorcycle show – as motorcycle jackets – that, quite frankly, couldn’t even stand up to a Saturday night brawl at the pub, let alone a motorcycle spill!” 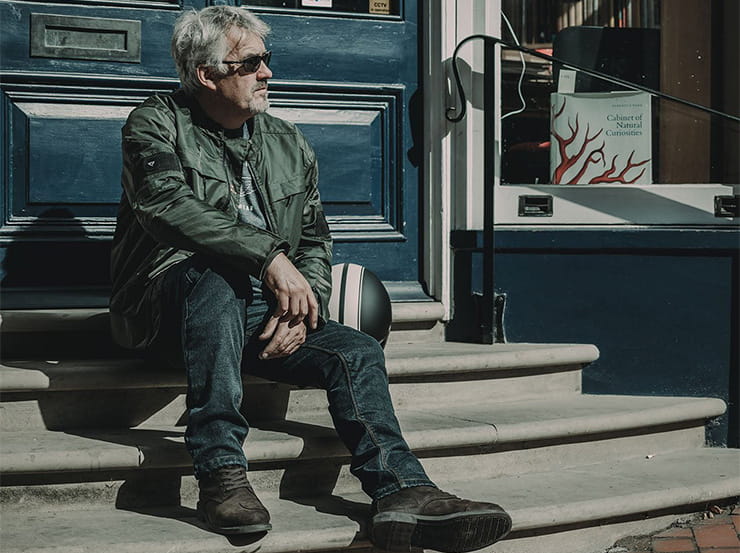 Ian Wilson, Director of Roadskin believes brands should prove their products are safe

Joe Cullen, who owns Goldtop Motorcycle Outfitters with his father, was also pleased to see the legislation being enforced; “As a manufacturer that focusses on providing safe and functional motorcycle clothing, we welcomed the introduction of the CE law,” he told us. “It provides a standard with defined metrics and levels that will only help to better inform the purchasing decisions of today's motorcycle riders.

“We have always been confident in the safety characteristics of our motorcycle clothing, and so to have all of it assessed by industry professionals, and then certified (with our jackets passing to the highest AAA level), was great.

“The CE certification process can be costly and time consuming, however it levels the playing field for all manufacturers, and makes the industry a safer and fairer space.

“We were glad to see Trading Standards at the event as we have nothing to hide. Without the enforcement of the law, untested – and possibly unsafe – garments would still be openly sold to consumers, and often at a much lower cost than certified products. “Motorcycle clothing exists to protect the user, and so it can only be a benefit for consumers to know that the clothing they purchase to protect them is safe, has been tested and certified, and that those certifications are being checked up on, with untested (and illegal) products thankfully being removed from shelves.” 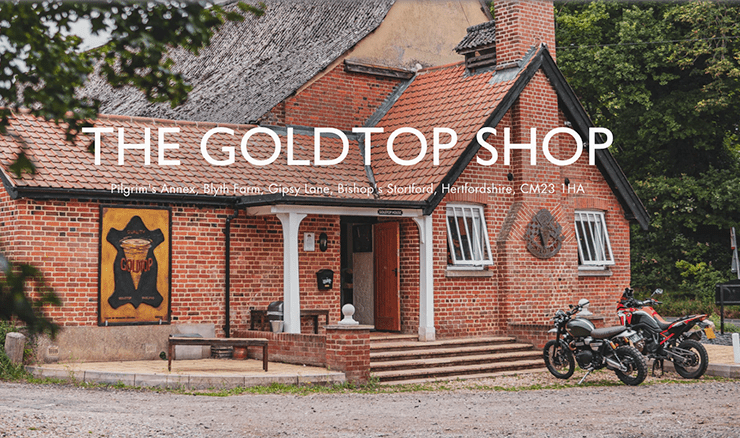 Ina Lombard-Ogilvie is the owner of MotoGirl. “Being a manufacturer of motorcycle clothing, MotoGirl cannot sell anything in the UK and EU unless it’s tested, certified and approved.

“The process is very time-consuming and very costly for small companies with fewer products to test, but on the positive side our customers can have peace of mind that what they’re buying has been tested independently, and it gives us credibility in the market for selling safe, protective motorcycle gear.

“What is frustrating is that many companies worldwide are ignoring the regulation and are getting away with importing and selling potentially unsafe motorcycle clothing into the UK and Europe at motorcycle shows, websites, eBay and Amazon, with no-one enforcing the regulation.

“At the MCN London Motorcycle show word spread quickly throughout the hall that Trading Standards was visiting the stands… this was music to our ears, especially seeing a few stands misleading the public into thinking the clothing was safe to wear on a motorcycle when it is NOT!

“Trading Standards’ intervention at motorcycle shows is a start, but there is still a lot to be done to get all the uncertified motorcycle clothing off the market”

“Rest assured MotoGirl remains committed and transparent on the safety of all our products sold to motorcyclists around the world.” 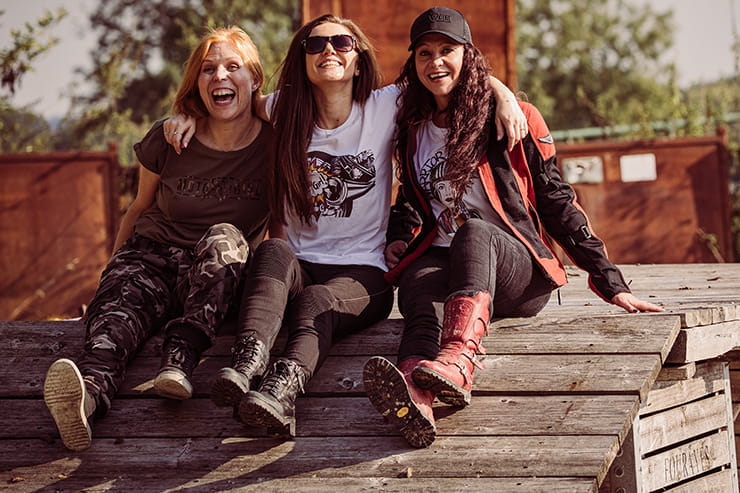 BikeSocial spoke to the organisers of the London Motorcycle Show and were told that “Anything that helps to improve motorcycling safety is welcomed by MCN, and the organisers… were working closely with Trading Standards throughout the event to ensure that all equipment being sold met the correct safety standards. Exhibitors were incredibly welcoming and the vast majority found to be in complete compliance with the law...” 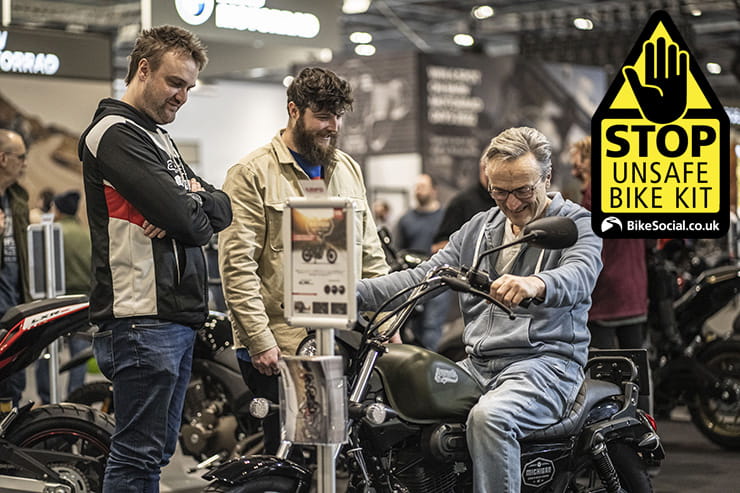 “Kudos to Bauer, publisher of MCN; they did things right,” said Paul Varnsverry.

Having all riding kit certified as personal protective equipment has generally not made it more expensive to the buyer, but it is putting a stop to brands and sellers claiming that kit is protective when in some cases it simply isn’t.

Besides a helmet, it’s of course entirely the choice of the rider as to what they wear, so BikeSocial continues to work hard to increase awareness of the protection kit can offer. It’s great to see other leading media outlets taking the same stance: “We were delighted to welcome Trading Standards,” said MCN editor Richard Newland. “MCN has a zero-tolerance policy on the miss-selling of fashion items as protective kit, and we take an even more stringent approach to products identified as intentionally mislabeled to deceive buyers. Rider safety is of critical importance and traders who seek to mislead and endanger bikers by selling sub-standard products – online, at shows, or in their retail outlets – should be exposed to the full force of the law. The discovery of a very small number of what appeared to be non-compliant items in London proved that MCN was absolutely right to welcome Trading Standards to our event. Bikers are safer because of the results of that partnership. We urge riders to always double-check what they’re buying – and if a deal looks unbelievably good, it’s often a sign that the product being offered is not genuine.”

Newham Trading Standards is no stranger to the Excel; the venue comes under its jurisdiction so officers regularly attend, typically to look for intellectual property infringements. This was the first time they’d attended for a motorcycle show, but it certainly won’t be the last.

Trading Standards offices are run locally, and enforcement of the law surrounding the safety of motorcycle kit can be inconsistent. However, the approach of show organisers around the legitimacy of the products sold by the companies that buy space from them is also important, as well as their eagerness to engage with enforcement officers.

MCN and Bauer should be applauded for helping to ensure visitors to its show can buy with confidence; let’s hope that continues with future events from other organisers.

Bennetts BikeSocial will be continuing its in-depth product tests and reviews – such as the exposé on potentially dangerous leathers we bought from Amazon – and we’ll be closely following 2022’s shows to help make sure that sellers and organisers aren’t putting riders at risk with shoddy and potentially dangerous kit.

WE HAVE NOW STARTED A CAMPAIGN TO STAMP OUT ILLEGAL AND POTENTIALLY DANGEROUS MOTORCYCLE KIT AT SHOWS. PLEASE HELP US PUT A STOP TO UNSAFE BIKE GEAR HERE.