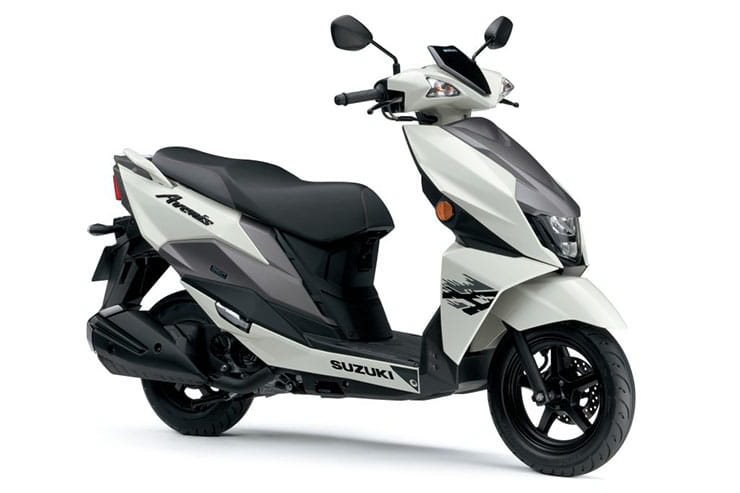 For much of 2022, Suzuki’s UK scooter line-up has been looking slim to the point that it nearly disappeared – only the Burgman 400 survived, leaving no learner-legal 125cc or smaller options.

Now that’s being remedied with two new 125cc models that are due to reach dealers in October.

The Address 125 and Avenis 125 fulfil similar roles but with distinctly different styles. The Address – a name familiar from the old Address 110 that was brought to the UK until 2021 – is a more classically-styled machine, while the Avenis 125, launched in other markets earlier this year, has a modern, sporty appearance.

Both use the same engine, a 124cc air-cooled single that makes 7.4 lb-ft of torque at 5500rpm and 8.6hp at 6750rpm. Suzuki promises a good balance of economy and performance with a claimed 148.6mpg from both bikes.

Mechanically, the similarities extend to the bikes’ underpinnings, with identical frames, wheels (12in front, 10in rear) and suspension. The Avenis is a slightly larger machine, with a 10mm higher seat at 780mm, 20mm more width and 70mm more length. Its fractionally heavier – 107kg wet compared to 105kg for the Address – but also gains an extra 0.2 litres in the fuel tank, 5.2l vs 5l, to push its theoretical range up from 163 miles to 169 miles.

Prices won’t be announced until later in the year, but the old Address 110 was £2399 when it was last offered here, which could be a hint at where the new models will be positioned. Both bikes are expected to be available from October 2022. 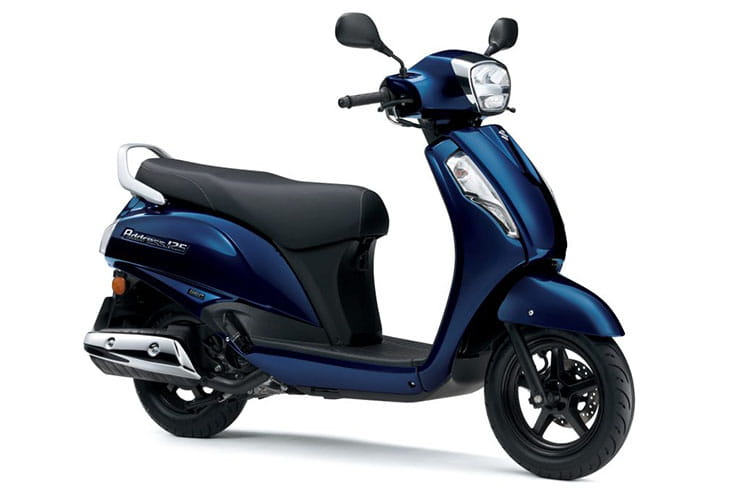