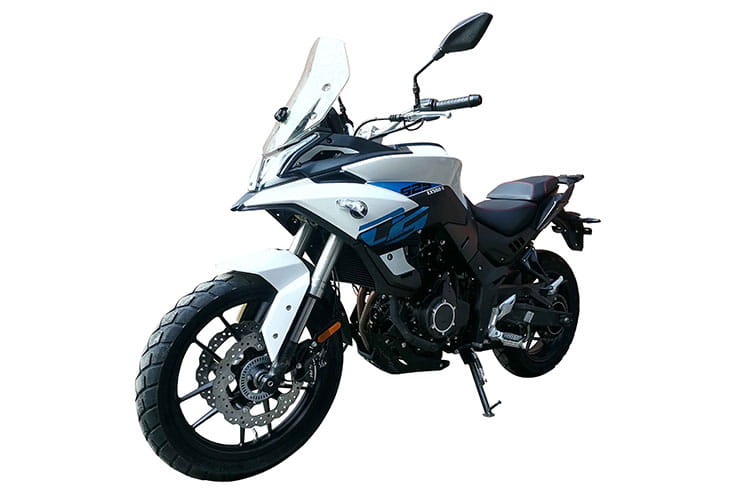 Back in June last year Chinese brand Voge hit the UK market for the first time with a three-model range of parallel twin machines. Now all those bikes are in line for an upgrade as Chinese documents show that the firm is to replace them with larger-capacity versions.

Founded in 2018 as a high-end subsidiary of Loncin, one of China’s larger motorcycle makers, Voge machines are now imported by the same company that brings us Lexmoto and Yadea machines. Currently we get three models – the 500DS adventure bike, the 500DSX (similar to the DS but with a more off-road style including wire wheels, 19in at the front, 17in at the rear, instead of the DS’s 17in alloys), and the 500AC, a retro-style naked sports model.

All the bikes curretly share the same 471cc, 46.3hp parallel twin, made by Loncin but effectively a clone of the identically-sized Honda twin used in the CB500X, CBR500R, CMX500 Rebel and CB500F. But that’s what’s changing with the upcoming models, revealed in new Chinese type-approval documents. 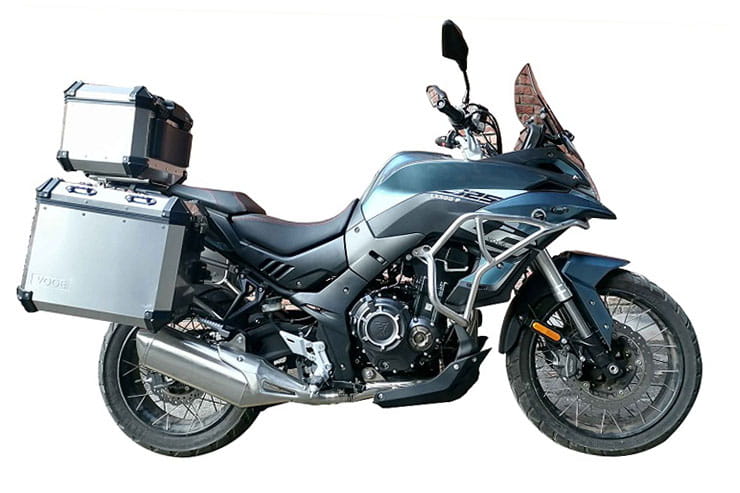 The engine in the current bikes is the Loncin KX500 unit, which goes under the codename LX267MR, but the next-generation machines have an updated LX268MR motor, gaining 23cc in capacity for a total of 494cc.

The increase comes from a boost in both bore and stroke, rising from 67mm x 66.8mm in the current motor to a ‘square’ 68mm x 68mm, with peak power rising to 53.1hp as a result. The same engine has recently been launched in China in the sporty-looking Voge 525R, a model that has yet to be launched over here, although its predecessor – the 471cc 500R – is sold in some European countries including Germany, so meets EU type-approval requirements. As and when the larger engine comes here, it’s sure to be restricted to 47hp to suit A2 licence rules, but it will still have a useful torque increase over the 471cc version.

Like the 525R, the new DS, DSX and AC models will get the ‘525’ designation to indicate their larger engine, even though its real capacity remains below 500cc. 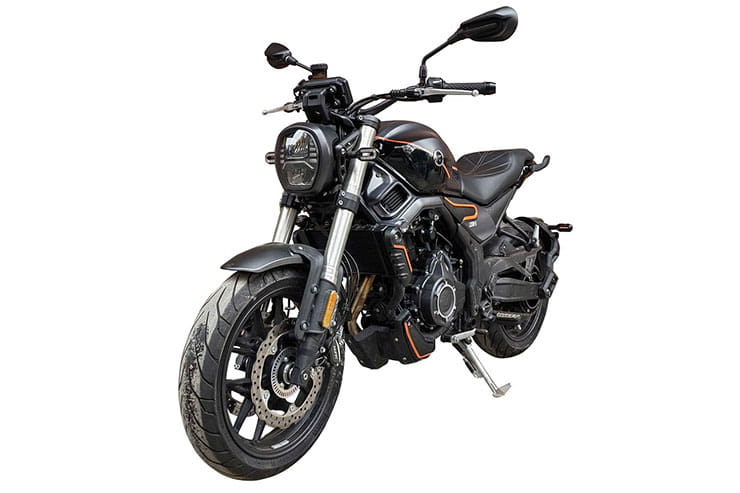 As with the current models, the 525DS and 525DSX are distinguished by their wheels, with the DS using alloys while the DSX has wires. However, the Chinese type-approvals show that the alloy-wheeled DS gains a larger 19in front rim instead of the current model’s 17-incher.

Two versions of each bike have been approved in China, the second featuring aluminium side and top cases, along with crash bars, that add 20kg to the kerb weight – hiking it from 210kg for the luggage-free versions to 230kg, including a tank of fuel.

Visually, the bikes are otherwise unchanged, other than new crash bars (when fitted), a revised exhaust system with a larger end can, and new graphics displaying the ‘525’ name. As on the current bikes, there are Nissin brakes with Bosch ABS as standard.

Moving over to the retro-style 525AC, the visuals are entirely unchanged from the 500AC apart from tweaked graphics and a change to the stitching on the seat. However, this is already one of Voge’s most up-to-date models so there’s no pressing need for a new look.

At the moment, the 525AC, DS and DSX models have yet to be officially revealed even in Voge’s Chinese homeland, but given the company has launched the 525R and now type-approved the other ‘525’ machines it’s unlikely to be long before they’re unveiled. How long will it be before the same updates reach European markets? That’s less clear, but don’t be surprised if ‘525’ models replace the 500s in Voge’s 2023 line-up.