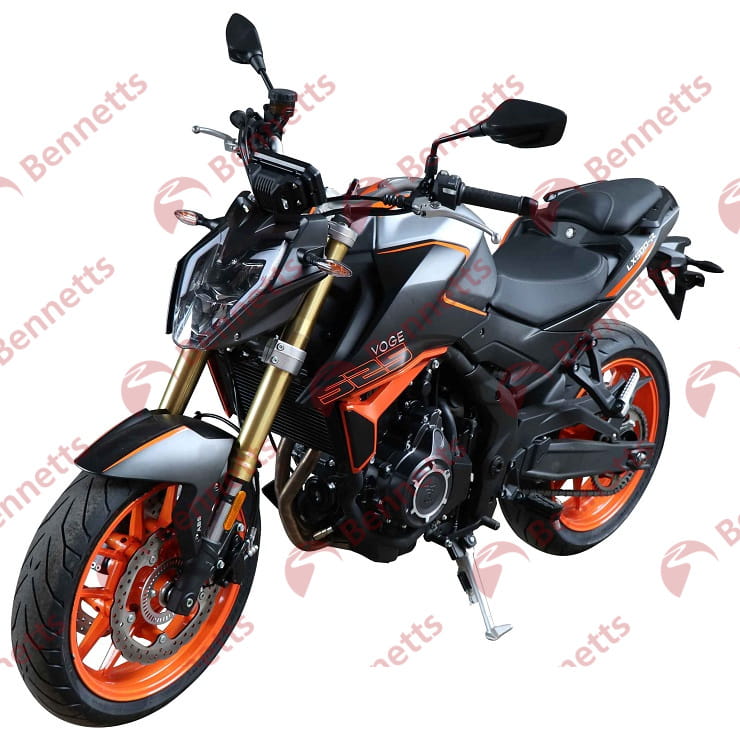 It was only in June this year that the Voge brand hit the UK market and at first acquaintance its initial offering – the £5k 500DS adventure bike – proved an impressive debut. Now the firm is readying two further models that could cement its position as a viable alternative to more established brands.

First of all, what is Voge? It’s an arm of long-standing Chinese brand Loncin, aimed squarely at making relatively high-spec bikes targeting international audiences. In mainland Europe, the firm’s range already includes 300cc and 500cc ‘R’ naked bikes, the aforementioned 500DS adventure bike as well as the larger 650DS, plus a 300cc retro, the 300AC.

The first of the new models, yet to be officially launched but with pictures and images leaked via Chinese type-approvals, is the 525R – a machine that will effectively replace the current 500R.

Voge has already started teasing this bike’s existence so the official unveiling can’t be far away, but why wait when you can see it right now?

At first glance, its similarity to the existing 500R is clear. The headlight appears to be the same, as does the fuel tank. The seat unit is new, though, and so are the side panels flanking the radiator.

What’s more important, though, is the engine. Where the current 500R uses a 471cc parallel twin that’s virtually identical in design to the similarly-sized unit used in Honda’s CB500 range, the 525R has a larger motor. Despite the ‘525’ name, the engine is actually a 494cc unit. Once again, the overall design appears to be what might politely be called a ‘tribute’ to the Honda CB500 unit, but it’s now larger and more powerful than the Honda.

With a peak of 39.6kW – equivalent to 53bhp – it’s around 6hp more powerful than the previous motor, although that might not remain the case when the bike reaches Europe. Why not? Because our ‘A2’ licence bracket, which limits riders to 35kW (47hp), is the most obvious target for the machine, so some judicious detuning is likely to take place.

In terms of other specs, the 525R is 10kg lighter than the 500R, down from 198kg to 188kg wet, and gains improved specs including a colour TFT dash instead of the black-and-white version of the existing model. The suspension, with 41mm USD Kayaba forks and a monoshock from the same firm, appears unchanged, although those forks gain a gold coating, and the brakes are the same Nissin 2-pots, equipped with Bosch 9.1MB ABS. 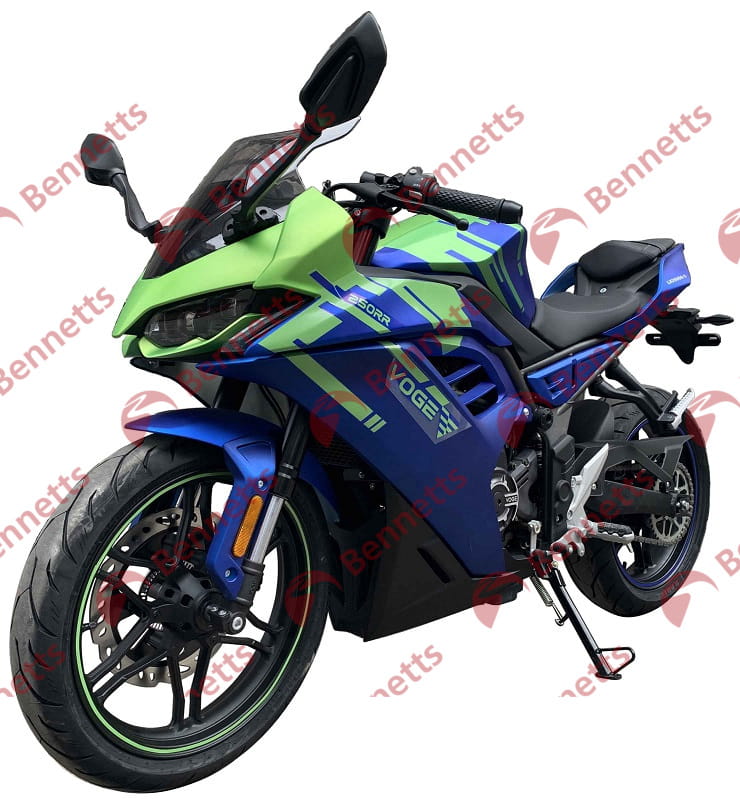 The second new Voge is the firm’s sportiest model yet; a ‘250RR’ that’s likely to adopt the firm’s larger 292cc engine by the time it reaches Europe.

Voge previously made a 300RR, offered in some markets, and the new version is likely to adopt the same name. Although it’s hard to be certain from the sole available picture, the chassis appears to be new, rather than a direct carry-over from the existing 300R and 300RR models, with a noticeably different swingarm and seat subframe. Meanwhile, the styling is a big step forward from Voge’s previous 300RR. Look past the eye-searing green and blue paintwork and there are some attractive features including semi-floating side panels and a well-sculpted tank, while the seat with its large aero ducts is similar to designs seen on several of the current crop of 1000cc superbikes.

The 250RR is expected to be launched in China imminently.