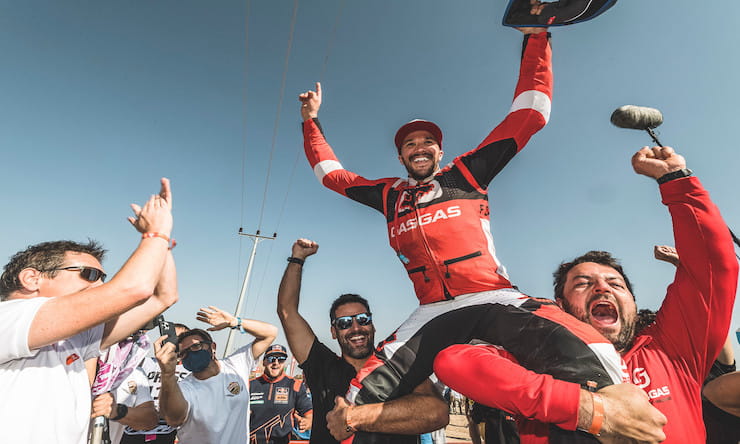 Sam Sunderland has won the 2022 Dakar Rally after holding off a charging Pablo Quintanilla on the final stage in Saudi Arabia to record a famous second-career win.

Becoming the first British rider to triumph on the tough rally-raid endurance classic in 2017 with KTM when the event was held in South America, Sunderland assured his legend status by becoming only the ninth person to win the Dakar Rally more than once since 1978 and only the third to do so with different manufacturers.

Just as significant, the success marks a historic first win for the GASGAS, which after several low profile outings capitalised on its elevated factory status with support from parent company KTM/Pierer, plus a rider of Sunderland’s calibre. 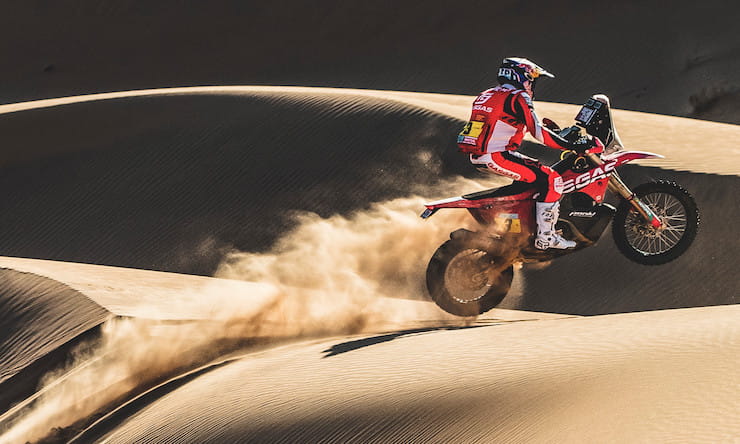 Sunderland’s success comes after a gruelling 8000km rush across the deserts and dunes of Saudi Arabia during which he maintained consistent front-running pace throughout.

Leading from SS1B until the rest day after SS6 - despite a fall that left him with a sore shoulder - Sunderland endured a more closely fought second week as running order and navigation issues led to a frequently changing leader board.

However, despite twice losing the lead on SS7 and across SS9/SS10, Sunderland kept fighting back until a pivotal penultimate SS11 saw him wipe out a five-minute deficit to the top to come into the final 680km test with a 6m 52secs cushion over Pablo Quintanilla (image below).

Though the Chilean dug deep to set the fastest time on SS12, Sunderland’s eighth best time was only 3m 25secs down on his rival, to assure victory by 3m 27secs.

It means Sunderland comes away with the trophy despite winning just once on the longest 830km SS8 test. 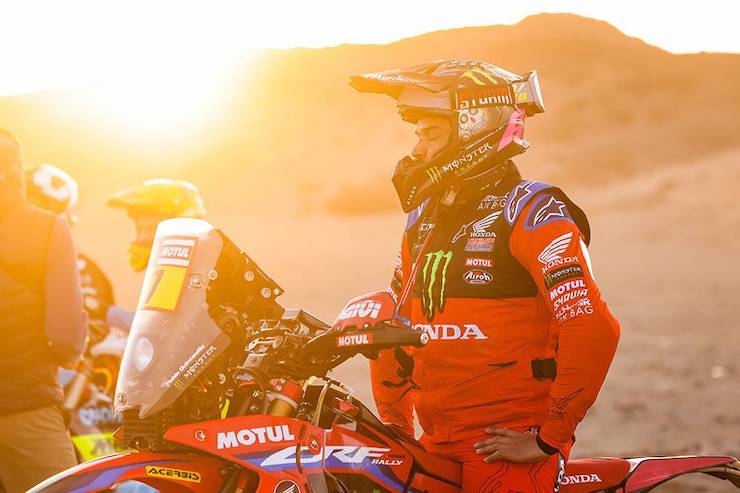 Winners in 2020 and 2021 with Ricky Balbec and Kevin Benavides respectively, Honda had to settle for second this time with Quintanilla, who couldn’t quite complete the fairytale fight back from problems early in the event that had him chasing down a 15m gap to the front.

In third place, 2018 Dakar Rally winner Mathias Walkner notched up another career podium for KTM, while Adrien Van Beveren had to settle for a frustrated fourth, the Yamaha rider having led with two stages to go before a navigation disaster on SS11 tumbled him down the order.