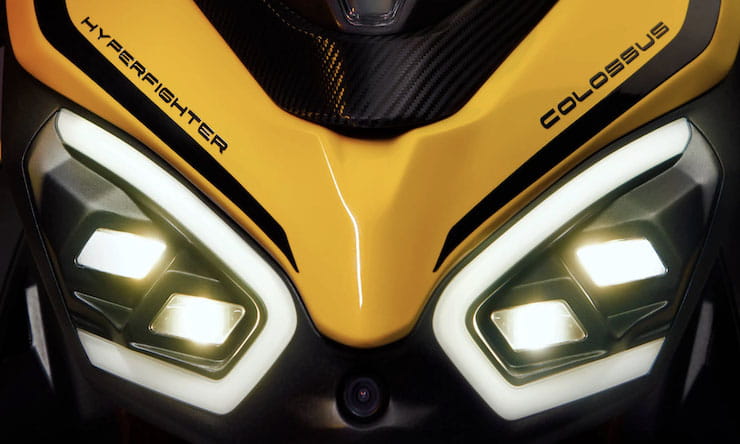 The HyperFighter Colossus is the second model to emerge from the Vancouver-based company and comes two years after it made the industry sit up and take notice of its inaugural model, the HyperSport sportsbike, when it too made its bow at CES.

Essentially the naked version of that model, the HyperFighter is being pitched as a more exclusive variant of Damon’s range, boasting similar specification to the HyperSport but being limited to only 100 units.

Boasting a more dynamic design than the HyperSport, the HyperFighter Colossus strips away a substantial amount of the fairing without betraying too much of its electric origins, with the high-set side-fairing, bison hump and clever monocoque construction doing a fine job of disguising the usually ungainly battery pack. 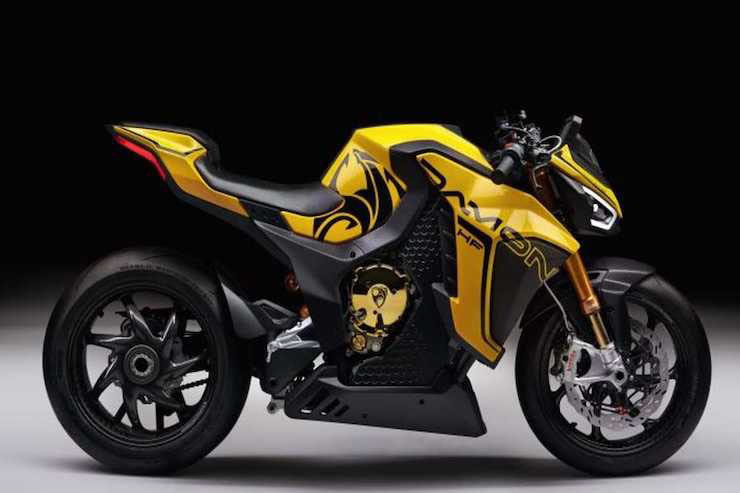 Up front, the HyperFighter gets a sharper interpretation of the HyperSport’s front-end with angular quad spotlights poking out either side of LED wraparound headlights and a sharp snout.

The HyperFighter will be available in three trim levels - Colossus, Unlimited 20 and Unlimited 15 - but each comes with the same 20kW battery claiming 200hp, 147.5Ib-ft of torque, a 176mph top speed and an average range of 146 miles.

The flagship Colossus is identified by its Brembo brakes, Öhlins suspension, a single-sided swingarm and a special body kit and will be priced at $35,000. 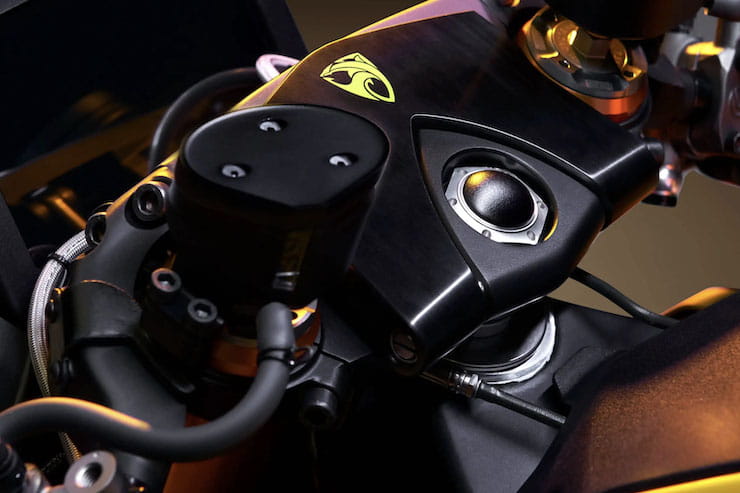 In addition, all models make use of Damon’s clever Co-Pilot 360-degree advanced warning system, which features cameras that create a ‘net’ around the HyperFighter to alert a rider of any potential hazardous incidents, while the Shift feature allows riders to adjust the handlebars and footpegs for better ergonomics.

Registration for the Damon HyperFighter is already open with only a $250 refundable deposit required for those interested in getting one of the most intriguing examples of electric motorcycle innovation in their garage.