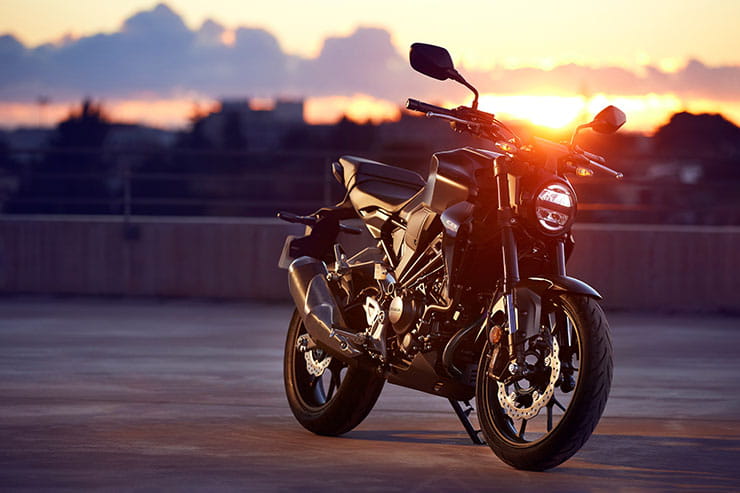 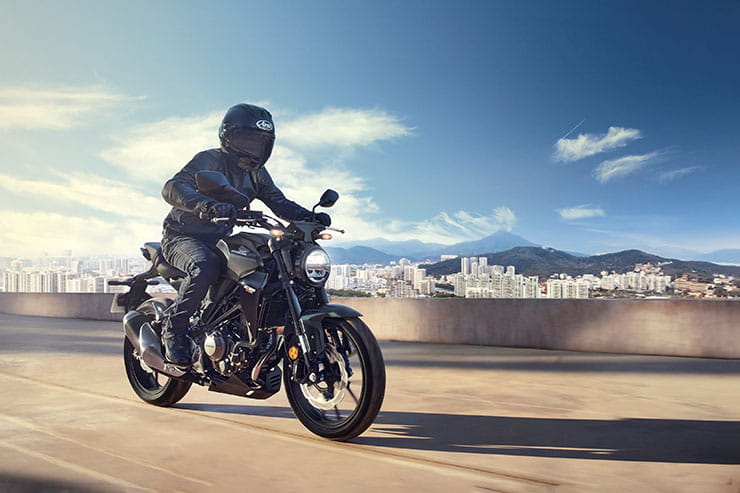 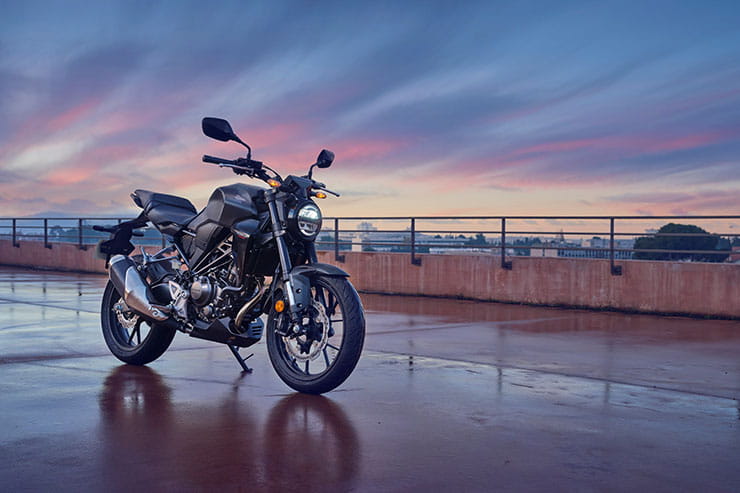 Honda’s CB300R quietly disappeared from Honda’s UK line-up along with a host of other non-Euro5-compliant machines a year ago but it’s riding back into sight for 2022 to fill the yawning gap between the CB125R and CB650R in the firm’s ‘Neo Sports Café’ range.

As well as receiving engine tweaks to meet the latest emissions limits, the 2022 CB300R gains improved suspension and technology. 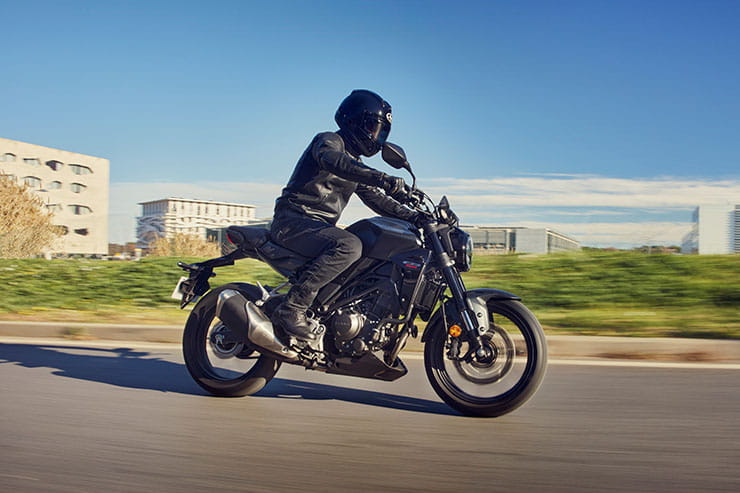 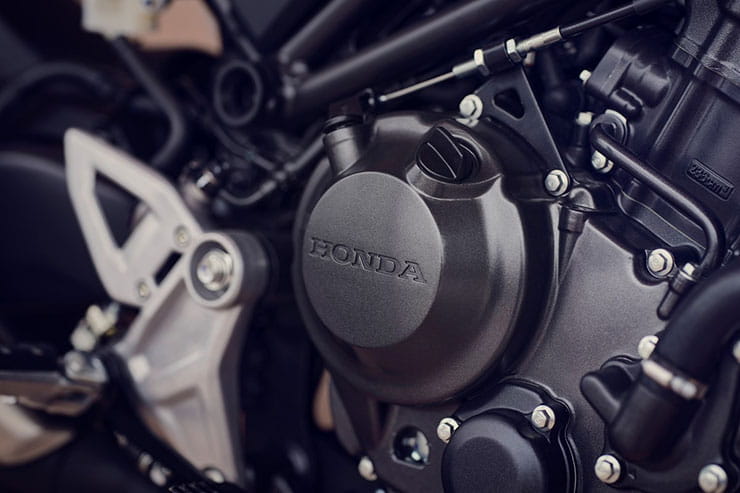 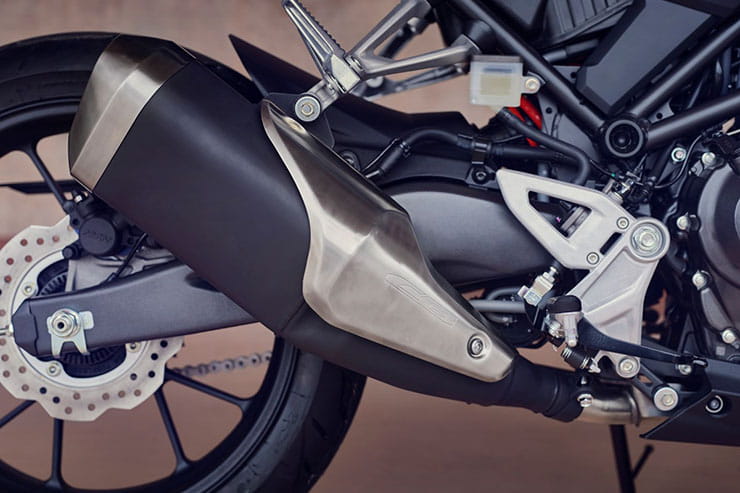 Kicking things off, we get the new Euro5 version of Honda’s 286cc single-cylinder, DOHC engine, which has lost an insignificant 0.2hp in the update, resulting in a peak of 30.7hp that comes at 9000rpm, 500rpm higher than before. The max torque, 20.3lbft, is unchanged but arrives 250rpm higher at 7750rpm. While the essentials are unchanged, with the same 76mm bore and 63mm stroke as before and an unaltered 10.7:1 compression ratio, there’s a new exhaust mid-section with a larger catalytic converter allied to side-exit silencer that’s been internally redesigned.

It drives through a new assist and slipper clutch that’s intended to make gearchanges easier than before. Despite the tweaks, there’s no change to economy, with the 2022 CB300R returning the same 85.3mpg as the previous model, making for a range of around 200 miles from a full, 10-litre tank. 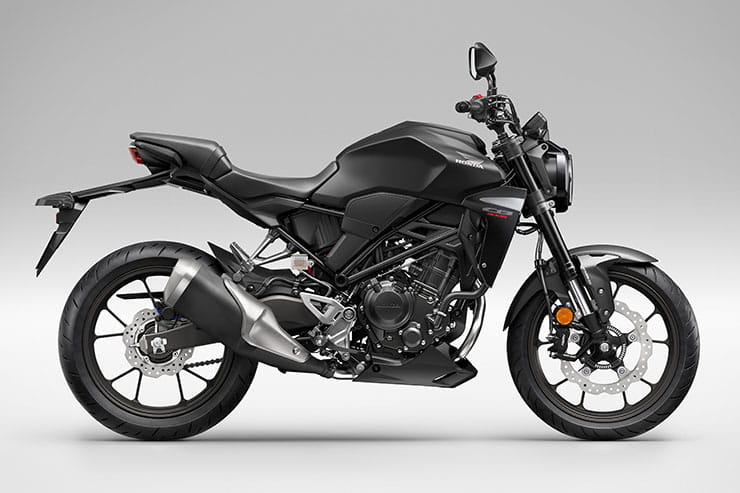 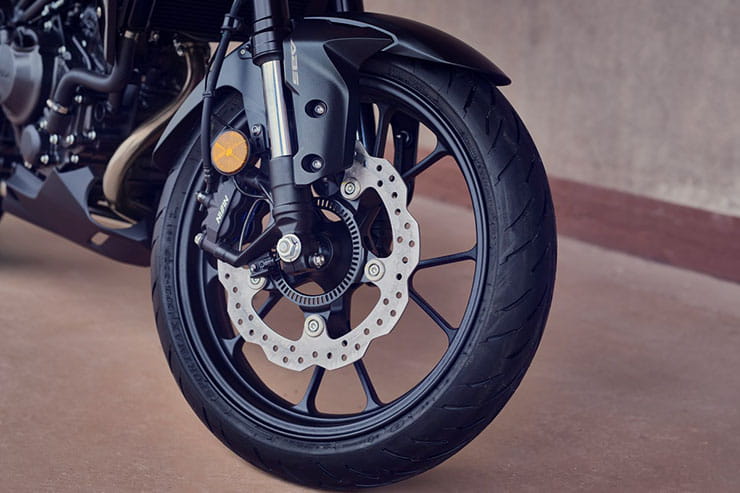 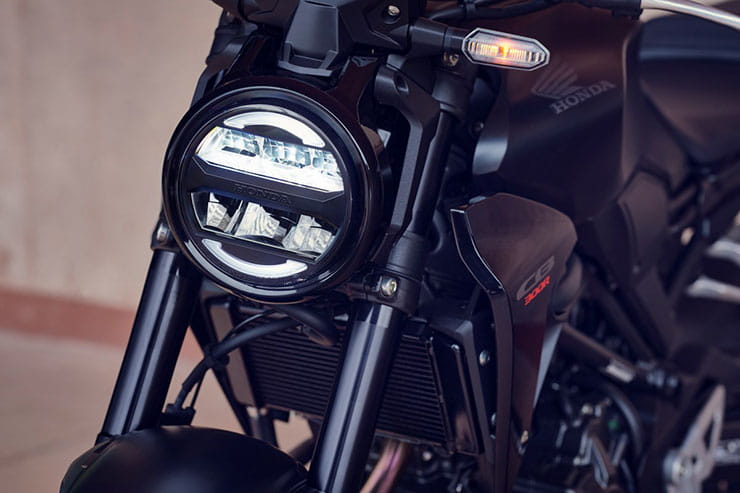 The revised engine is bolted to an unaltered steel frame, but the forks are new for 2021. Measuring the same 41mm as before, they’re now Showa’s SFF-BP (Separate Function front Fork – Big Piston) design. That means there’s damping in one fork leg and the spring in the other, making them lighter and more effective than before.

There’s no change to the rear suspension, which retains the same preload-adjustable monoshock as before, and the lighter forks largely offset the extra weight of the new catalytic converter, bring the bike’s wet weight to just 144kg – a single kilo heavier than the old Euro4 version of the bike.

As on the old model, braking comes from a radial-mount, 4-pot Nissin caliper assisted by IMU-operated ABS that balances the antilock between the front and rear. The wheels are unchanged, with 150/60-17 rear and 110/70-17 front rubber. 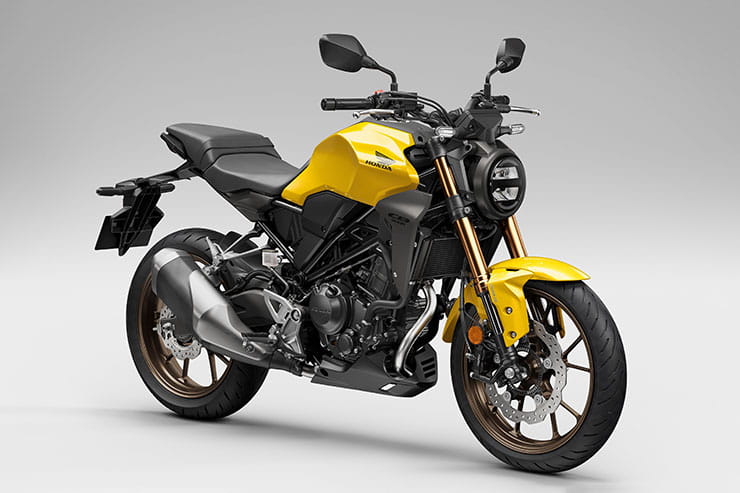 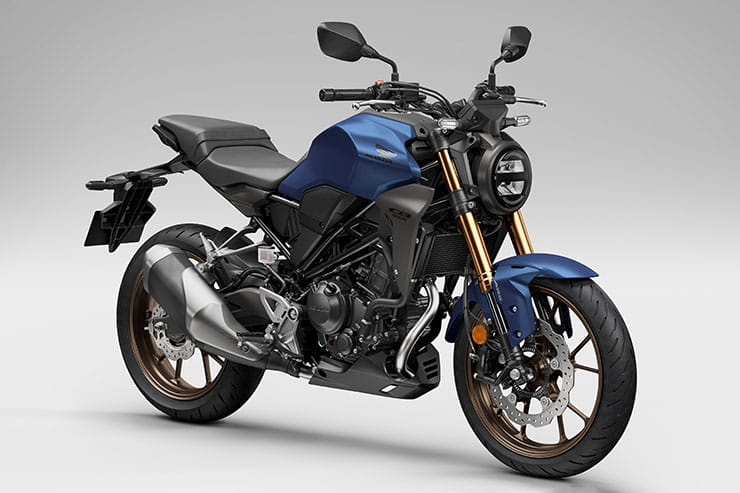 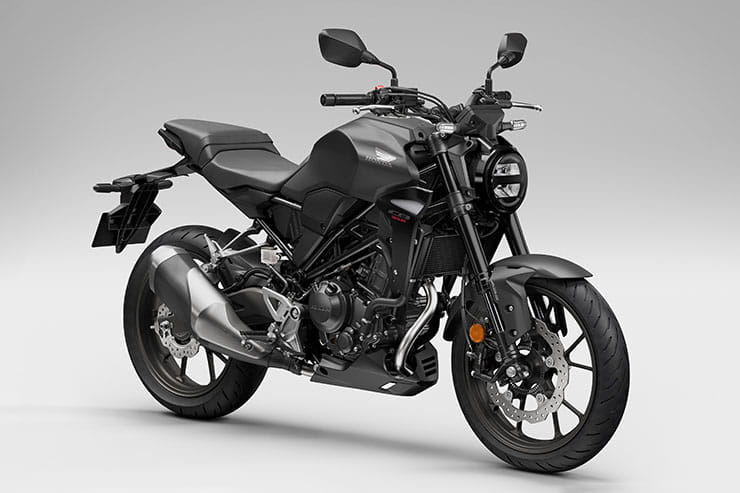 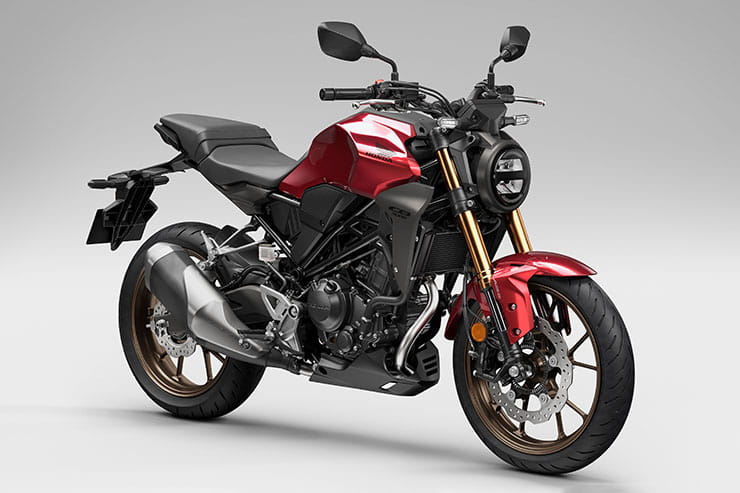 Visually, there’s little to pick out the new bike from the old version, with the same ‘Neo Sports Café’ styling and only one changed component in the form of a seat with revised material covering it. However, there are new colours for 2022, with ‘Pearl Dusk Yellow’ and ‘Mat Pearl Agile Blue’ joining the previous black metallic and candy red options. On board, a minor tweak to the LCD dash is a revised gear position indicator. As before the lights are all LED units.