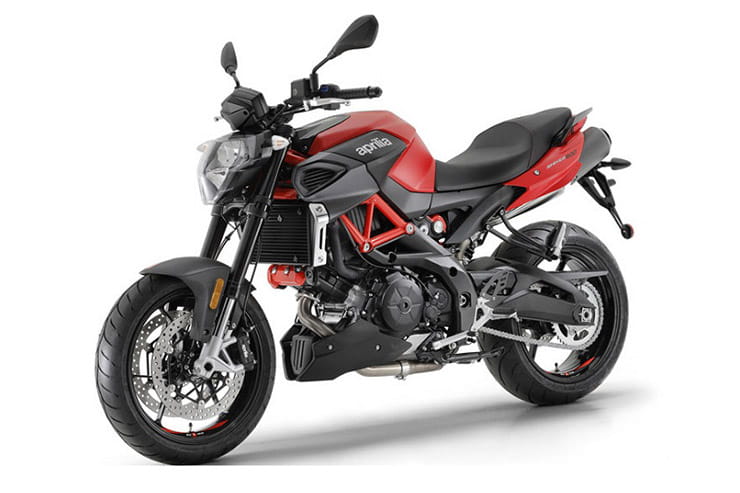 The growing number of large-capacity, Chinese-made, multi-cylinder bikes is about to increase again with plans from Piaggio and Zongshen to make a Chinese version of the 900cc V-twin used in the Shiver and Dorsoduro.

While those bikes have disappeared from European markets in the wake of the introduction of Euro5 emissions rules, they’re still current models on some markets and their engine has been effectively confirmed as the basis of Chinese-made machines that are set to be launched within the next year. It’s news that adds a new element of intrigue to Zongshen’s Cyclone RA9 concept bike, which was unveiled late last year and featured futuristic styling wrapped around the frame and engine of the Aprilia Shiver. With Zongshen expected to take on production of new versions of the Shiver and Dorsoduro, the chances that the Cyclone concept could become a production bike have increased substantially.

Piaggio’s arrangement with Zongshen dates back to 2004, when the firms established Piaggio Zongshen Foshan Motorcycle Co. Ltd. Today, the company makes an array of Piaggio and Aprilia-branded motorcycles and scooters, up to and including the GPR250R – effectively a 250cc version of the RS125 that we’re offered here. It was at a race event for the GPR250R, held in China earlier this month, that representatives from the firm took part in a Q&A in which they confirmed that a range of new Chinese-made models powered by a 900cc, 90-degree V-twin engine was due within the next year.

There are already several examples of Chinese firms partnering with European manufacturers and using their components. Most notably, we’ve recently seen the launch of the CFMoto MT800 in Europe, based around the 799cc parallel twin that CFMoto manufactures on behalf of KTM. CFMoto has also launched a 1250cc tourer in China using a derivative of KTM’s larger LC8 V-twin engine.

Should it reach production, the Zongshen Cyclone RA9 would immediately become one of the most intriguing motorcycles to emerge from China. Although the engine and the chassis are familiar Aprilia parts, the bike’s styling includes a single-sided swingarm and a fat, single exhaust tucked under the stubby single seat unit.

Despite its joint venture with Piaggio, Zongshen also has ties to other European brands, most notably in its use of the Norton 650cc parallel twin engine in the recently launched Cyclone RX6 and has plans to launch an upsized 850cc in future Cyclone-branded models. Will these large Cyclones ever be sold over here? That remains to be seen, but they’re another indication that China’s motorcycle industry is increasingly serious about making large bikes that might well appeal to riders on this side of the world. 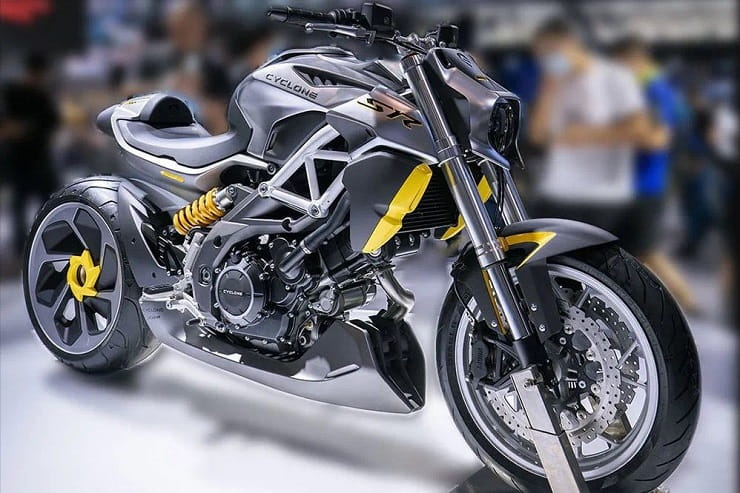