New Yamaha Ténéré 700 World Raid goes further than ever before 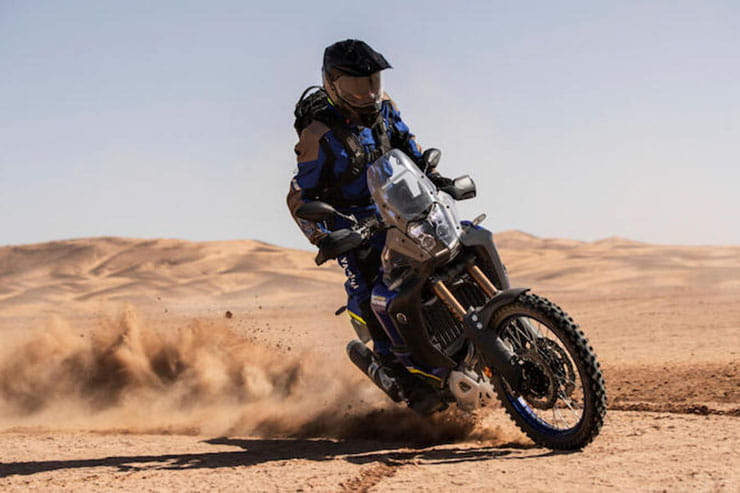 Yamaha has pulled the wraps off the latest iteration of its popular small off-roader - the Yamaha Ténéré 700 World Raid - as a more practical adventure motorcycle designed to rival an influx of larger-engined models.

Launched in 2019, the Ténéré 700 was conceived to offer the go-anywhere abilities and hard-wearing mechanicals of a dedicated off-road motorcycle, but in a lighter and more compact package than many of its rivals.

It’s an approach that has seen the Ténéré 700 win a loyal and dedicated fan base since, while media reviews have been similarly effusive about its quality and value-for-money, as well as its impressive strengths in the rough stuff. 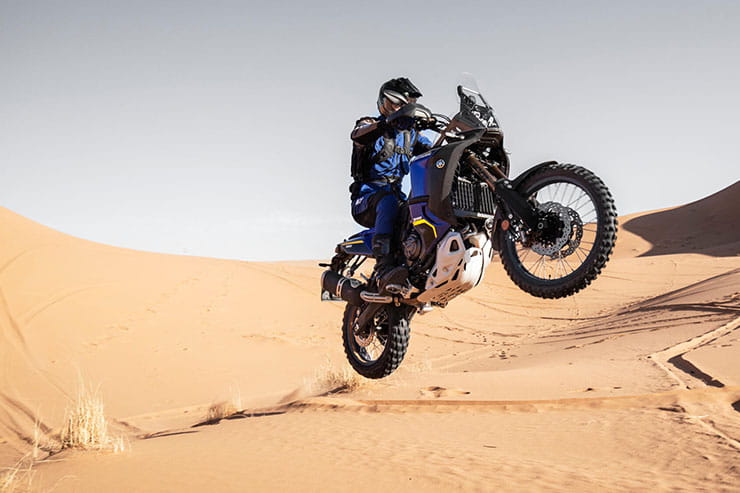 However, the limitations of its size meant a limited range too with the 16-litre fuel tank of the standard model significantly down on its rivals. Instead of developing a larger engined model though, Yamaha has instead reprofiled the Ténéré 700 to create the World Raid, distinguished by its new 23 litre tank - which is larger than that of the new Ducati DesertX and KTM 890 Adventure.

Moreover, Yamaha has achieved this with some impressive design trickery by fitting a double tank; one positioned in the conventional location and another lower down.

Cleverly, Yamaha has expanded on the size of this by making the tank twin-sided, making the top of the tank actually lower than the smaller tank on the standard Ténéré 700, enabling improved ergonomics and rider comfort. Meanwhile, the other tank has a lower centre of gravity, which improves handling and stability. Yamaha claims the Ténéré 700 World Raid is capable of 500km range. 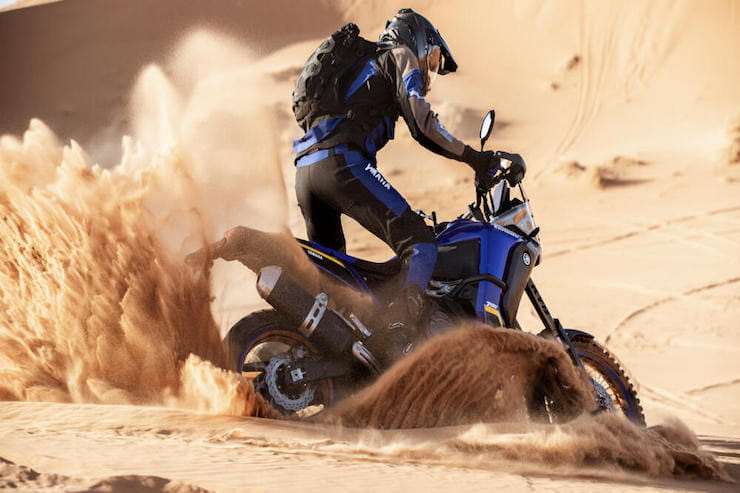 With the dual tank design reducing its height, Yamaha has integrated a flatter seat for easier switching of rider position, while Yamaha has also incorporated a new 5” colour TFT dashboard connected to the Yamaha MyRide app.

It is designed to alert riders of any potential problems with the bike or on their route, which will no doubt provide extra reassurance for longer distance trips or when riding in unfamiliar territory. 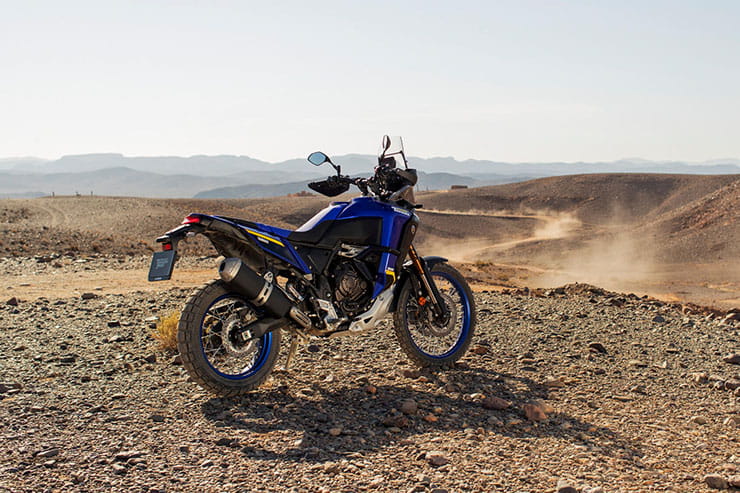 With long-distance travel at its heart, the Ténéré 700 Word Raid comes with three-mode on-road/off-road ABS, plus special KYB 43mm front forks with 230mm of travel and Öhlins steering damper. 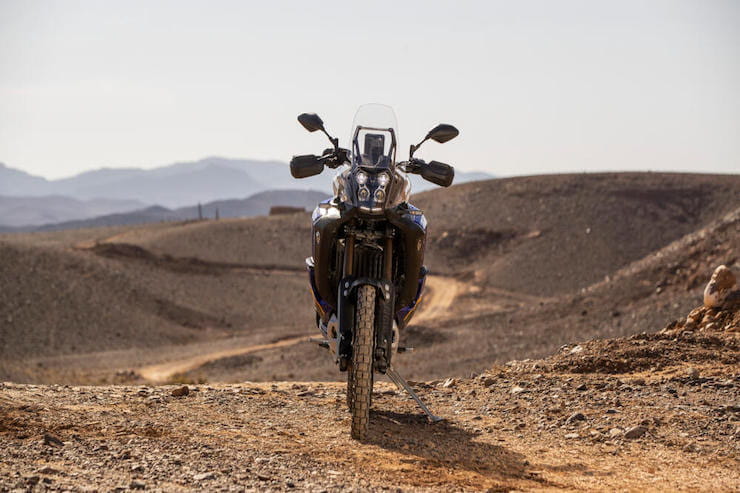 The design, meanwhile, remains relatively unchanged from the existing Ténéré 700 with the angular, utilitarian style given an eye-catching colour twist with its blue colourway with yellow inserts in a nod to its Dakar rally raid efforts. 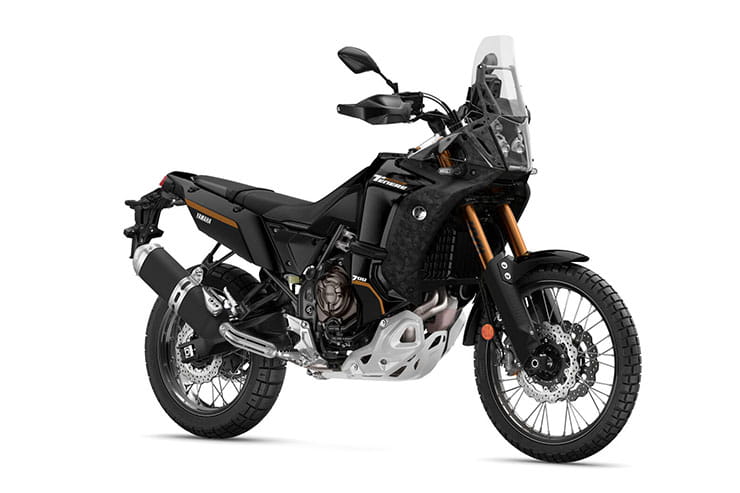