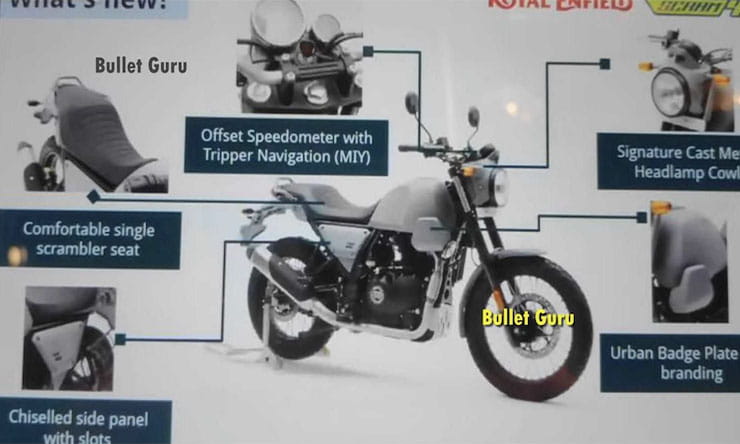 The first Royal Enfield spin-off model to come from the Himalayan platform - the Royal Enfield Scram 411 - has been revealed in a leaked image ahead of its imminent official world premiere.

A model that has slowly taken form in various patent renders and spy shots of prototypes over the last few months, the brand-new Scrambler model is now ready to make its public bow this month.

However, Royal Enfield’s thunder has been rather stolen away after the Scram 411 was revealed in its final form, revealing its rugged design and several key features.

Coming six years after Royal Enfield launched the successful and fondly regarded Himalayan small adventure motorcycle, the Scram is built around the same 411cc platform and borrows a number of styling cues from its more off-road oriented sibling. 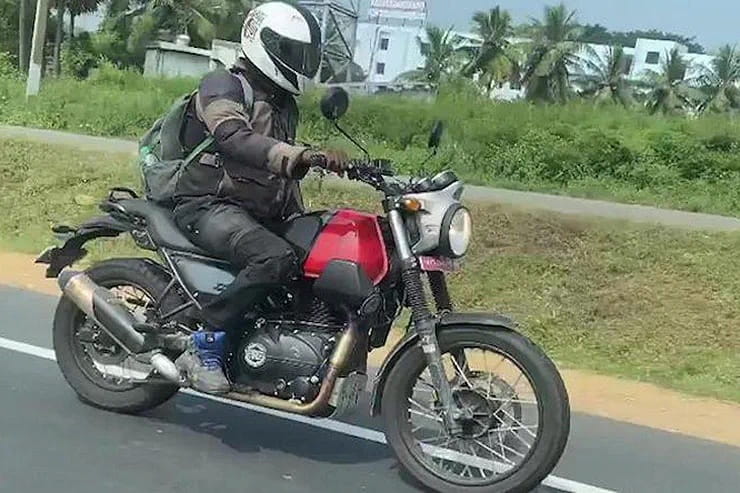 While it retains a similar utilitarian profile to the Himalayan, the Scram 411 cuts a more streamlined dash with the removal of the windscreen and the addition of a 19-inch front wheel (which replaces a 21-inch rim).

Interestingly, Royal Enfield has turned to the Meteor 350 for inspiration with its instrumentation, namely the inclusion of the simple yet smart Tripper Navigation system which relays the graphics from a phone’s maps app.

With the 411cc engine pumping out 24.5hp at 6,500rpm and peak torque measured as 32Nm at 4,000rpm, the Scram is 20mm lower to the ground than the Himalayan to pitch it towards lighter off-road activity.

The Scram 411 is the first of several new models on the way from Royal Enfield over the coming months with the Super Meteor and Shotgun set to double the firm’s 650cc offerings this Spring, while the Hunter 350 will be the roadster to the Meteor 350’s popular budget cruiser when it goes on sale around April 2022.