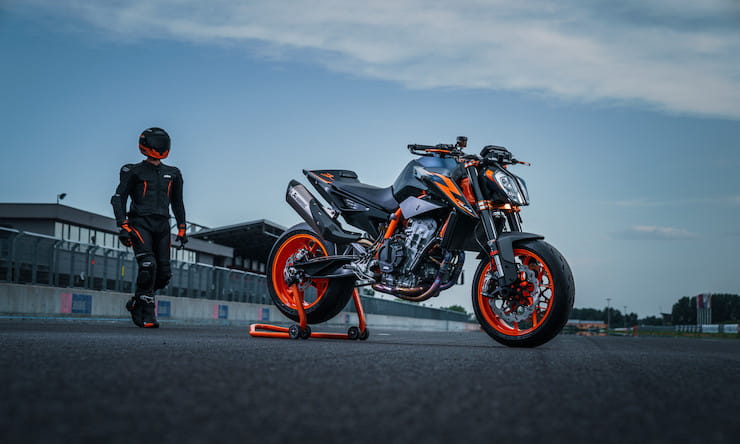 KTM has announced it will reveal a brand-new addition to its mid-weight 890 Duke range this month with the launch of a sportier MotoGP-inspired ‘GP’ variant, while new colourways have also been added to the line-up.

Having been conspicuous in its absence at EICMA in November, the Austrian manufacturer is instead taking its launches online with a series of promotional drives slated for the year ahead.

Following the theme of its launch of the new KTM 1290 Super Duke R EVO in November 2021, KTM is turning its attention to one of its volume sellers for February 2021, with a whole month dedicated to the ‘Scalpel’ - otherwise known as the 890 Duke. 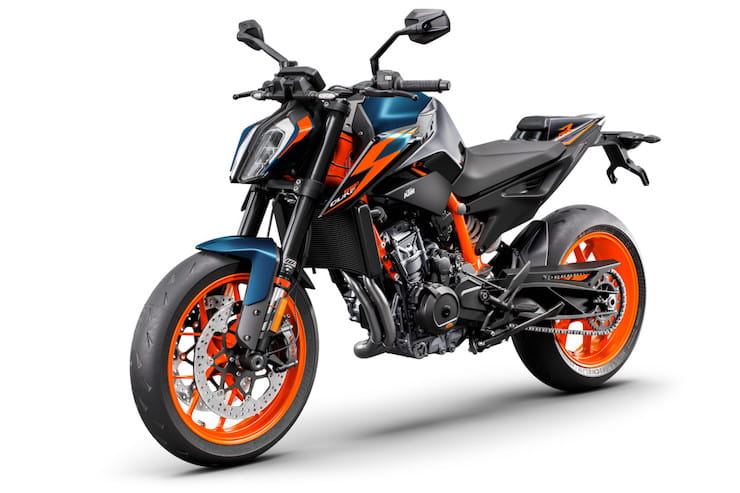 Within this, KTM has confirmed the impending unveiling of a new ‘GP’ version, which it will pull the wraps off on 22 February.

Since it is unusual for manufacturers to craft a press release around a new model it hasn’t revealed as yet, there is scant information about the 890 Duke GP, except for the note that it has been inspired by its MotoGP-competing cousin, the KTM RC16.

While the liberal smattering of its ‘Scalpel’ nickname and plenty of references to cutting-edge precision is classic KTM, the description for the GP - “stepping into the ring as a re-fire title contender” - is by comparison rather more baffling.

As such, it remains to be seen what form the 890 Duke GP will take. Even so, there is wide scope potentially, from simply launching it with a MotoGP-inspired colourway or developing it as a roadgoing naked version of the sister track-only KTM RC 8C sportsbike.

In the meantime, KTM has gone live with a new colourway option for the 890 Duke R, with Atlantic Blue available to bring it into line with the 1290 Duke R and RC390.