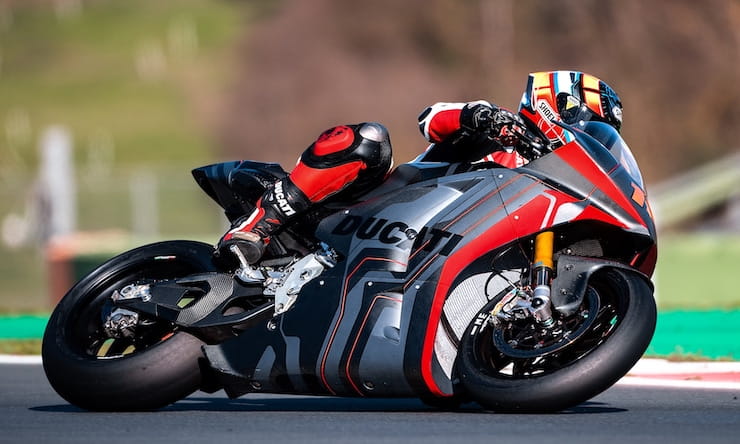 Ducati’s much anticipated maiden foray into electric mobility continues to take shape as the firm’s all-new sportsbike racer piles on the miles ahead of its use in the 2023 MotoE World Cup racing series.

Codenamed ‘V21L’ - more colloquially known as the Ducati MotoE - the sportsbike was first unveiled as an early prototype in December 2021, just weeks after it was confirmed the Italian manufacturer had secured the tender to supply all entries to the MotoE World Cup from 2023 until 2026.

Launched in 2019, the MotoE World Cup became the world’s first FIM-recognised all-electric motorcycle racing series and is now a familiar supporting fixture at selected rounds of the MotoGP World Championship. 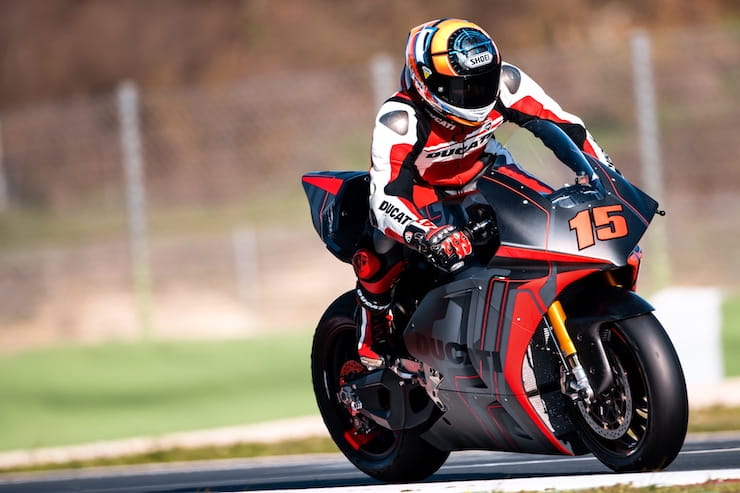 However, while the motorcycle that currently forms the basis of the one-make series - the Energica Ego - is based on a roadgoing model, the Ducati MotoE racer has been designed from the ground up as a honed prototype racer to make it more in-keeping with the ethos of GP motorcycle racing.

Having undergone rigorous testing over the last four months in readiness for its debut in just over a year’s time, Ducati has now released a video of the racer in action with ex-MotoGP rider Alex de Angelis at the controls.

“Ever since we took the Ducati MotoE prototype to the track for the first time, development work on the project has never stopped, not even for a moment,” said Roberto Canè, Ducati eMobility Director.

“The hard work of the whole team is paying off for the efforts made through continuous progress, which is giving us great satisfaction.

“In just four months, our prototype has already tackled the curves of some of the main Italian circuits, providing positive responses. There is still a lot of work to do, but the direction is certainly the right one.” 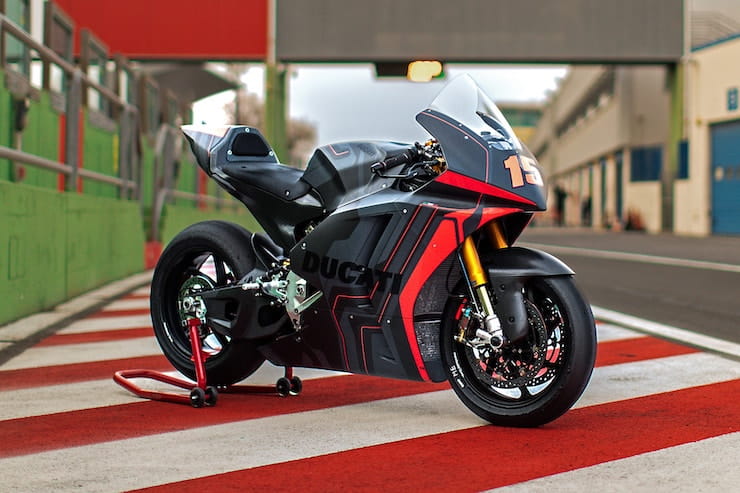 While Energica’s decision to step away from MotoE had been anticipated, the decision to award the control tender to Ducati from 2023 was a major surprise.

Indeed, Ducati had previously been coy about how it intends to approach electrifying its range of premium motorcycles, many of which are performance-based models.

However, the MotoE deal is seen as a major first step towards both increasing awareness of Ducati’s inevitable electric shift and speeding up development of its technology for a value-added purpose.

While the MotoE prototype bears a resemblance to the design language of the Panigale sportsbikes, Ducati has played down talk of it being adapted into a roadgoing model, at least until after its deal with Dorna and the FIM expires.