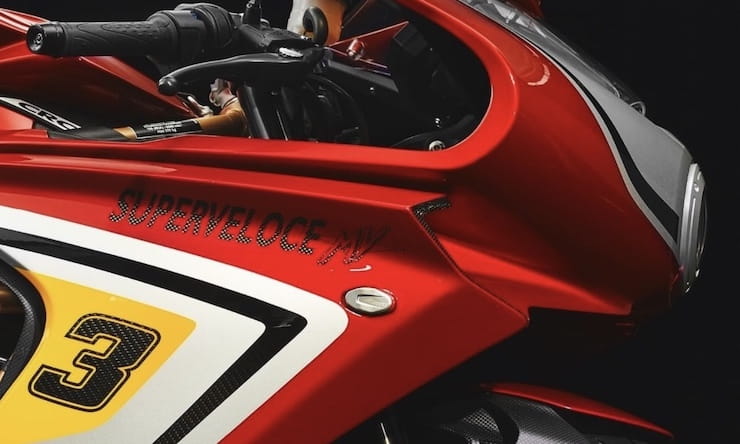 The Italian manufacturer is currently hard at work behind-the-scenes preparing to introduce an influx of fresh models aimed at quadrupling sales from 5,000 to 20,000 motorcycles per year, led by the MV Agusta Lucky Explorer (5.5 and 9.5) adventure twins, followed by a new generation F4 sportsbike flagship.

Until that happens though, MV Agusta has kept things ticking over with yet another special edition variant of its Superveloce 800 showpiece, the Testalarga.

A one-off creation very much at odds with those bold volume aspirations, the MV Agusta Superveloce 800 Testalarga follows on from the Alpine - developed in conjunction with the Renault-owned sportscar brand - and the Ago, inspired by MV-associated Grand Prix racing legend Giacomo Agostini. 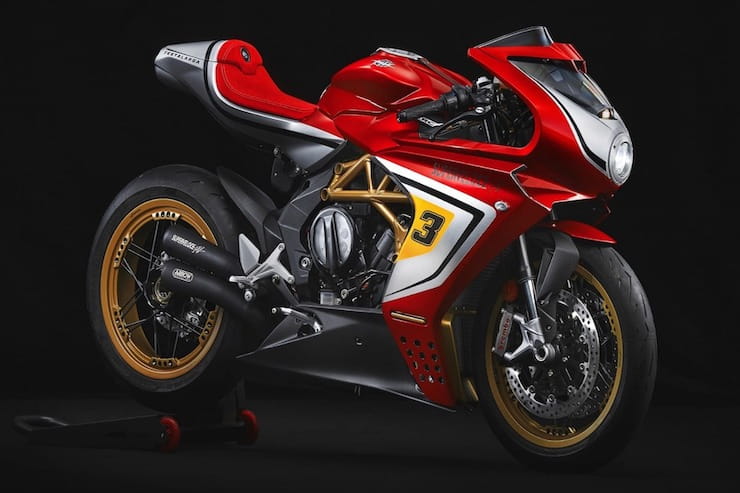 Like the Ago, the Testalarga harks back to MVs of yesteryear, in particular the racing motorcycles that powered to dozens of world titles during the 50s, 60s and 70s.

Among these was the classic 1973 MV Agusta Testalarga, distinguished by its over-sized cylinder heads or as it is directly translated ‘broadhead’. 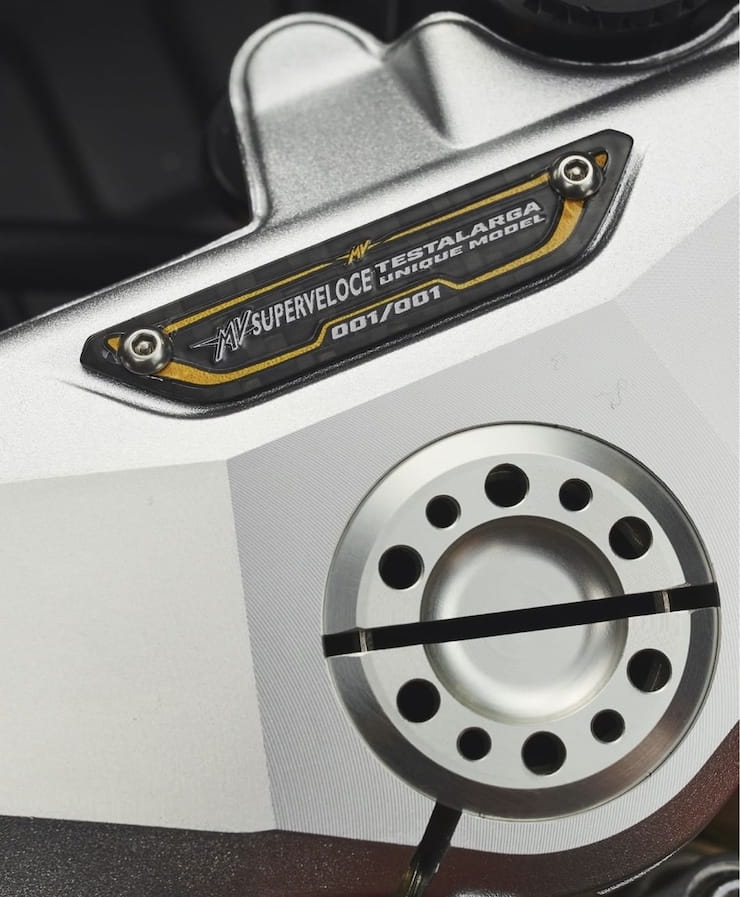 The modern interpretation on the Superveloce 800 features unique touches such as the evocative red and silver paint job adorned with a yellow, swept-back plate on the fairing, plus commemorative plates declaring it as a ‘unique model’.

It also features a reprofiled front nose cone and windscreen and a number of modifications designed to enhance the performance of the 147bhp triple-cylinder 798cc engine.

The official launch and full details of the MV Agusta Superveloce 800 Testalarga is due in the coming days.